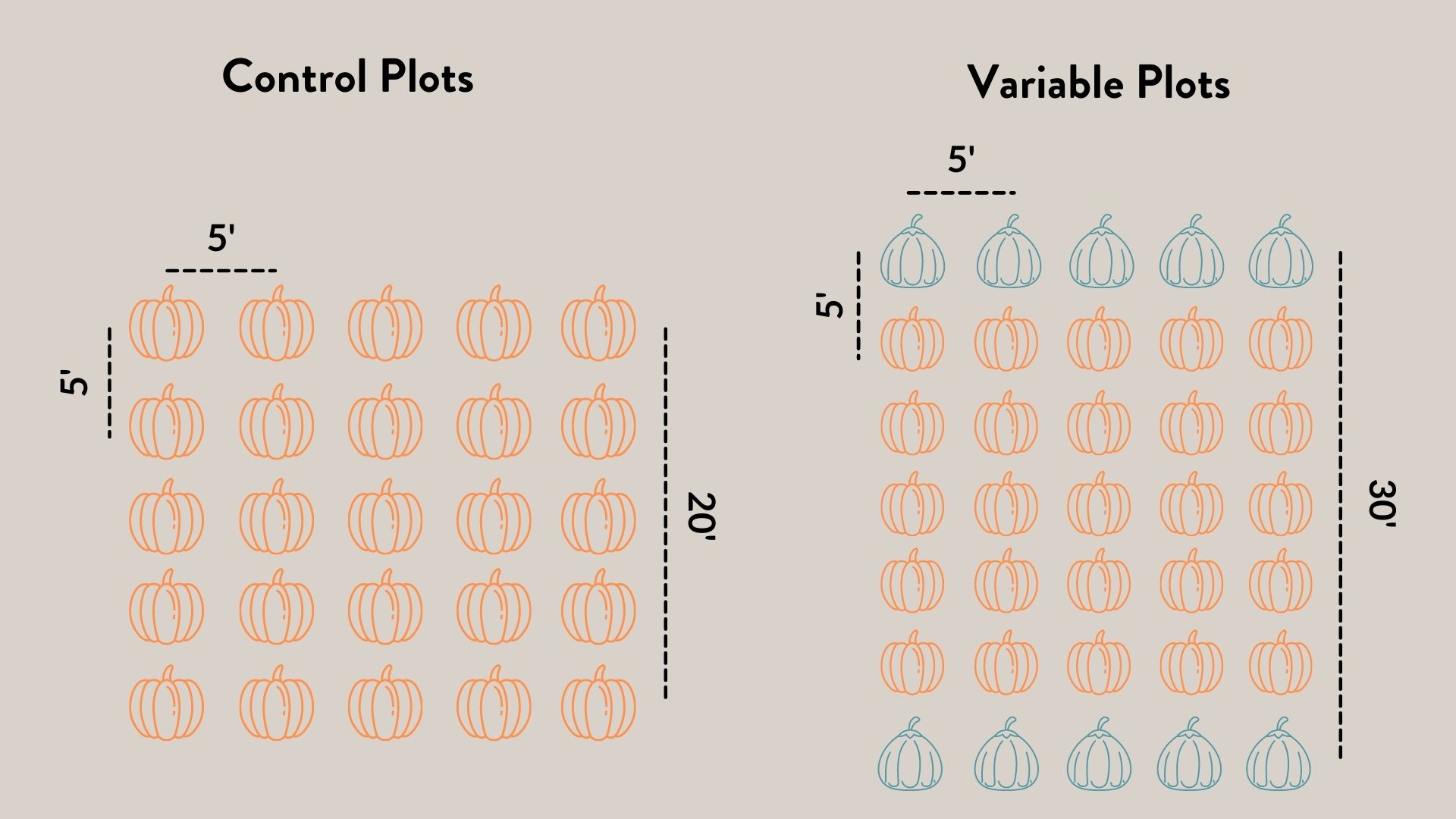 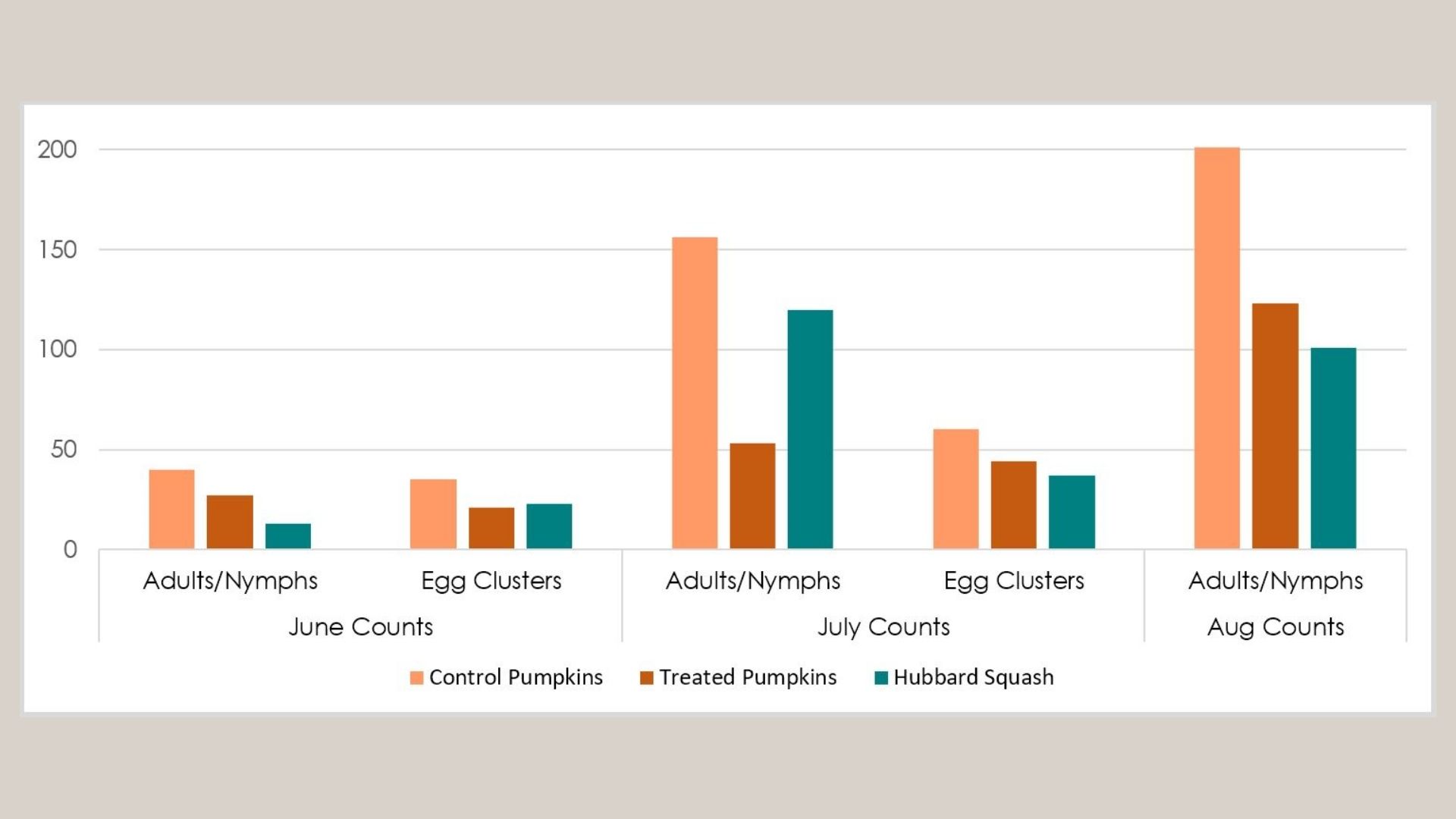 Trap cropping involves growing plants alongside target crops that are more appealing to certain pests, thereby protecting the target crop. It is an important cultural control method within integrated pest management (IPM). Various research studies have shown blue hubbard squash to be an effective trap crop in suppressing squash bug (Anasa tristis) such as a 1997 study from Oklahoma State University and a 2009 study from the University of Massachusetts and the University of Connecticut.

In 2021, the USU Extension IPM program conducted trials at the USU Kaysville and Greenville research farms in northern Utah to determine if hubbard squash is a viable trap crop for Utah's climate. At both locations, we planted two plots with 25 Howden pumpkins (Cucurbita pepo) in 5 rows on plastic mulch and drip irrigation. One plot at each site was also planted with New England blue hubbard squash (C. pepo) at the ends of each pumpkin row, for a total of 10 additional plants (see diagram at right).

The hubbard squash was planted two weeks prior to the pumpkins, in the last week of May, and pumpkins were planted in early June. In northern Utah, overwintering adult squash bugs emerge in May to find host plants, and allowing the hubbard squash to start growing earlier provided a more appealing host to this overwintering generation.

In the study, we visually inspected each plant in both plots and both locations for squash bug adults, nymphs, and egg masses. The scouting process was conducted three times in June, July, and August. During the June and July counts, we hand-picked and killed (by dumping in soapy water) squash bug adults and nymphs and removed eggs with duct tape from all blue hubbard squash plants and not from pumpkins. We harvested pumpkins in September and removed all plant residue from the site to reduce overwintering areas for the squash bugs.

These results indicate that the hubbard squash trap crop was effective in reducing squash bugs on the cash crop. For a trap crop system to be effective, it is important to treat the pest on the trap crop. Our trial was on a small scale and we could remove squash bugs by hand. For larger operations, growers could use an insecticide such as carbaryl, bifenthrin, esfenvalerate, permethrin, or zeta-cypermethrin. Review our infographic on squash bug management for additional cultural, mechanical, biological, and chemical control options.