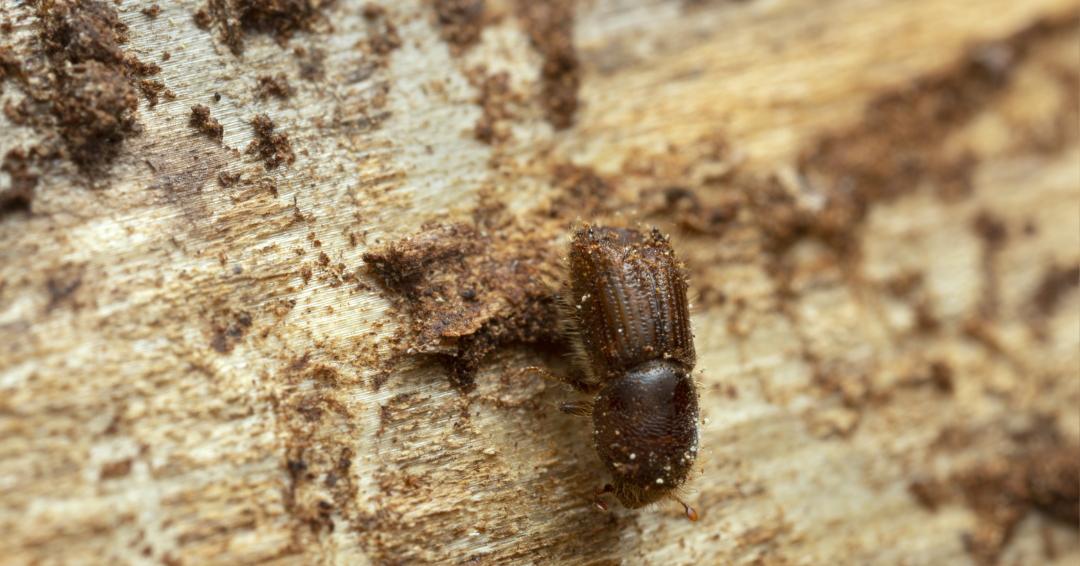 As the current drought in the western U.S. stretches into multiple years, be on the look-out for sustained stress in native and ornamental conifers. A prolonged drought in the early to mid-2000s led to outbreaks of several species of Ips bark beetles, killing ornamental conifers in parks, cemeteries, nurseries, and home landscapes. Dry soils in the spring and fall, when supplemental irrigation is typically absent, can be especially stressful to trees.DMV causes many different symptoms, and it is currently unknown what affects symptom development. Some plants may show no symptoms at all while others are stunted, have mosaic patterns, vein clearing on leaves, or develop necrotic lesions. In some varieties, leaves are distorted and color breaking may occur on infected flowers. Moreover, stunted plants frequently do not produce marketable flowers.

There are at least 25 species of Ips native to the Intermountain West. They have been traditionally considered secondary invaders of forest trees attacking those already succumbing to other factors and infesting limbs in slash piles following logging operations. In combination with drought stress, Ips function more as primary pests and have become a major factor contributing to conifer mortality, in landscapes and nurseries and in native lower elevation pines (e.g., pinyon pines) on dry slopes.

Ips adults are small, 1/8 – 3/8 inch in length with toothlike spines on their hind end. They attack trees in large masses by releasing aggregating pheromones. Mass attack allows them to overcome a tree’s natural defenses, such as pitch tubes. Flights of adults are most synchronized in the spring when they emerge from over wintering and to a lesser extent in the fall. Adults preferentially attack smaller diameter limbs at tops of trees. They can move down the trunk within several months and kill a tree within a growing season. A life cycle can be completed in six to eight weeks, resulting in several generations within a tree and up to five generations in a season.

Beetles feed in conductive tissues of the cambium just under the bark creating characteristic Y- or H-shaped tunnels, called galleries. They disrupt the transport of nutrients and water. Adult males invade first and then attract females with species-specific sex pheromones. Adults form a central tunnel in which they will mate and lay eggs. When larvae emerge from eggs, they form narrow, side tunnels as they feed. Larvae pupate at the ends of tunnels and emerge as adults through a small “shothole” they bore through the bark.

A primary management strategy is to prevent stress. Trees that are most at risk for stress include crowded plantings, trees on dry sites (e.g., slopes with fast-draining soils), those affected by compaction or injury from construction, and trees not receiving adequate and deep irrigation into the root zone. Established trees typically need 2-4 inches  of water every month. Avoid and prevent mechanical injuries and infestation by other pests. Once an Ips population becomes established in a local area, other susceptible conifers nearby are especially at risk for attack. Transport of infested logs can distribute infestations to new areas

Because infestations usually begin at the tops of trees, it can be difficult to diagnose Ips from the ground. Top kill and a rapidly descending dieback are common symptoms. Use binoculars to look for adult emergence holes in the upper trunks of tall trees. If a tree is less than half infested, it may be saved by insecticide treatment, although loss of the central leader will permanently distort the tree’s shape. Dead and heavily infested trees require prompt removal. If the wood contains live beetles it should be disposed of in a site at least 2-3 miles from host trees or treated to kill the beetles. To kill beetles within wood, remove the bark, chip, and spread the chips to dry thoroughly. Or logs can be covered for several months with clear plastic to generate lethal temperatures on warm and sunny days.