Please give us feedback on one of our weekly question and answer articles. We value your time so the evaluation will only take 3 minutes or less, we promise!

Tips for Correcting a Child’s Misbehavior 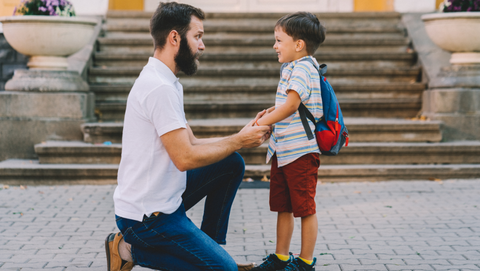 One of the most challenging things for many parents is figuring out how to deal with their child’s misbehavior. It can be incredibly frustrating for parents when children don’t do what they ask or do just the opposite of what they want them to do. While there is no manual specifically for your child, this article explains why some commonly used strategies don’t work, and guidance that is backed by research on what to do instead.

First, let’s look at some strategies that don’t work.

Instead of using the ineffective strategies just discussed, try using the following practices that research has shown to work:

Finally, it is important to mention that one of the most important factors that influences our ability as parents to effectively correct our children’s behavior is the quality of our relationship with them. This means that you notice and verbally recognize positive behaviors often, you show empathy by letting them know that you understand they are having a hard time before correcting their behavior, and you make them feel like you are on their side no matter what. While you may need to correct undesired behaviors in the moment, focusing on the long-term goal of building a positive relationship will go a long way toward reducing how often you have to deal with these behaviors in the future.