Injury appears shortly after petal fall as small corky areas alone or small corky areas surrounded by a depression. Golden Delicious is typically more susceptible to damage than Red Delicious. Pear fruit rarely suffer damage, even at high campylomma populations. Campylomma overwinter as eggs laid in the young twigs of apple, pear and other rosaceous plants. These eggs begin hatching in the spring at about pink stage of apple bud development. This insect has three to four generations per year. A portion of first generation adults migrate from orchard trees to herbaceous weeds, particularly common mullein. However, campylomma can be found in apple and pear orchards throughout the growing season. Late nymphal stages and adults are beneficial predators of aphids, mites and pear psylla. In late summer through fall, adults will migrate into orchards to lay overwintering eggs.

Sample apple trees starting at pink stage of apple bud development, because research in Washington indicates that pre-bloom and bloom chemical treatments are more effective than post-bloom treatments. Campylomma nymphs can be sampled by hitting a limb three times with a padded stick and jarring nymphs on to a cloth tray. The tray can be square or round and measure 18 inches x 18 inches (square) or 20 inches diameter (round). Sample one limb on each of at least 10 trees in blocks of 5 acres or less and on 20 trees in blocks larger than 5 acres. Research from Washington state indicates, that if there is less than 0.1 insect per tray on Golden Delicious and less than 1.0 per tray on Red Delicious at bloom, there will be less than 1 percent fruit damage at harvest on those varieties. Fruit appears to lose sensitivity to damage as it matures and fruit larger than 1/2 inch in diameter is fairly insensitive to campylomma injury. See “Campylomma Beating Tray Method” for a sampling form and more instructions.

There are no effective cultural control tactics and no effective natural enemies have been discovered for campylomma. Therefore, control efforts currently rely on properly timed application of chemicals.

There is a narrow opportunity for control between when the eggs hatch and when fruit damage by the nymphs occurs. Fruit is susceptible to injury from bloom until fruit reaches about 1/2 inch in diameter. However, the bloom through petal fall stage is the most susceptible to injury. Therefore chemical controls applied by late bloom are the most effective. If there has been a history of campylomma problems in an orchard, chlorpyrifos (Lorsban) can be used in the delayed dormant application to provide some suppression of spring nymph densities.

All brands are registered trademarks. Examples of brands may not be all-inclusive, but are meant to provide examples of products registered in Utah. The availability of pesticides may change. Always read the label for registered uses, application and safety information, and protection and pre-harvest intervals. 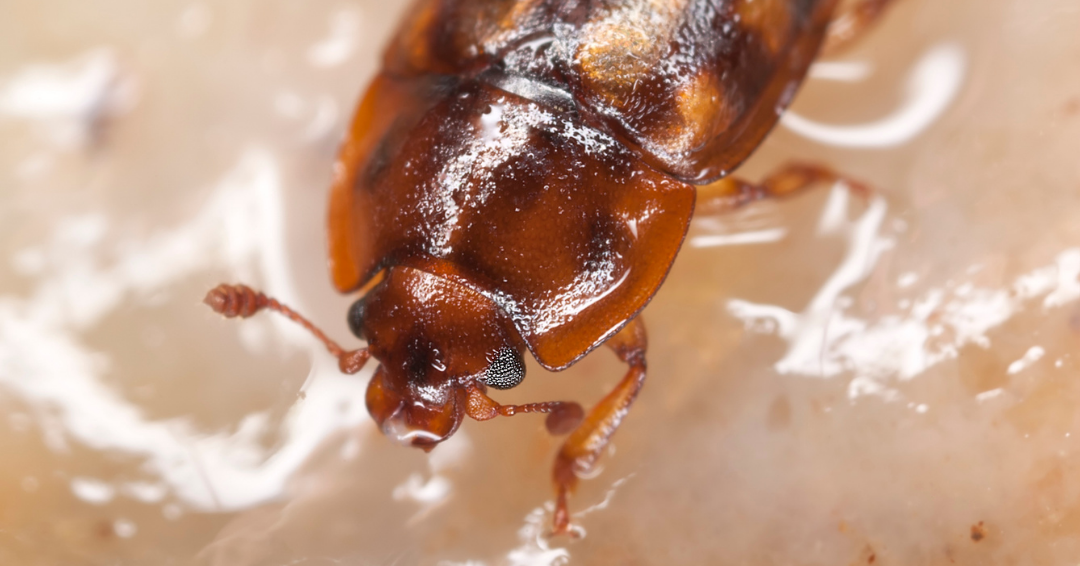