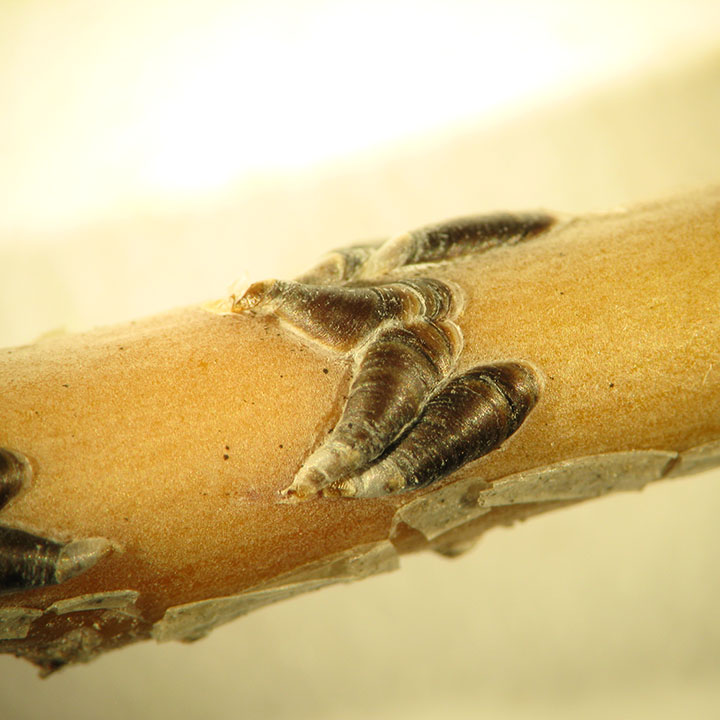 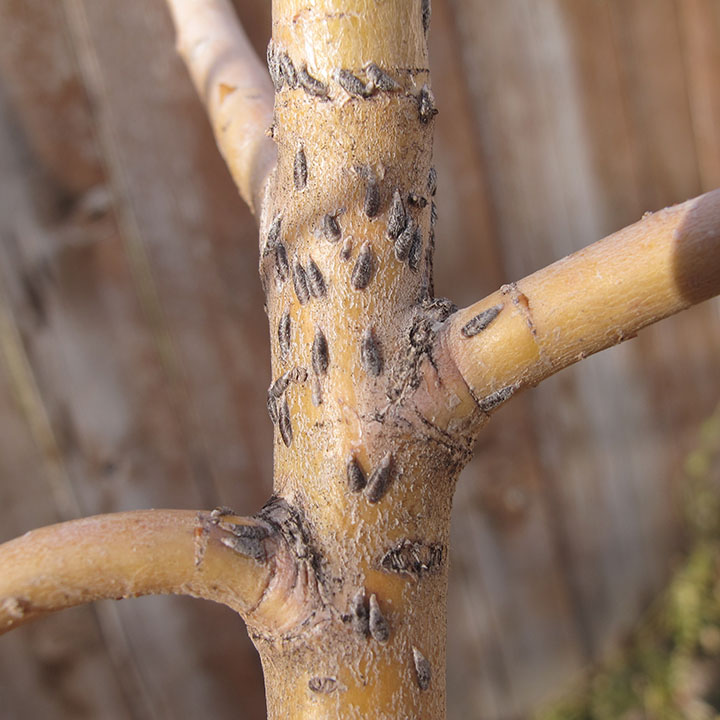 Adult oystershell scales are immobile insects enclosed in a shell made up of its own shed skins and waxy secretions. Under the covering is a sac-like organism that is quite different in appearance from most insects. It has no legs, eyes, or antennae. They feed by sucking the fluids from within plant cells (mesophyll) located just under the bark. Because these are armored scales, they do not excrete honeydew. Populations can build quickly, causing reduced plant vigor.

In Utah, there is one generation per year. Eggs are deposited in late summer and early fall and overwinter under the female scale. Estimates of egg production range from 40 to 150 eggs per female. Egg hatch begins in late May or early June and continues for about two weeks. The newly-hatched, tiny white to light yellow nymphs are called "crawlers" and have functional legs. They move about over the bark for a short period of time, and eventually insert their long, thin mouthparts into the host plant, and begin to secrete the protective waxy coating, taking on the "oystershell" appearance as they go through successive molts and growth. There they will remain for the rest of their lives.

Monitoring is important to identify when crawlers are active. Ways to monitor include:

In some cases, heavy accumulations of scale can be removed from the bark with a stiff scrub brush or a plastic scrub pad.

Natural enemies of oystershell scales may provide some degree of control. These include certain species of lady beetles (such as twice-stabbed and sevenspotted), parasitic wasps (Aphytis mytilaspidis and Encarsia citrina), and predatory mites (in the genera Neophyllobius and Rhyzobius).

Oystershell scales are most susceptible to insecticides during the crawler stage.

Merit and its generics (imidacloprid) are not effective on armored scales.