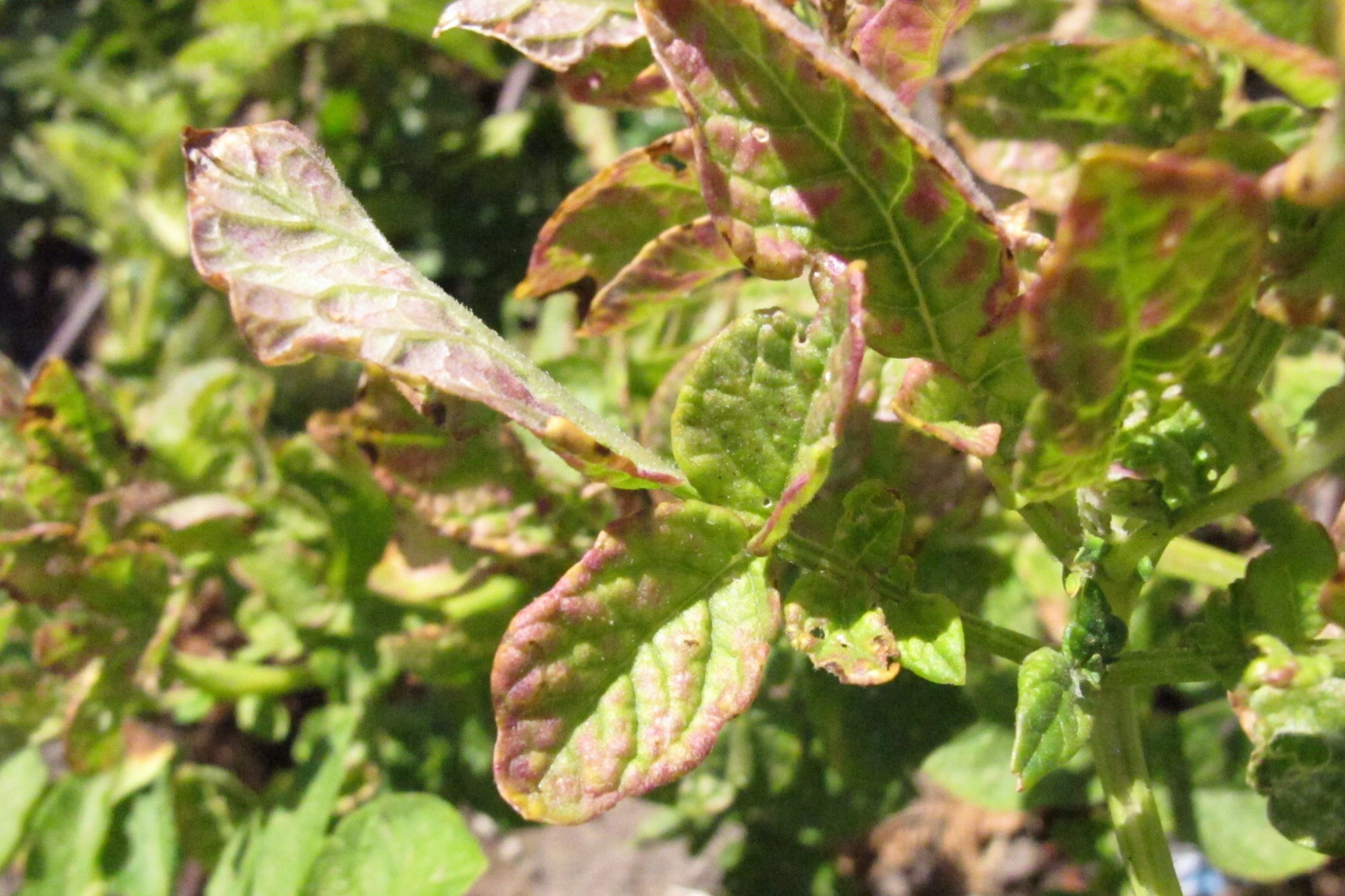 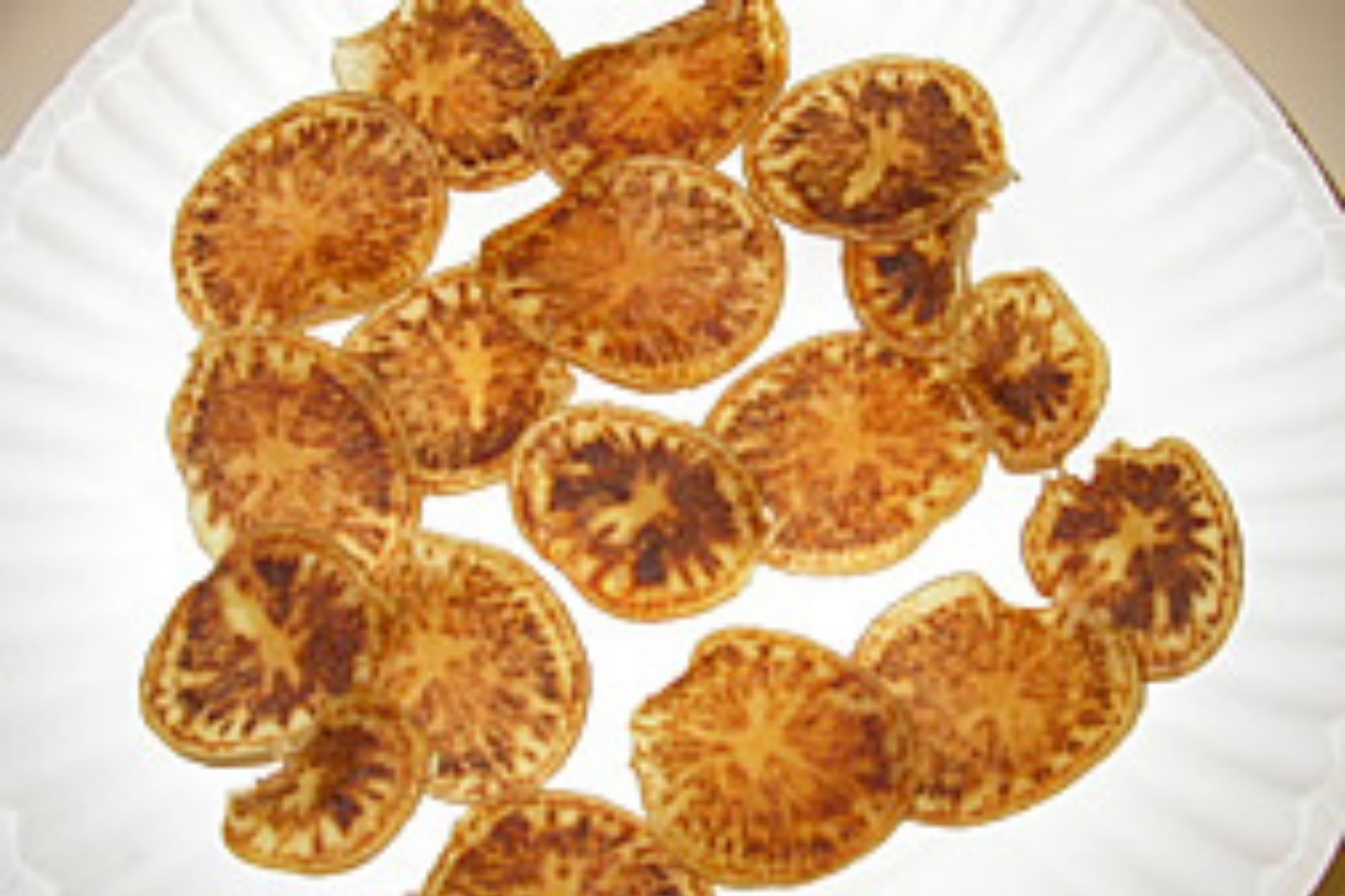 Zebra chip disease (Candidatus Liberibacter solanacearum) is a concern throughout the growing season.

Above-ground symptoms include yellowing and a pink-reddish discoloration of the foliage, and brown striations on sliced potato tubers (even more pronounced when fried).

The disease occurs across Utah but infection levels vary from year to year. The disease tends to be more common in areas that had it in the past.