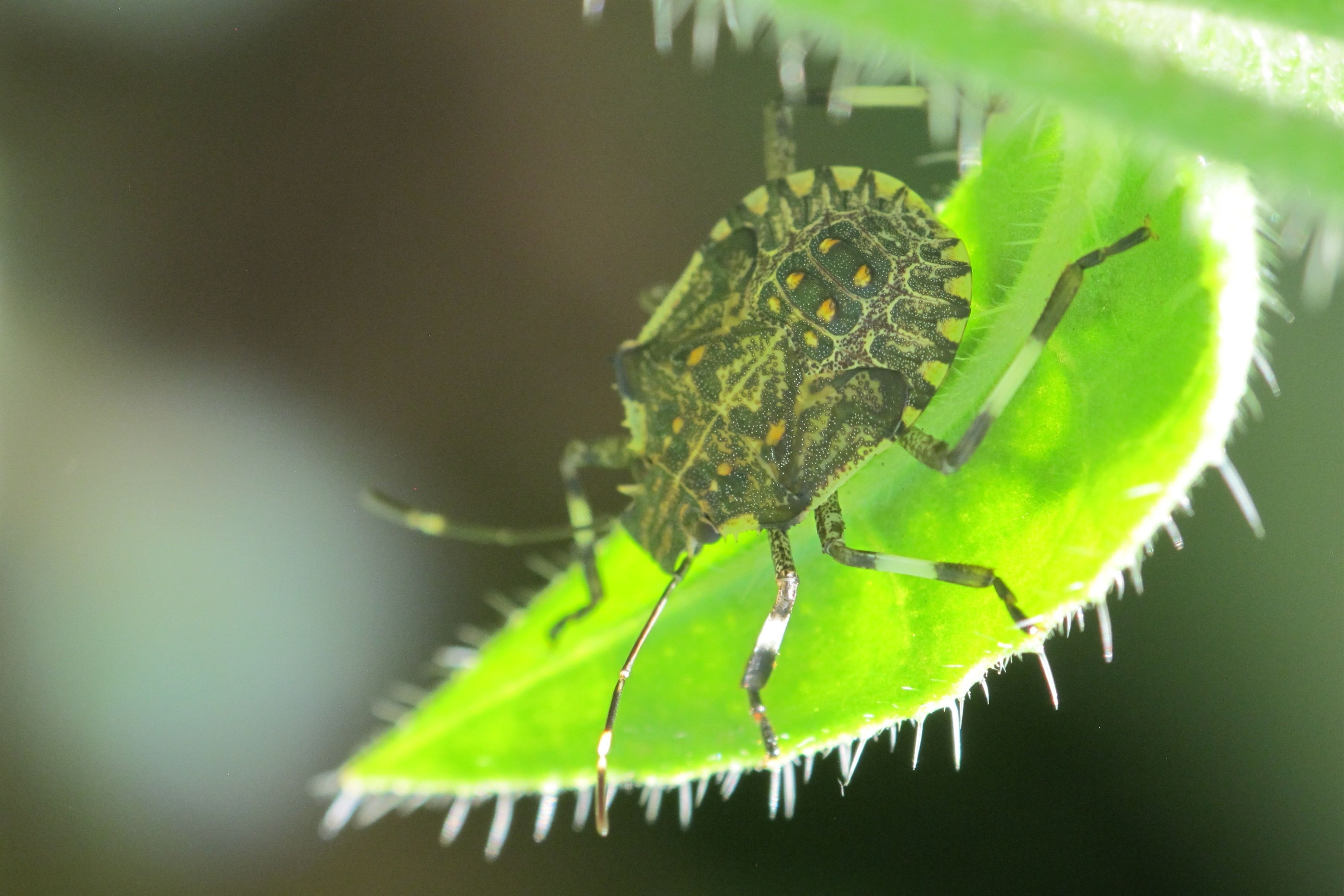 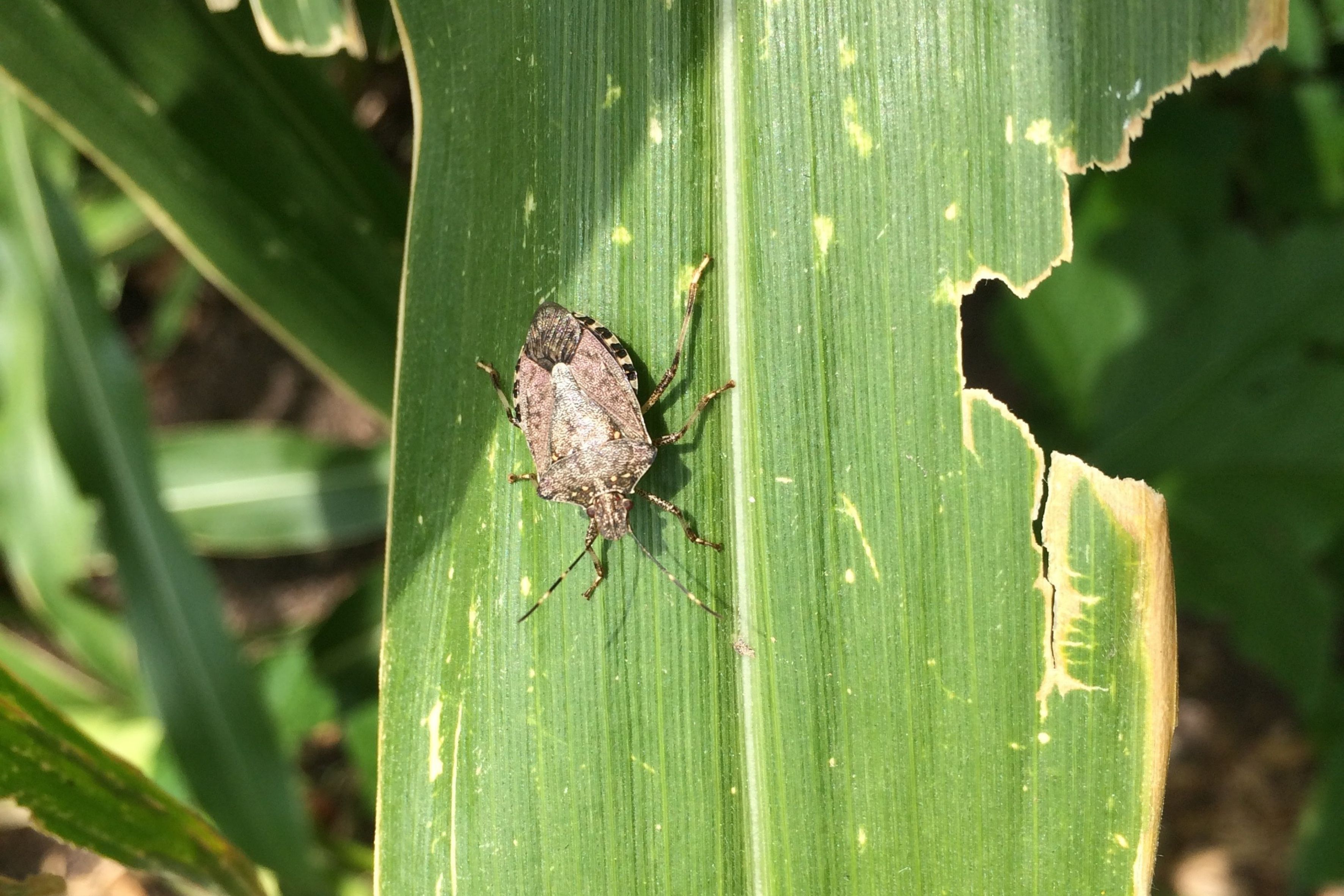 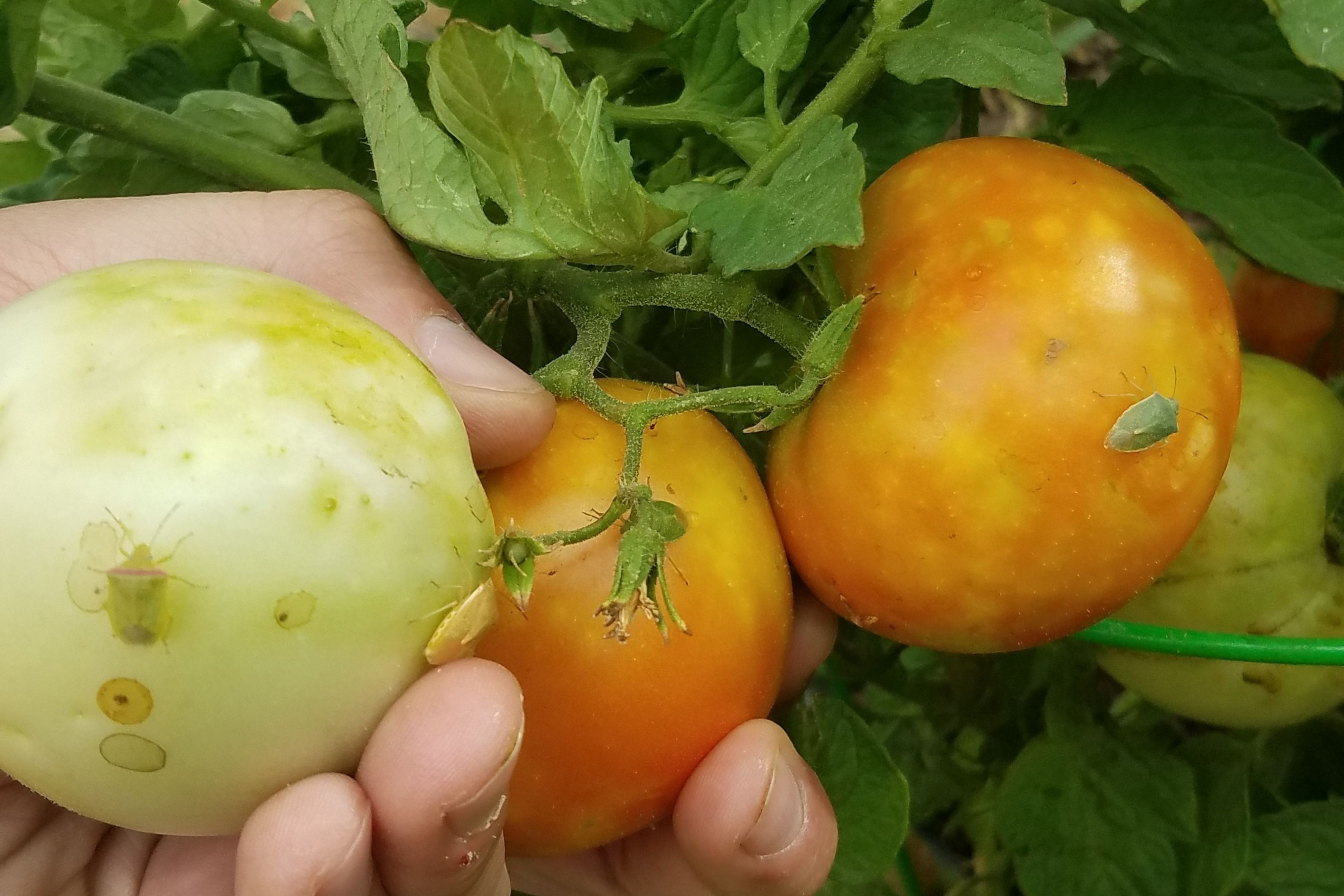 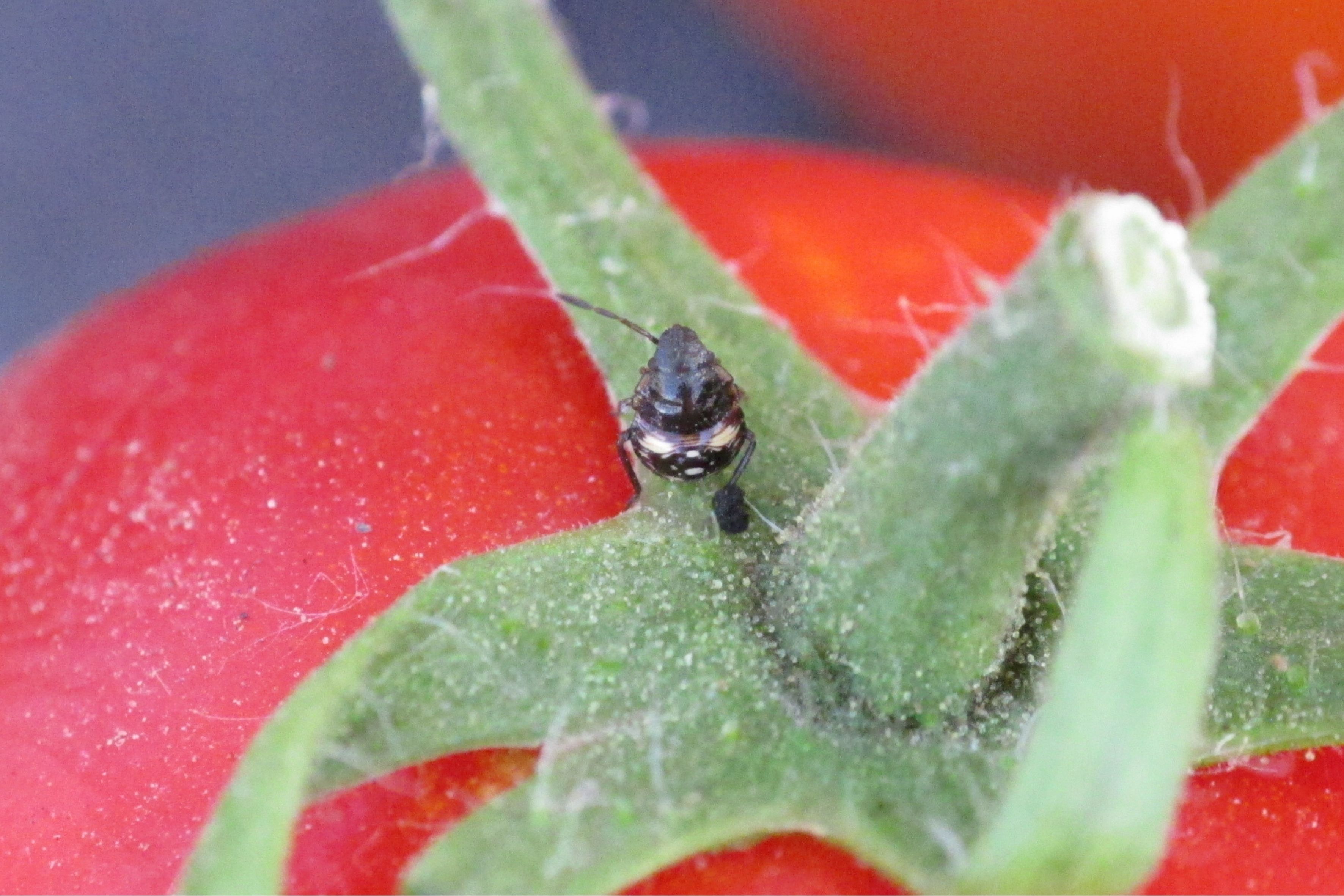 Adults are shield-shaped bugs. Eggs are barrel-shaped and laid in clusters of 10-30 on host leaves. Different species will have different appearances.

Stink bugs can have 2-3 overlapping generations in a year. They overwinter as adults under leaves, plant debris, weedy areas, and other protected sites such as buildings or structures, wood piles, or dead trees. They're typically a concern from July through harvest. The damage is greatest during warm, dry periods.

Small numbers of stink bugs can cause serious damage to fruits and vegetables. Stink bugs can be difficult to kill with insecticides due to their strong flight capability and tolerance to insecticide residues. Brown, consperse, and onespotted stink bugs are only minor pests of fruits and buds. BMSB is a new invasive pest in Utah; it has the potential to cause severe crop damage.

Time for Concern: Throughout the growing season.

When and Where to Scout: Egg clusters and stink bugs can be found on hemp plants starting in midsummer through harvest. Larger populations may occur along field edges.

Occurrence in Utah: All stink bug species listed above occur in Utah and many have been found on hemp, but not causing economic damage or visible symptoms.

When to consider treatment: