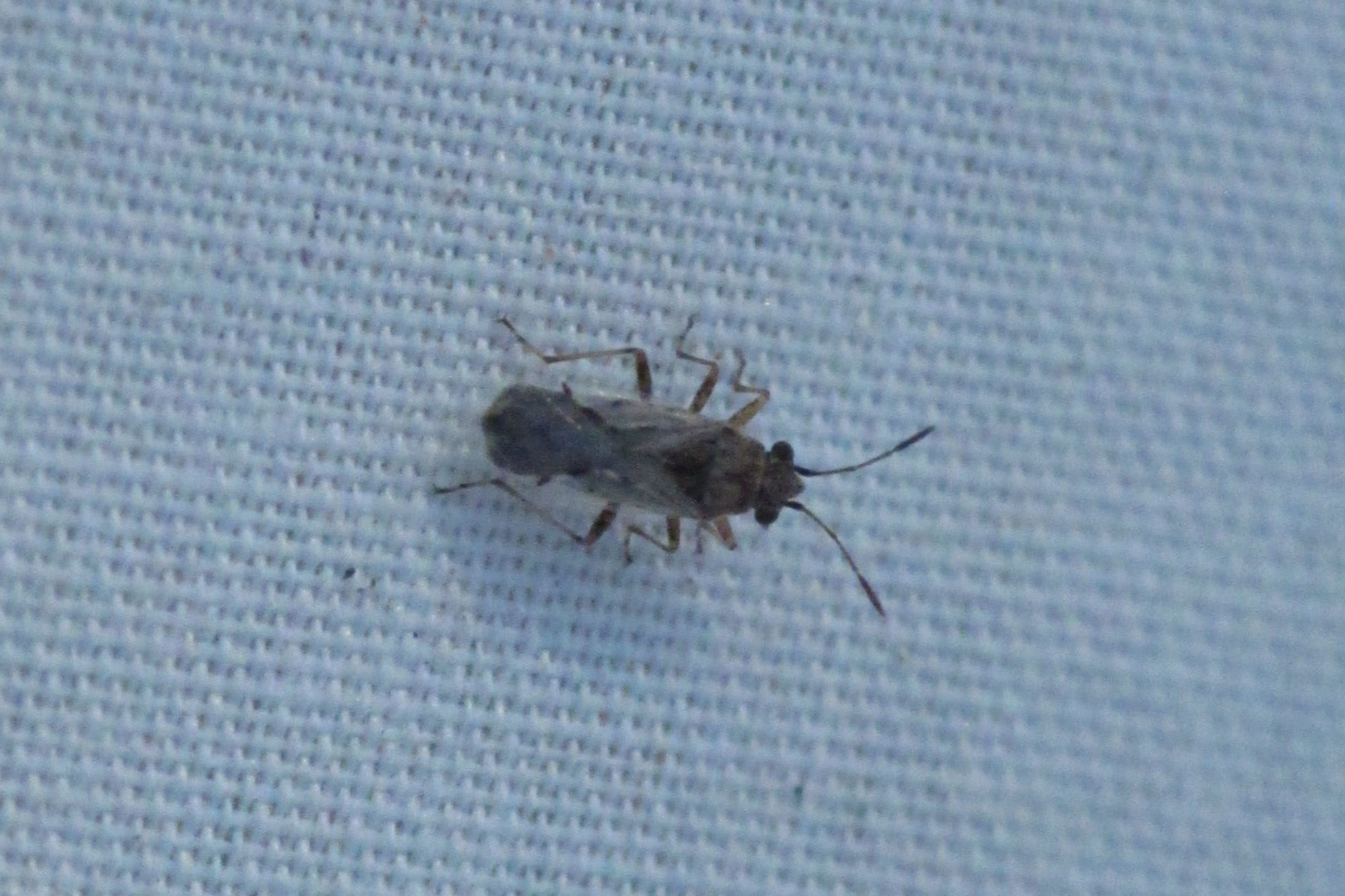 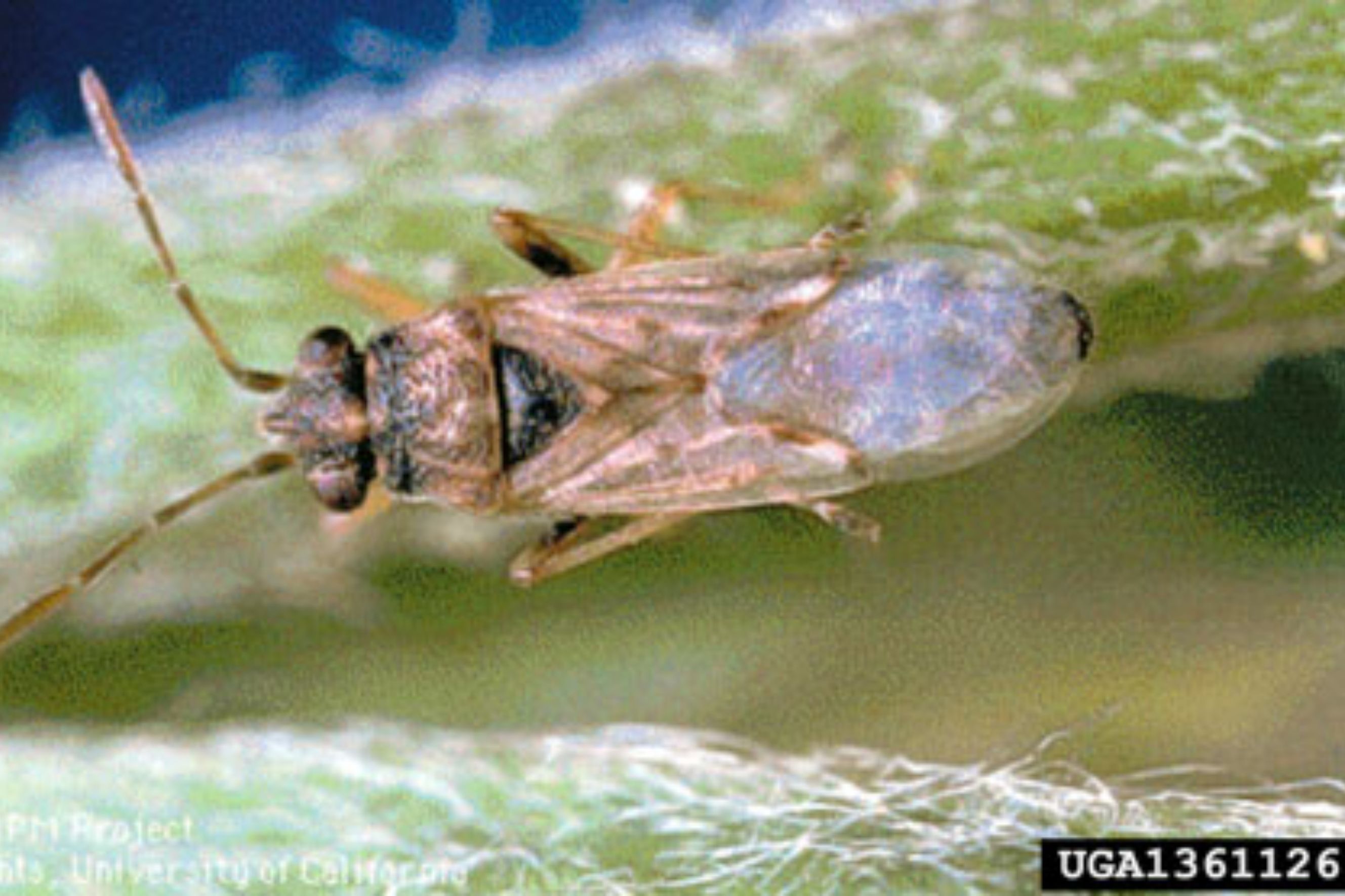 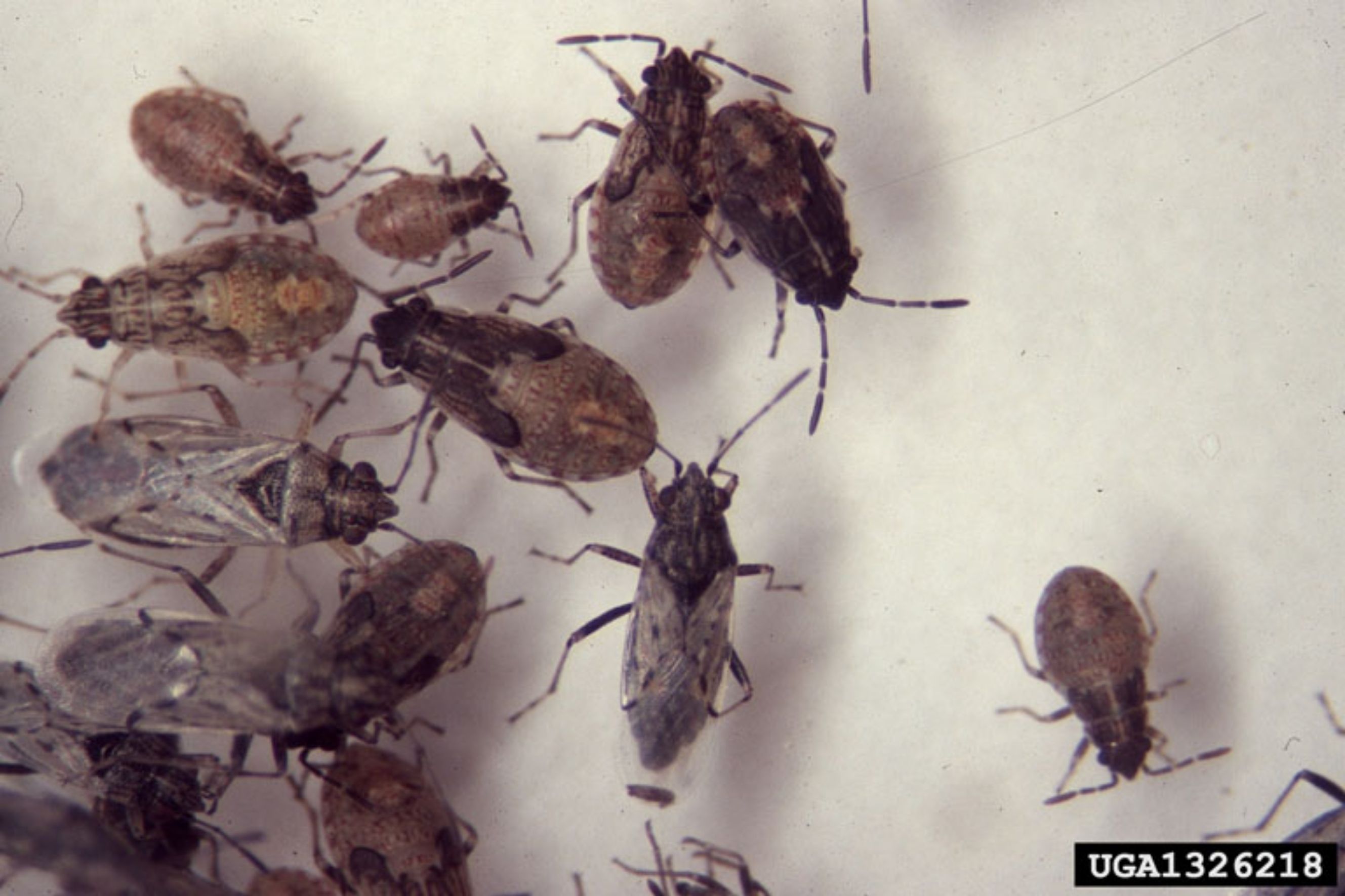 Adults and nymphs feed with piercing-sucking mouthparts. Large numbers of aggregating adults on individual plants can cause plants to wilt and die rapidly. Outbreaks that destroy plantings usually occur early in the year. Later in the season aggregations are commonly seen on developing seed heads.

False chinch bug feeding does not seem to be very destructive to vegetables and often little, if any injury is observed. Spot infestations are sporadic but can cause wilting and plant death, especially early in the year.

Adults and nymphs move to developing mustards in early spring. Look for aggregations on individual plants during July and early August. Adults and nymphs are most active during cooler mornings or late evenings.

Time for Concern: July through August.

When and Where to Scout: Scout field edges that may contain mustards starting in early spring. Look for aggregations on individual plants in July and August. Adults and nymphs are most active during cooler mornings or late evenings.

Threat Level: Medium. In hemp, false chinch bug feeding does not seem to be very destructive when populations are low but can cause serious damage when high in numbers. Typical false chinch bug damage in hemp has minimal effect on yield. Spot infestations are sporadic due to their highly migratory behavior, but can cause wilting and plant death, especially on smaller plants.

Occurrence in Utah: On occasion, chinch bugs have invaded new field plantings due to dried weeds in adjacent fields. No economic damage has been reported.