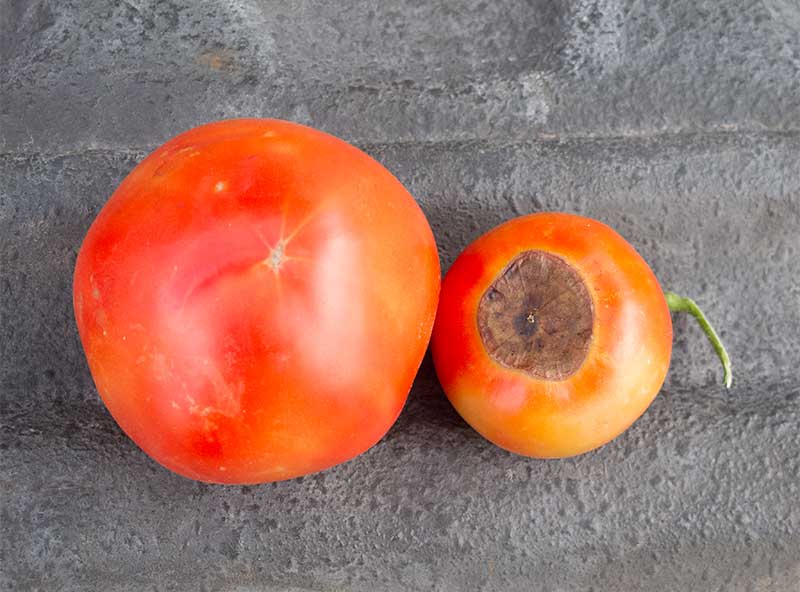 Tomato without BER (left) and with BER (right). 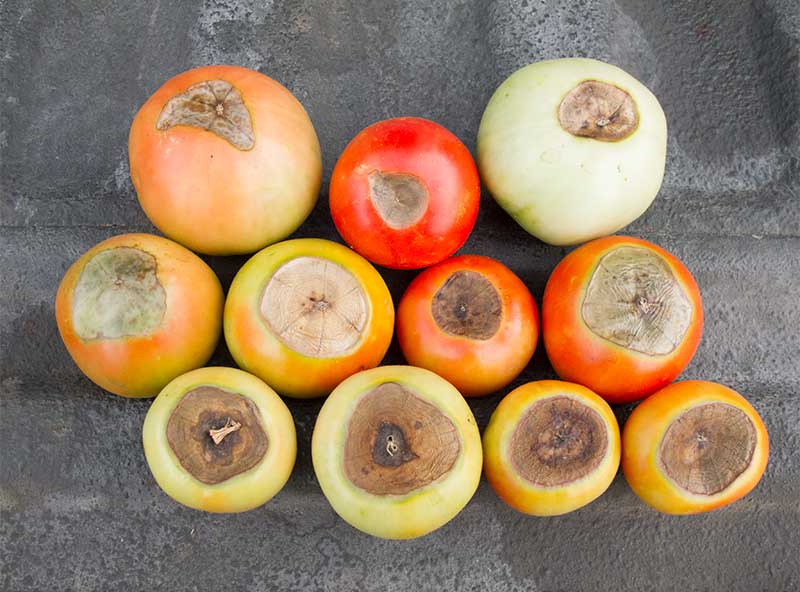 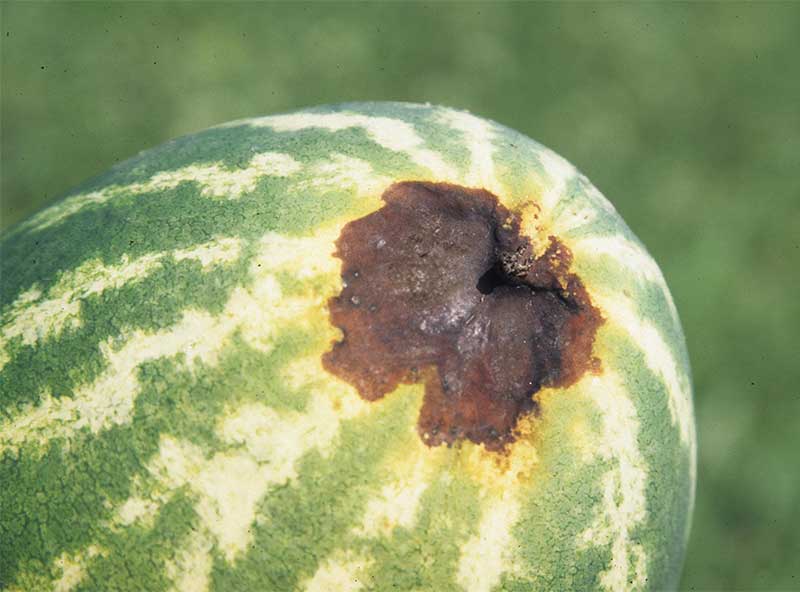 Blossom-end rot (BER) is a non-parasitic disease affecting tomato, pepper, and watermelon fruit in Utah. Fruits are usually affected when about one-third or more grown, but the disease can occur during any growth stage of the fruit. Losses caused by blossom end rot vary from negligible to severe.

Blossom end rot is a physiological disorder due to a shortage of calcium in the young fruit. Moisture imbalances or water stress aggravate the problem by interfering with calcium uptake in the plant.

During the day, the pores on the leaves are open and water transpires from them drawing sap into the leaves. Since the fruit do not lose much water by transpiration, they receive little of the calcium-containing sap. At night, the leaf pores close, root pressure forces sap into the plant, and the developing fruit get their share of calcium and other nutrients. If the plant is water stressed at night, the system fails and the fruit receive very little calcium, causing blossom-end rot.

Excessive salts in the soil, including ammonium, potassium, and magnesium interfere with calcium uptake by plants and can result in blossom-end rot. Root damage caused by improper cultivation practices or excess soil water may also lead to blossom-end rot. The incidence of blossom-end rot varies with the variety and is greatly influenced by environmental conditions.

The first symptom of the disorder is a slight, water-soaked discoloration on the blossom end (opposite of the stem) of the fruit. As the lesions enlarge, turning leathery and dark brown or black, they often become sunken into the fruit. Although the affected tissue is normally dry, bacteria and fungi may invade the lesion, producing a soft, watery rot. Blossom end rot lesions are frequently invaded by microorganisms and may have a slightly different appearance. They may be weepy, have a fuzz-like growth on them (fungal growth), or they may be cracked.

To avoid blossom-end rot, the grower should use cultural practices that allow for proper uptake of calcium by the plant. 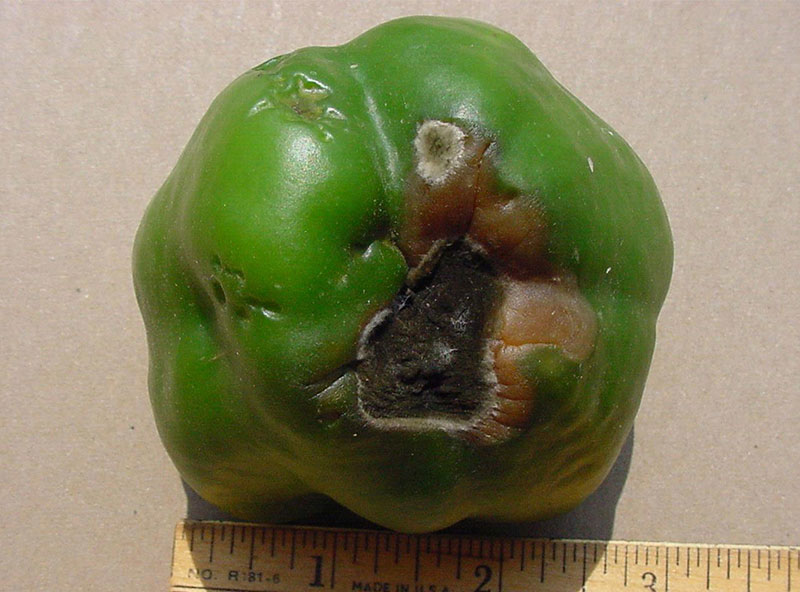 BER and secondary fungi on pepper. 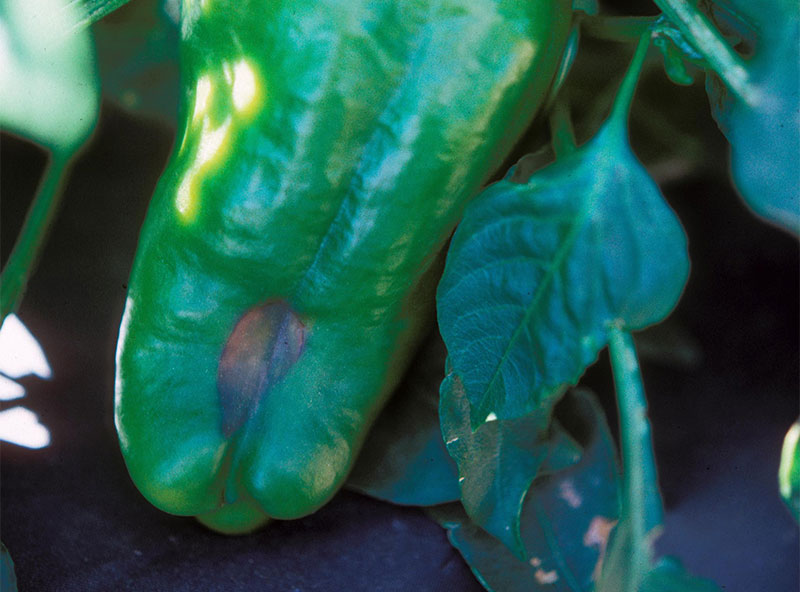 Blossom end rot symptoms may not always occur on the very tip of pepper fruit, but can be found on the sides as well. 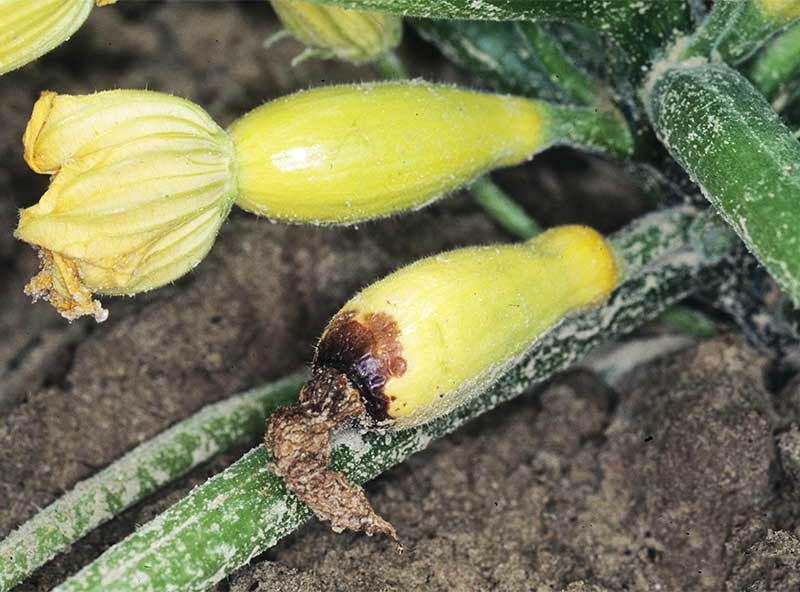