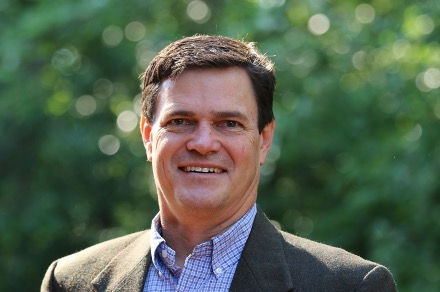 Dr. Towner leads the Virus Host Ecology Section within the Viral Special Pathogens Branch at the Centers for Disease Control and Prevention. Originally from California, he completed his bachelor’s degree in microbiology and immunology at the University of California, Berkeley, and his PhD in virology at the University of California, Irvine. His team studies the ecology of high-consequence bat-borne viruses, including filoviruses and paramyxoviruses, with emphasis on 1) identifying their natural reservoir hosts, 2) determining how they persist long term in nature with occasional spillover to humans and, 3) understanding bat host immune responses that typically allow virus replication in the absence of overt host disease. His team played major roles in the discovery of the Egyptian rousette bat (Rousettus aegyptiacus) as the natural reservoir for marburgviruses, and also the discoveries of Bundibugyo virus, the newest ebolavirus known to cause human disease, and Sosuga virus, a human novel pathogenic paramyxovirus whose natural reservoir is also the Egyptian rousette bat. In 2011, his team established a breeding colony of Egyptian rousette bats at CDC for use in experimental infection studies with bat-borne viruses under BSL-4 containment. Dr Towner’s team also manages long-term field projects in Sierra Leone and Uganda. As part of a major public health agency, his team often responds to outbreaks to operate molecular diagnostic field labs and conduct ecological investigations.

All sessions by Jonathan Towner