The 9-11 Memorial at the USU Botanical Center honorsthree victims of the terrorist attack. Two of the victims were from Kaysville, Utah and the third was a USU graduate. The memorial also features the names of 129 U.S. servicemen and women from Utah who have died since the attacks in the ongoing war on terrorism

After 9-11,USU was approachedby a non-profit group, Utah Unites In Hope, with the idea of developing a memorial to honor local victims of the 9-11 attacks. The USU Botanical Center was offered as a suitable location for the memorial.

A tremendous amount of effort was put forward by the non-profit, the Botanical Center, USU Extension, and a local architectural firm to identify a design approach and completethe memorial. UNITY, REMEMBRANCE, and HOPE were identified as themes that guidedthe design.

The memorial is an oval-shaped plaza of scored, colored concrete, sunken into a westerly slope. The east wall serves as a retaining wall and a backdrop for the bronze plaques bearing the names of the 9-11 victims and theservicemen and women.The memorial if flanked by a curved stone sitting wall and stone benches. In the center is a large bronze statue of a firefighter holding a child, asymbol of hope for the future. Plantings of crabapples and stately Red and Bur surround the memorial. 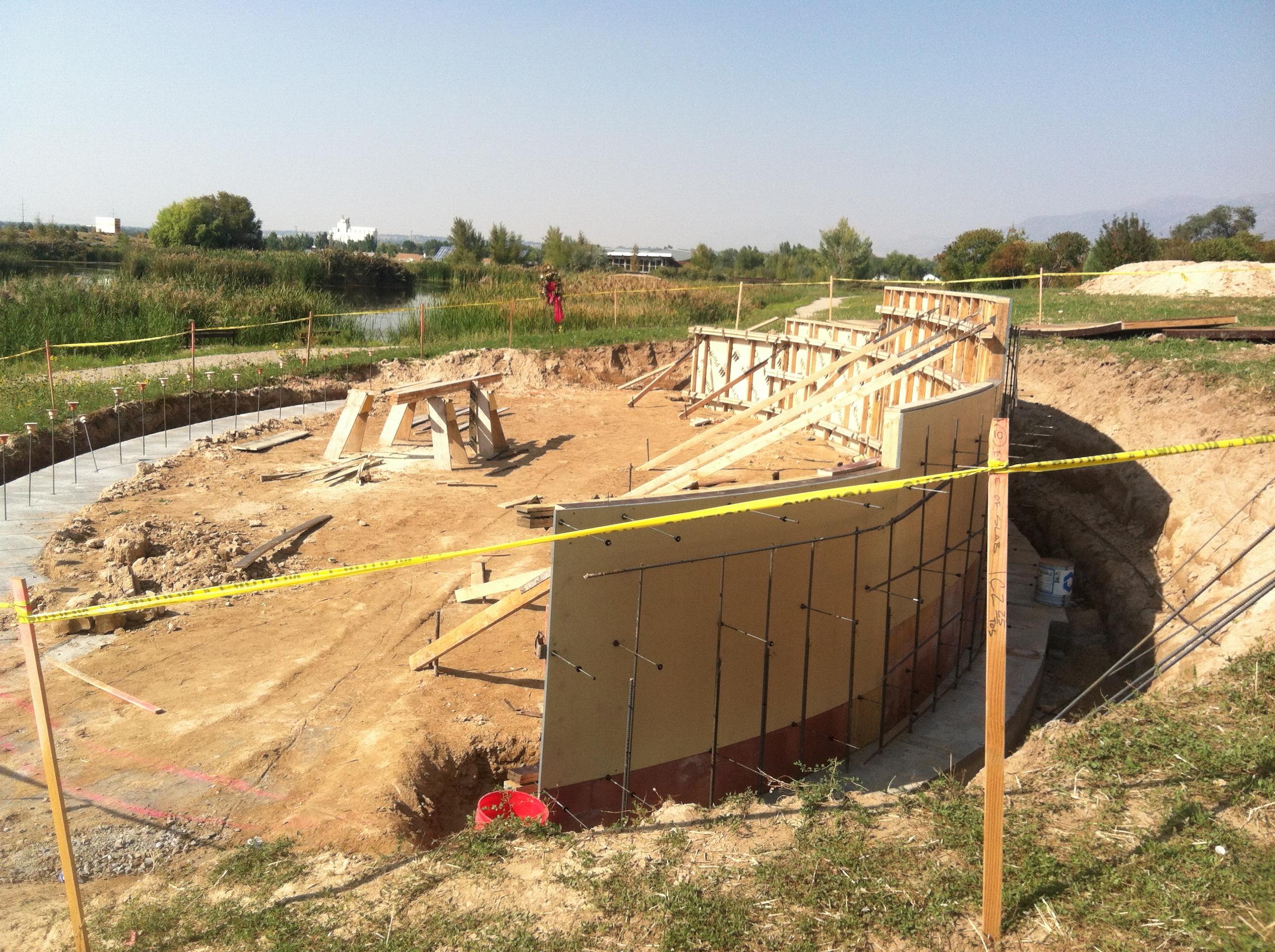 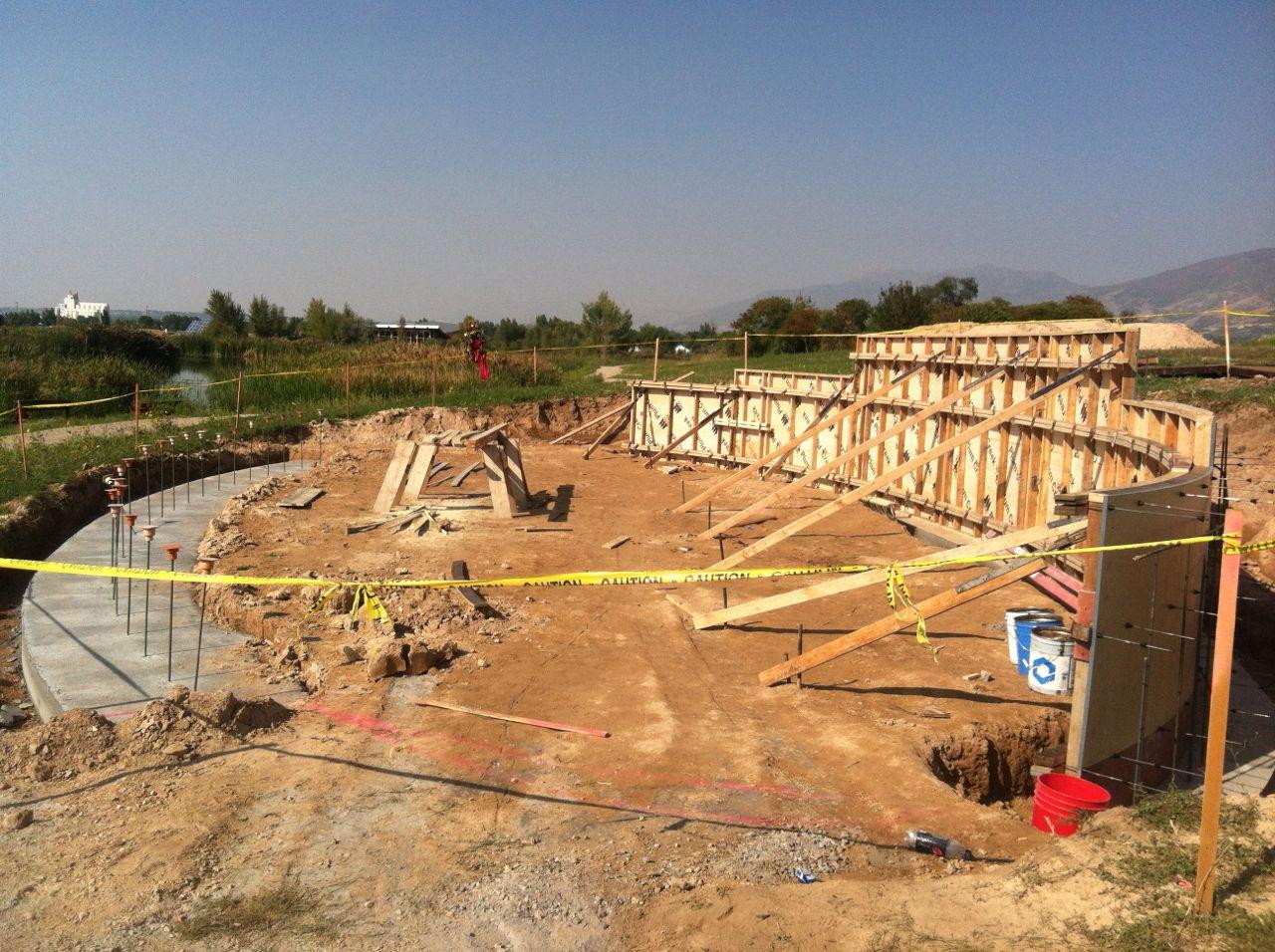 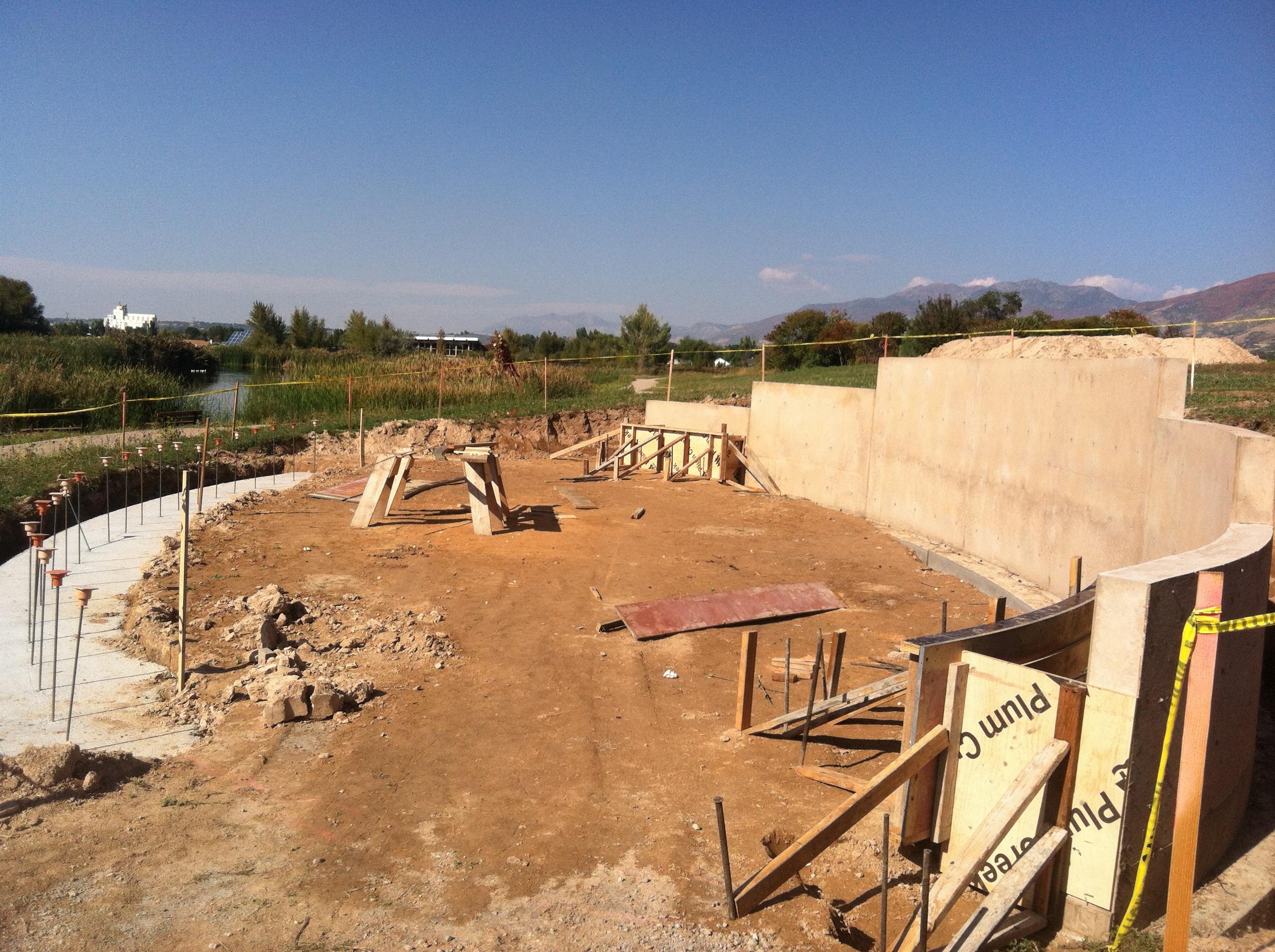 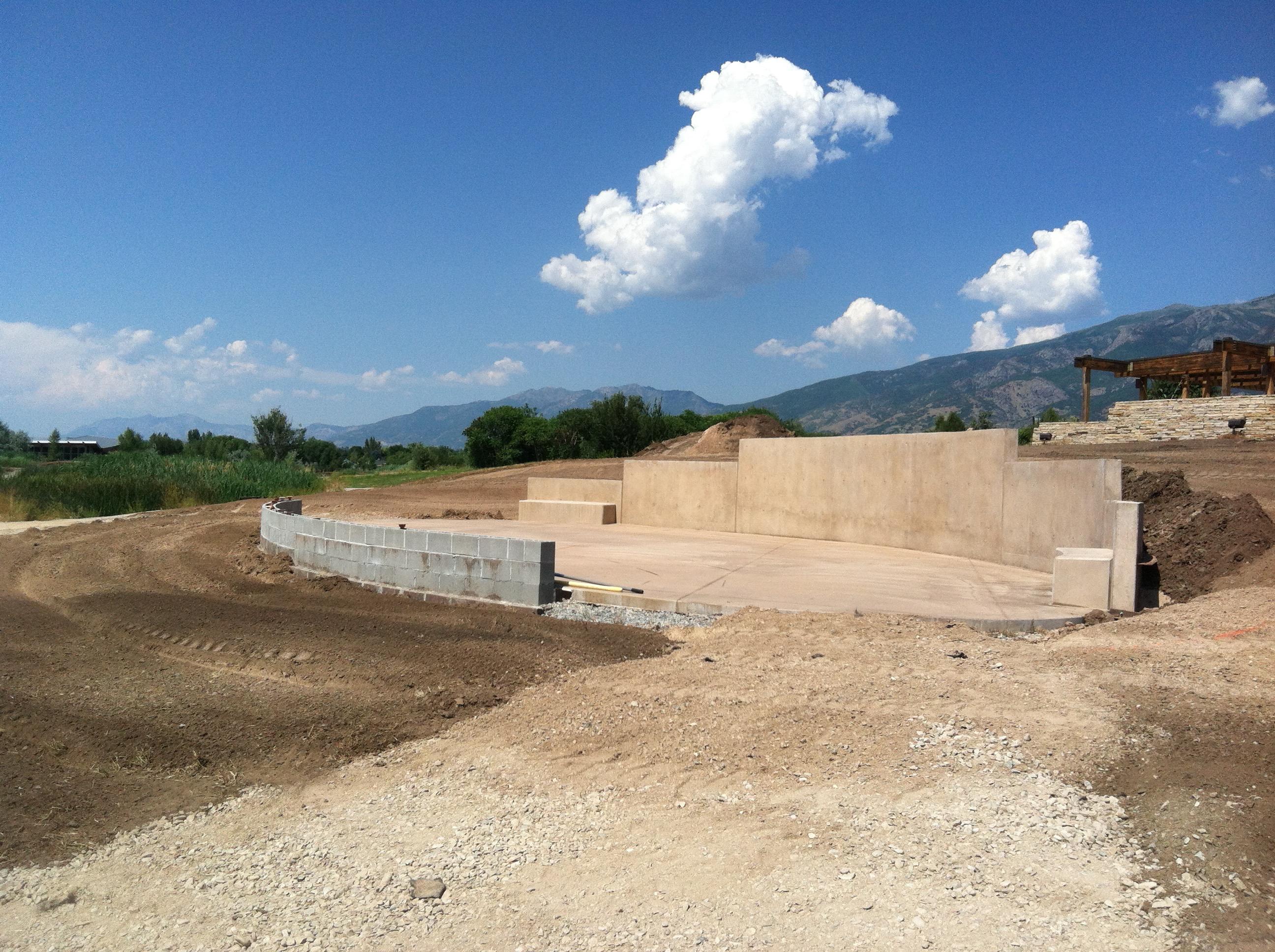 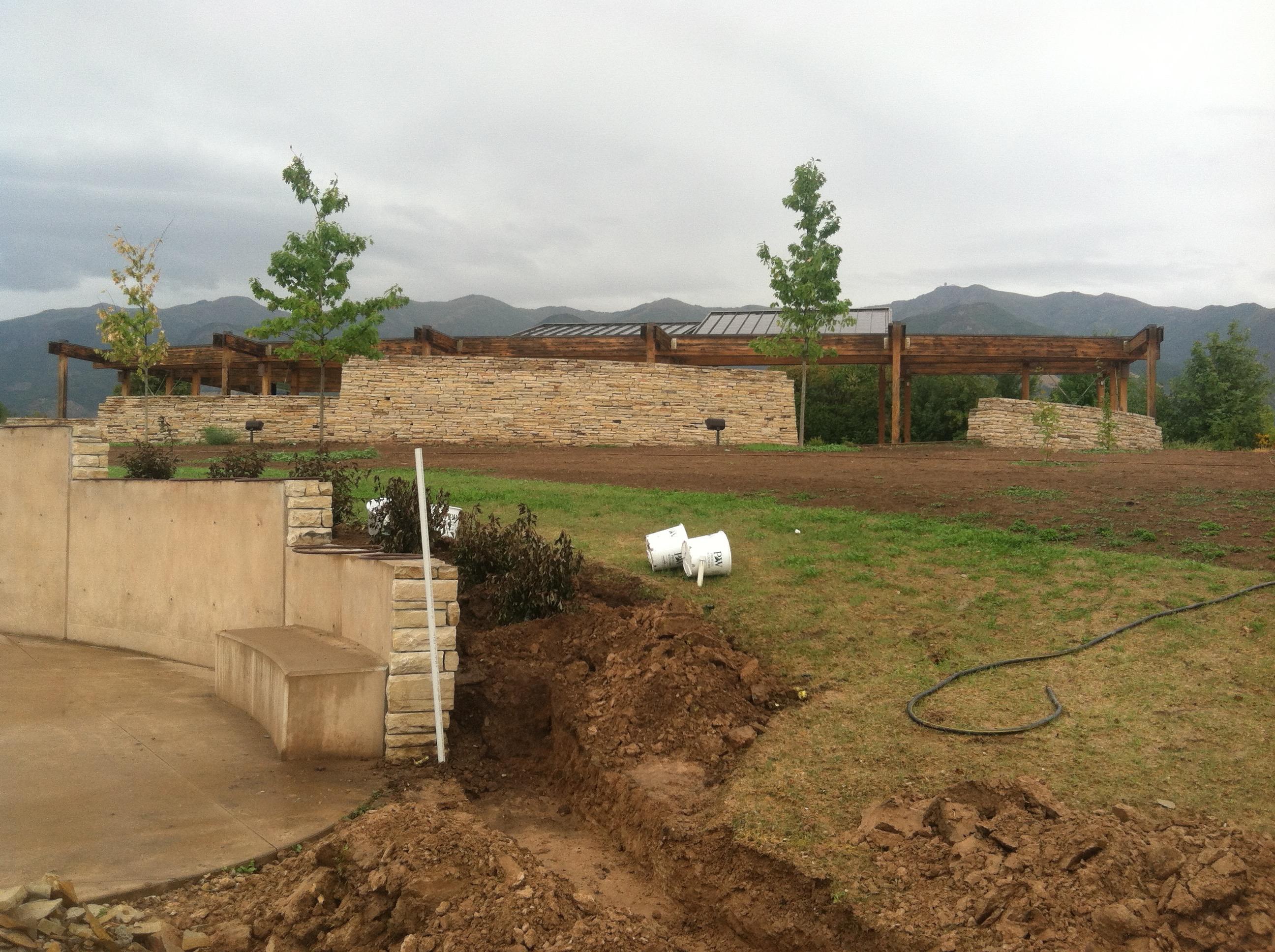 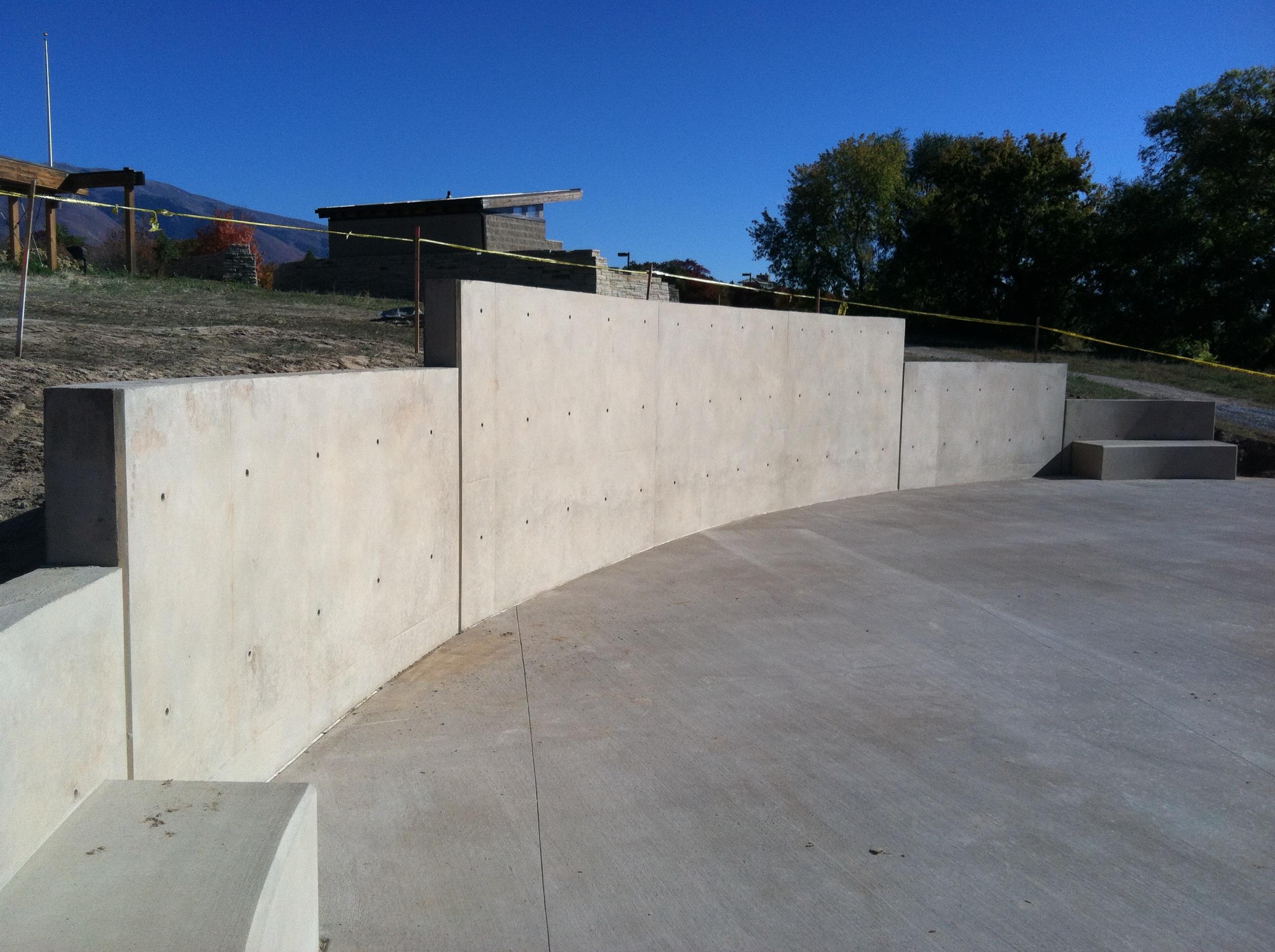 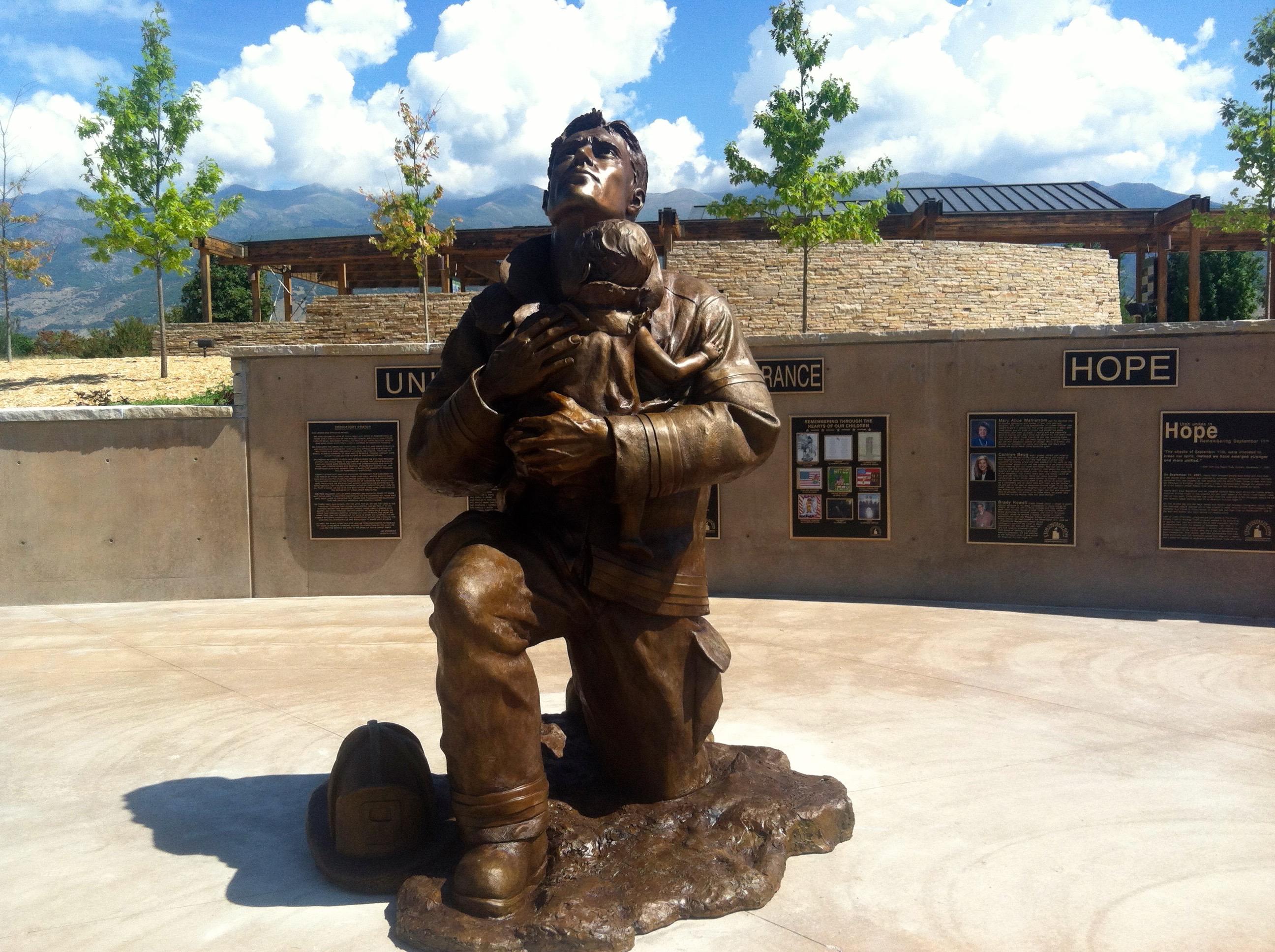 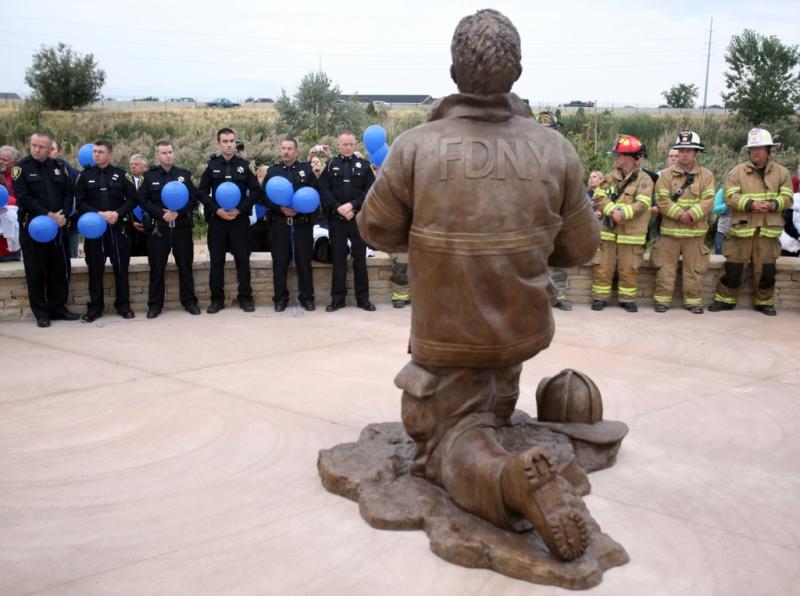 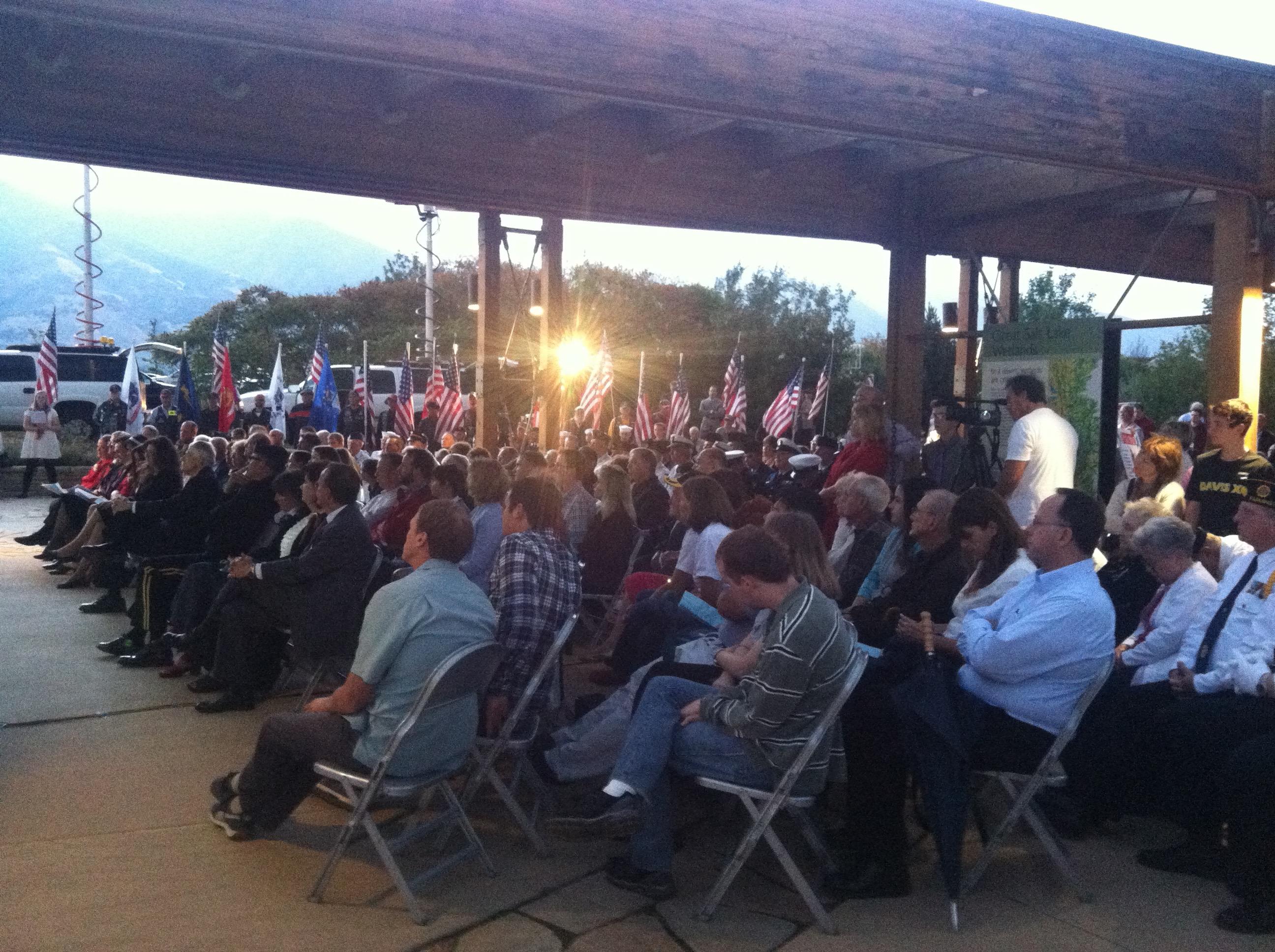 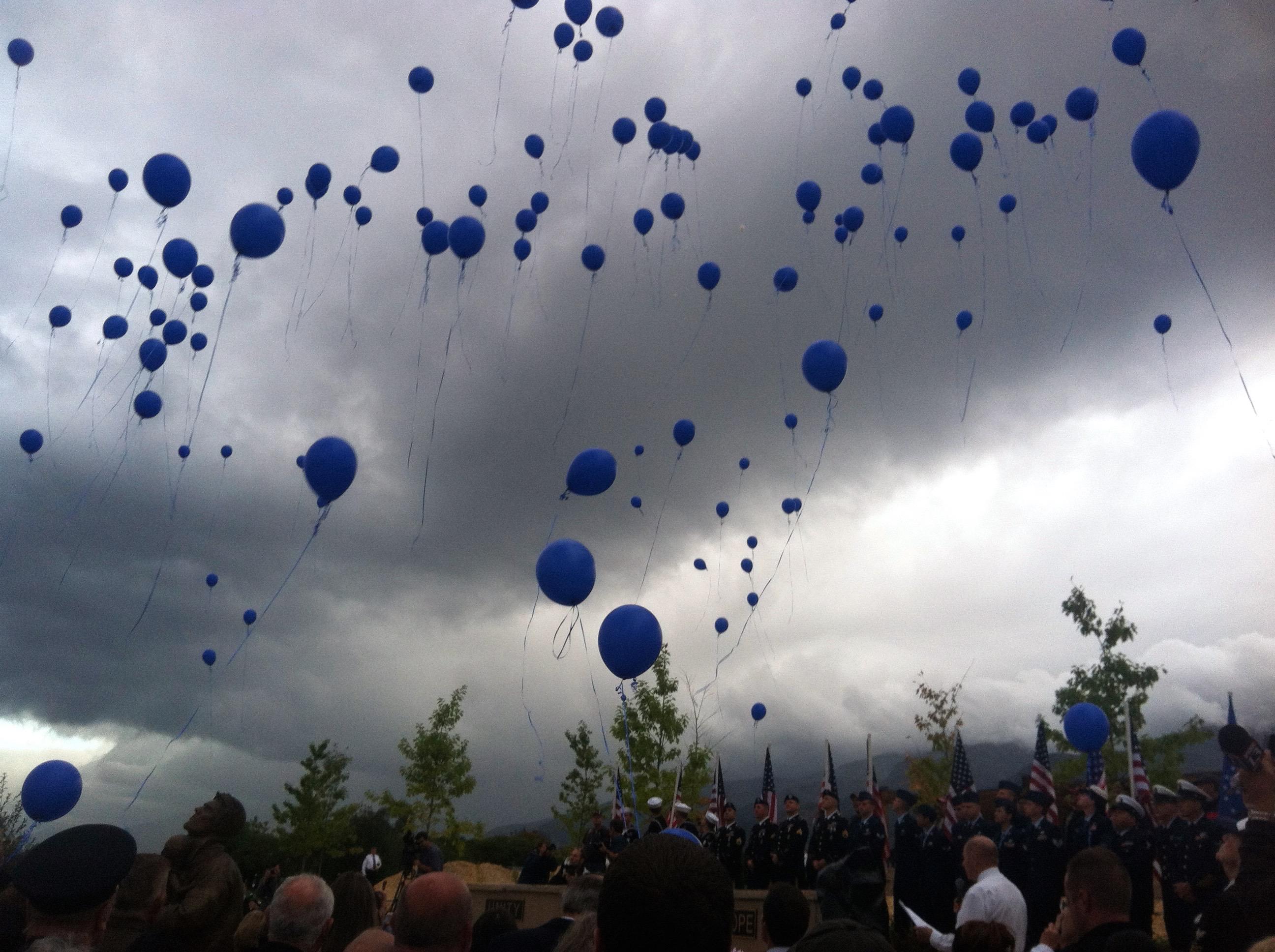 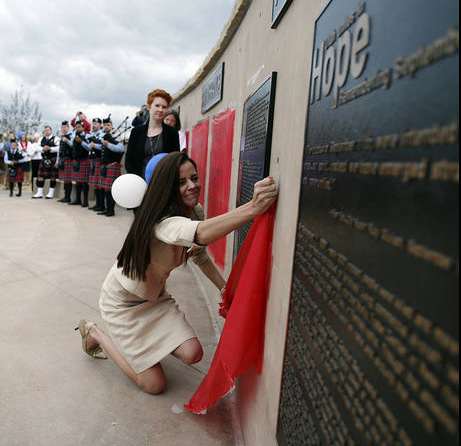