The arid Southwest has been heavily impacted by drought and climate change. Temperatures in the region rose 2 degrees Fahrenheit in the last century and are expected to rise 3 to 9 degrees by the end of the century (Climate Impacts in the Southwest, 2016). The Southwest states are some of the driest in the nation. From 2000 to 2020, 65% of the state of Utah experienced abnormally dry conditions, 78% of Arizona, 69% of New Mexico, and 71% of Nevada. Water shortages are also common, especially in the late summer when water restrictions are often imposed. Drought levels of this magnitude damage pastures and crops, leading to economic losses in agriculture.

In the Southwest, American Indian farmers and ranchers provide an important economic base for rural areas. Sustaining agricultural production (crops, food, livestock) on tribal lands will become progressively more challenging in the future due to decreased water availability, extended droughts, and changes in precipitation quantities and timing. Close cultural and economic ties to natural resources, geographic remoteness, and economic challenges characterize American Indian reservations as some of the most vulnerable populations to climate change impacts (Melillo et al., 2014).

This fact sheet is the first in a series of three that provide an overview of drought-tolerant crops, grasses, and native plants, which may assist in maintaining agricultural production for food and feed and sustain grasslands and rangelands in the arid Southwest. The following grasses, grains, and legumes used for forage, fodder, and human consumption, are all drought tolerant and, in many cases, tolerate salty soil conditions. Their droughttolerant features are discussed in addition to soil preferences, preferred growing conditions, and market conditions and profitability.

This perennial grass is hardy in zones 10 to 12 and can successfully grow in alkaline, saline soil types (Figure 1). While it prefers moist soils, it can grow in standing water and tolerate periods of drought (Distichlis palmeri, n.d.). One unique feature of this grass is its ability to utilize saltwater, so it can grow on land traditionally unsuitable for agriculture (Pearlstein et al., 2012). The edible seed can be cooked the same way many grains are prepared. It was originally a source of food for the Cocopah people (Hodgson, 2001) in southern Arizona. It’s extensive root system allows it to retrieve water from at least four feet below the surface. There is a higher flower-to-grain yield ratio than wheat. The United Nations Environment Report in 2006 stated that the grass was “a strong candidate for a major global food crop and could become this desert’s greatest gift to the world” (Distichlis palmeri, n.d.). Its flour tastes sweet and is a gluten-free alternative. Saltgrass tastes like wild rice with the consistency of wheat and can yield up to 800 pounds per acre. Saltgrass may be a viable solution to a lack of fodder due to saline conditions.

Once planted, this perennial grass does not require annual reseeding, which makes it an inexpensive option for use on rangelands or marginal farmland. There have been attempts to market the crop in past decades, but it is still relatively wild and has yet to be domesticated successfully. It could, however, have potential in the wild grains market if marketed correctly (Pearlstein et al., 2012).

Ricegrass is a perennial bunchgrass that grows well in shallow soils and semi-arid conditions (Range Plants of Utah, n.d.). It can also grow well in soils with a high lime content and moderate salinity and alkalinity. The grass is native to Utah and the Great Basin Region. Birds, specifically doves and pheasants, feed on its seeds (Figure 2). The seeds were also used by the Native Americans in the region to make flour (Range Plants of Utah, n.d.).

Indian ricegrass provides a forage food source for livestock and is particularly valuable in winter due to the plant’s ability to cure well (Range Plants of Utah, n.d.). Under dryland conditions, this crop will produce 100–200 pounds per acre (Wasowski, 2009). If irrigated, yields can double. The crop is also harvested dry and utilized like hay and is typically grown for personal use (Wasowski, 2009).

Sorghum is a grain crop that uses water more efficiently than other grains (Figures 3a and 3b). To maximize water use efficiency, drip irrigation is recommended when occasional watering is required. Specific water amounts vary by region, season, weather conditions, and soil type, but an average of 8 inches of water is required, compared to the 21 inches required by corn (Scott & Dreiling, 2019). Sorghum is a good crop for export, as the U.S. shipped 1 billion bushels to China in 2018 (Begemann, 2018). Exports are expected to continue to increase in future years. When considering the revenue generated, returns are less than corn.

While used in the U.S. as a feed grain, throughout the world, sorghum is often utilized for human consumption. Sorghum contains more protein and fat than corn but is lower in vitamin A. The average yield for sorghum in the Sorghum Belt (North Dakota to Texas) was approximately 70–75 bushels per acre (United Sorghum Checkoff Program, 2016). Grain sorghum often sells for $5.00–$6.50 per cwt in U.S. grain auctions (Weekly National Grain Market Review, 2020). Seeding costs are significantly lower ($7.50–$14.00 per acre) for sorghum compared to $100 per acre for corn. The same amount of nitrogen is required for both crops.

Compared to corn, sorghum has several advantages. One, it is self-pollinated, and brief episodes of drought will not damage the pollination process. Second, the plant foliage is more resistant to drying. Leaves have a waxy coating that protects the plant and helps minimize water loss, thus giving it better drought tolerance (Carter et al., 1989).

According to the United States Department of Agriculture’s (USDA’s) Plant Guide, pearl millet is best grown in zone 5 (USDA, 2016) and is the highest-yielding type of millet. It’s also a suitable feed for livestock as it does not produce prussic acid (Pearl Millet, 2021). Pearl millet tolerates sandy and calcareous soils better than sorghum but struggles in clay or saturated soils. Pearl millet has a protein content that is 45% higher than corn (Delate, 2013).

Approximately 1.5 million acres of millet are grown in the U.S. (USDA, 2014) and is widely produced and distributed across the world, particularly in Africa, India, and Asia (Figures 4a and 4b). Pearl millet is one of the most drought-tolerant grains but can’t survive in standing water. It can be irrigated with sea water if necessary. Pearl millet can accumulate toxic levels of nitrate on the lower parts of the stalks (USDA, 2014) when subjected to drought or cold weather. The crop requires few additional nutrients, and fertilizer needs can be met via manure or a legume cover crop (Delate, 2013).

It yields 4,000–4,500 pounds of seed per acre in good soil conditions, but when soil conditions are marginal, 3000 pounds are likely (Delate, 2013). The price per bushel is roughly $3.36 when sold as feed to wholesalers, but prices increase by several cents per pound when the grain is sold to birdseed producers (Lee & Henning, 2014).

Cowpea is one of the oldest crops under cultivation (Figure 5). Cultivation began in Africa, alongside pearl millet and sorghum, and it is now grown all over the world (Quinn, 2012).

The finished product in the United States is usually dried, canned, frozen, or used as livestock feed. More drought tolerant than soybeans, cowpeas can be used as a cover crop or a bush crop (Quinn, 2012). Like other legume crops, cowpeas fix their own nitrogen. The plant prefers a pH of 5.5–6.5 and grows best in welldrained soils to avoid root rots and other diseases (Wright & Knight, 2012).

The average yield of shelled cowpeas is 1,000– 2,000 pounds per acre and unshelled pods yield between 2,500–4,000 pounds per acre (Quinn & Myers, 2002). Production costs for machineharvested cowpeas, including harvest and marketing costs, average $1,100 per acre (Wright & Knight, 2012). With wholesale prices averaging $1.30/lb., cowpeas may net $1,000 per acre. Seed quality plays an important role in the sale price as cracked or split seeds are harder to sell.

Also known as garbanzo beans, approximately 69 million cwt of chickpeas were produced in the U.S. on 6.2 million acres of land, with an average yield of 1,150 pounds per acre (Figure 6) (Agricultural Marketing Research Center, 2018). Montana, Washington, Idaho, and North Dakota produce the majority of the chickpeas grown in the U.S. India is the world’s largest producer of chickpeas, followed by Australia and Pakistan (Agricultural Marketing Research Center, 2018).

This legume has an indeterminate growth habit, which extends the production period of the plant significantly if latesummer conditions are cool or wet (Keene, 2020). Chickpea’s deep roots make it more drought tolerant than other legumes (pea, lentil) when subsoil moisture is more available than moisture in the topsoil (Keene, 2020). Roots commonly grow between 1.5 to 2 meters (5–6 feet) deep. The most effective form of irrigation is buried drip line (Light et al., 2018).

In 2017, the season-average price for chickpeas was $3.08 per pound (Agricultural Marketing Research Center, 2018). Chickpea seed yields often fluctuate from 1,300–2,200 pounds per acre, depending on soil condition, available water, and length of production season (Keene, 2020).

Cassava or yuca, is an edible, starchy root commonly cultivated throughout Africa, Asia, and South America (Bangkok Post, 2018). The root (Figure 7) can be utilized for human or animal feed. While bitter cassava is moderately toxic to humans due to the cyanide content, it is used in animal feed due to the high starch levels (World Cassava Situation, n.d.). One-fourth of worldwide production is used in feed for pigs, poultry, and cattle. The root is dried, chipped, or pelleted and mixed with protein-rich grain meals. The typical ratio is 80% cassava and 20% protein, such as soybean meal.

Cassava grows well in many arid areas of the world, provided there is a long growing season. The crop easily adapts to periods of heat and drought (Long et al., 2017). Cassava yields 6–12 tons of root per acre with only potatoes and bananas producing more tonnage per acre (Ritchie & Roser, 2013). Cassava chips sell for around $250 per ton, but if modified starch is sold, it averages $540 per ton (Bangkok Post, 2018). Prices are farm-towholesaler from Thailand, which is the world’s largest producer, and it exports most of what it grows to other countries.

The drought-tolerant grasses, grains, and legumes discussed here are options for maintaining agricultural production as climate change impacts the arid Southwest. While many of those discussed are native to the U.S. and used in Native American culture, others originated in other drought-prone areas of the world. The grasses and plants discussed here are not an exhaustive list, and other options may be equally useful or profitable. University Cooperative Extension and USDA publications regarding plant propagation, growing, harvesting, and marketing should be consulted when deciding on the best option for a specific area or region. 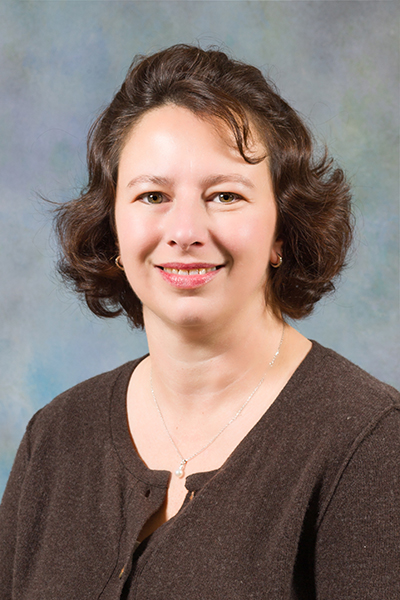