We would specifically like to thank Yves Bousquainaud, Elizabeth Braithwaite, Bill Doty, Shannon Ellsworth, Heather Elwood, Rick Grover, Jeff Hamarstrom, Mazibur Kahn, Robin Loosle, Jeff Petersen, Julie Sheen, DeAnne Shupe, and Jay Warnick for their assistance in compiling the database. Thanks are also extended to Terry Keane for editorial comments and to Naomi Phillips for typing. A special thanks to James Frisby and Lee Brilliant for assistance with the database program.

The DROUGHT database is based on an extensive review of literature of the water requirements for woody plants adapted to the Northern Utah region. It is intended to increase the resources available to the public to incorporate water efficient principles and plants into the urban landscape. It differs from other lists of plant water requirements in that it is a review of the published literature including citations of previous research and observations.

The need for a documented review is apparent as one studies the database. It can be seen that much of the water use assessments used by the industry are based on general observations and are necessarily somewhat subjective.

A large percentage of the existing literature exists as reviews of previous work, with little original research existing. In addition, much of the information found in water requirement lists is based on published Floras describing the native environment of the plants.

A common example would be a review, such as the list of plants provided by Great Basin Xeriscape, citing the 1966 review by Stark, which cites the 1939 review by Van Dersal, which cites the 1935 Manual of Southern California Botany by Munz, who comments that the particular plant is found in “dry” areas. In addition, many of the reviews cited trace their information back to the same references, and differ only in the method used to describe drought tolerance or irrigation requirements.

This is not to say that the information is invalid or outdated. The lists compiled by various authors undoubtedly contain a wealth of information and critical review based on the experience of those authors with the various plants. However, it does point out the challenge of definitively stating plant water requirements without published research on those requirements.

Even simple documented evaluations of landscape plants under known irrigation regimes are missing, and yet would be very helpful. Rather than simply state a subjectively determined measure of plant water requirements, our goal is to provide the reader a list of published assessments and the method by which they were derived. Therefore the purpose of this database is to provide raw data, leaving the interpretation to the individual reader. This will allow the reader to draw their own conclusions regarding how much water a plant needs in a given landscape situation.

Development of the database has also clarified which plants have been formally researched. It has also revealed that there is much more information on water requirements of native plants than of traditional landscape plants.

As of 2010 the DROUGHT database contains a total of 2456 entries with 10 fields each resulting inb24560 cells. These entries break down as follows: 134 Genera, 397 species, 548 unique species/subspecies/cultivars, and 591 citations that provide the foundation of the whole database. It is hoped that this database will be improved and supplemented as further information becomes available.

DROUGHT includes a list of woody plants (both native and introduced) known to exist in Northern Utah, for which there is some information concerning water requirements. ach species is listed first by its scientific name. The binomial is then followed by a listing of cultivars, varieties and subspecies.

Where no cultivar is listed, the citation refers only to the species. Following the cultivar is a listing of the single common name most often used in this region. Where multiple common names are available they are separated with a comma.

Using the minimum and maximum water use as a reference, a range of adaptation is presented. These rankings are based on the individual data collector’s personal evaluation of the literature and are admittedly subjective (as is often the case with the literature from which they are based).

The field “Water Use Cited” is, as much as possible, a direct quote from each citation. Initially, an attempt was made to translate all of the comments into a uniform evaluation code, but this was found to be an impossible task due to the diversity of the terminology used to describe drought tolerance and water requirements. Therefore, a choice was made to quote the citation, and let the reader judge the merit of the evaluation based on comparison with other citations, and the methods used to obtain it.

A slash between comments corresponding to a slash between evaluation methods is to differentiate the basis for multiple comments where possible. The overall summary of the irrigation requirements is listed in the water use fields.

Denotes a review of previous work.

Denotes observations or personal experience of the author, but not published data.

Denotes formal research publications and data. In conjunction with this term are the terms (container), (laboratory), and (field) which refer to the type of growing conditions used in the research. NRCS research publications and data refers to research conducted by the Natural Resources Conservation Service (formerly the Soil Conservation Service), which may not be extensively quantified, yet is based on controlled evaluations.

Natural history of the plant:

Denotes the information being based on the natural history of the plant.

Denotes no documentation as to the source of the information used in the evaluation.

The field “Citation” is used to list the references cited in the database. 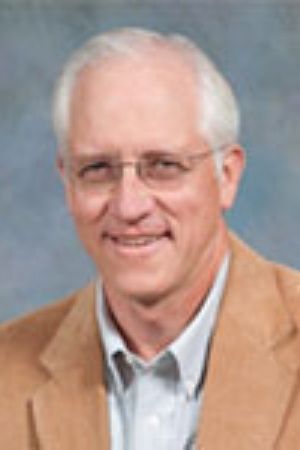