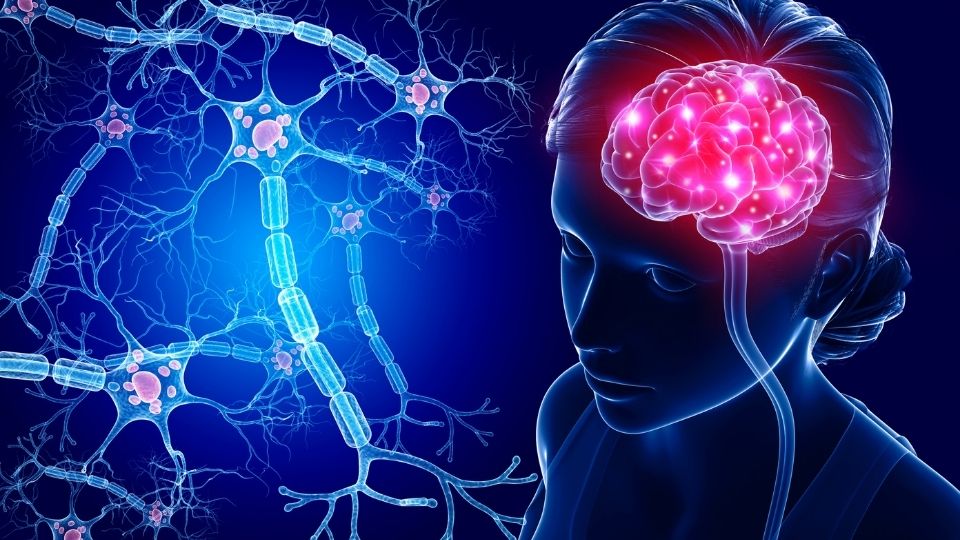 If you want strong muscles, you need to do a lot of physical activity, like regular exercise, strength training, or weight lifting. “Use it or lose it” is a phrase that refers to building and maintaining strong muscles.

But what about your brain? The brain is not a muscle – it is not made of muscle fibers. Instead, it is made of many smaller brain cells called neurons. These neurons send signals to one other, and communicate with one another, through chemicals called neurotransmitters. Even though the brain cells are not muscle fibers, brains cells also operate under the same general principle: Use it, or lose it. If a brain cell is not used, or does not communicate with the cell next door, that brain cell loses its function.

Let’s draw the analogy of running an errand (Figure 1). You need to get your car from Point A (at the north end of town) to Point B (at the south end of town). Typically, when you run this errand you use Main Street., because it is a common, easily accessible route. Now imagine that Main Street is shut down for a traffic accident. If you are in a town without a very well connected road system, you may just have to sit on Main Street until the accident is cleared, because you don’t have any other options. Now imagine that you live in a town with many roads, and these roads are all connected together in a grid. In this more connected town, you would not need to sit in traffic. You could still get to Point B, because you could take an alternative route – you have multiple travel options.

The brain works in a similar way. If it is trying to send a signal from one area to another, and for some reason there is a problem sending that message the typical way, a well-connected brain (one with high cognitive reserve) will have lots of other routes (what scientists call neural pathways) available to take, and the signal can still reach its destination. A well-connected brain has more “resilience” against damage – it can handle more damage than a brain with fewer alternate routes around the damaged areas (Stern, 2012).

Regular use of “brain stimulating activities” is actually building a healthier brain: people with more intellectually stimulating jobs or leisure activities are continually building new brain connections, and using existing brain connections in their everyday life (Andel, Vigen, Mack, Clark, & Gatz, 2006; Fritsch et al., 2001; Stern, Albert, Tang, & Tsai, 1999). Even if you don’t live or work in an intellectually stimulating environment, you can still build your own cognitive reserve, by challenging your brain:

Really, anything that you find to be intellectually challenging, is likely causing the growth of new neural connections, or building existing connections to be more efficient. Using your brain in new ways is building up your cognitive reserve.

Brain health is not just created by participating in new or intellectually stimulating activities. You should also practice healthy behaviors that help bring oxygen to the brain. Oxygen is carried to the brain by blood vessels, and you can keep these blood vessels in working order through healthy diet, maintaining your blood pressure, and adhering to any other heart-healthy practices, as recommended by your doctor. Exercise also helps the brain by increasing the flow of blood and oxygen (Henderson, 2014). In general, what is good for your heart, is also good for your brain.

Higher Cognitive Reserve Protects against Alzheimer’s Disease and Other Dementias

Building up cognitive reserve may pay off in late life, by slowing declines in memory, and by reducing your risk of Alzheimer’s disease and dementia (Wilson et al., 2003; Whalley, Deary, Appleton, & Starr, 2004). Scientists think it does so by offering the brain more opportunities to get the brain signals where they need to go, even when damage has started from the very early stages of the disease (Akbaraly et al., 2009; Scarmeas & Stern, 2003; Wilson et al., 2002).

Let’s revisit the traffic jam example. If very early Alzheimer’s disease is causing damage to certain routes, or neural pathways in the brain, and if this brain already had low cognitive reserve – that is, there were not a lot of healthy connections to begin with -- the symptoms of memory loss and trouble with daily tasks will be noticeable much earlier because the brain doesn’t have alternative options to get those signals sent around the damaged areas. In a brain with high cognitive reserve – the person had a very well-connected brain already – the brain may be able to work around the part with the early Alzheimer’s damage, and symptoms may be kept at bay for a longer time.

Challenging your muscles makes for strong healthy muscles, and challenging your brain cells makes for a strong healthy brain. Build up your brain’s cognitive reserve – create a well-connected, highcapacity brain – through overall healthy behaviors (diet and exercise) and making mentally challenging activities part of your daily life. The more options your brain has to get its signals sent, the better able it is to handle areas of damage. A well-connected brain may be better able to delay or prevent diseases like Alzheimer’s. Chances are that these mentally challenging activities will also make your life fun and interesting, as well.