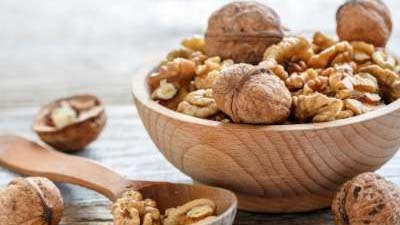 What You Should Know

When purchasing walnut trees for nut production, two important aspects to consider include approximate flowering and ripening times. In Utah’s climate, potentially damaging frosts are common early in the growing season when flowers are present and late in the growing season during ripening. A growing season of 140 to 150 days with temperatures above 27-29° F is required for the earliest ripening cultivars. The Utah Climate Center online database provides information on freeze free season for different areas of the state (climate.usu.edu).

Dig the planting hole twice as wide as the root system of the tree and deep enough to just meet the root collar. Incorporate organic matter (compost) into the soil at the time of planting and mix into the back-fill soil at a ratio of 1 part organic matter to 3 parts soil.

Walnuts may be available in bare-root or containerized forms. When purchased bare-root, the roots should be free of major damage and not dried out. Install newly purchased plants as quickly as possible. When bare-root plants must be stored, keep them at a temperature above freezing and below 40° F. Keep rootsystems covered with moist sawdust, peat-moss, or wet straw or potting soil until the time of planting.

Trees should not be planted in turf due to differing irrigation and nutrient requirements. Turf competes for soil nutrients and causes up to a 50% reduction in the growth rate of some trees. If trees must be planted in turf, remove sod at least 2 to 3 feet away from the trunk and replace with mulch.

For the home orchard, space trees 30 to 50 feet apart.

Walnuts should be trained using a central leader or modified leader system. Prune in late summer to late fall. Late winter or spring pruning may cause excessive sap flow (bleeding) that is unsightly but not very harmful.

Newly installed plants require supplemental irrigation for at least 2 years after being planted. This involves deep watering periodically while allowing the soil in and around the plant’s root-zone to dry moderately between irrigations. Daily or frequent watering is usually detrimental.

Outdoor temperature and soil type greatly influence soil moisture availability. Clay soils retain water for a longer period of time than sandy soils. Cool weather reduces need for frequent irrigation. After 2 to 3 years, watering approximately 2 feet deep into the soil one to three times a month, depending on soil type, during the hottest time of the year helps ensure an established tree’s survival, improve tree health and may increase nut production. Walnuts are generally not drought hardy enough to survive long-term without at least some supplemental irrigation.

A soil test reveals soil nutrient levels and composition, which assists in determining if fertilization is warranted. Walnuts should only be fertilized in the spring as trees begin actively growing. Another clue in determining if trees need fertilizer is their overall appearance. If a tree appears healthy and yields sufficiently, no fertilizer is usually needed.

Walnuts benefit from 2 to 3 inches of mulch placed over their root-zones. This increases plant growth rates, reduces weed competition and helps the soil retain moisture.

It is especially important to eliminate weeds before planting and to keep the areas inside the drip line relatively weed free for the life of the tree. Usually, hand or shallow mechanical cultivation is sufficient when needed. If using mechanical cultivation, do not cultivate the soil more than 2 to 3 inches to prevent possible root damage.

Perennial weeds within the root-zone may be more effectively controlled with herbicide applications. Ensure that herbicides do not come into contact with the trunk or tree branches. Always consult the label before applying to maximize results and minimize risk. Contact your local USU Extension office for current information on methods of controlling various weeds.

The most important insect pest of walnuts in Utah is the walnut husk fly. Fly maggots feed on the nut hull (the fleshy outer nut covering) and make its removal difficult. Although the nuts are edible, maggots also cause black staining of the shell and nut. All walnut species grown in Utah are susceptible.

Walnut husk flies overwinter as pupae in the soil and emerge as adults in early to mid-July, and continue through September. After mating, the female lays eggs just below the surface of the husk. Maggots feed on the husk for 3 to 5 weeks and then drop to the soil to pupate. There is a single generation per year. Since husk flies do not lay eggs on walnuts with split husks, an application of ethephon (a growth regulating plant hormone) hastens nut maturity and nut split in English walnut and can decrease late season damage.

Populations of the fly can be reduced by placing landscape fabric under the tree canopy in late summer to prevent larvae from entering the soil. Additionally, remove all nuts that fall to the ground. To make husk removal from infested nuts easier, store them in a sealed container for 1 to 3 days. Adults are attracted to yellow sticky traps baited with ammonium carbonate, which can help in determining when to treat. Sprays labeled for homeowner use for control of walnut husk fly include spinosad, malathion, and permethrin. Consult product labels in advance for specific spray recommendations.

All pesticides have benefits and risks. Following the label maximizes the benefits and reduces risk. Pay close attention to the directions for use and follow precautionary statements. Pesticide labels are considered legal documents containing instructions and limitations. Inconsistent use of the product or disregarding the label is a violation of both federal and state laws. The pesticide applicator is legally responsible for proper use.

Thousand cankers is the disease of most concern for walnuts, especially black walnut, where it can be fatal. The disease is caused by Geosmithia morbida, a fungus that is spread by the walnut twig beetle (Pityophthorus juglandis). The disease is named thousand cankers due to the vast number of cankers that can occur within an individual tree. Geosmithia cankers start at approximately 1 inch long around a beetle gallery, and expand rapidly up and down the phloem tissue on the inside of the bark, often coalescing to one large canker and cutting off the flow of nutrients. Symptoms include yellowing and thinning of the upper crown, death of large limbs, foliage wilt, and eventually tree death. It may take several years of beetle attack and canker development before a tree expresses symptoms. Once symptoms are visible, an infected tree usually dies within 3 to 4 years.

To date, there are no registered pesticides for infected trees. Controlling the twig beetle is not possible due to its extended flight period and rapid colonization within susceptible trees. The only preventive measures are maintaining optimal tree health and prompt removal of infected trees. Susceptibility of other walnuts is currently being studied. English walnuts are less susceptible than black walnut.

Most walnut species begin producing nuts at 7 to 8 years old and come into full production at about 15 years old. In the home orchard the average tree bears between 50 and 80 pounds of unshelled nuts annually. However, some trees bear more heavily every other year.

When nuts ripen in the autumn, the surrounding husks dry and the nuts generally fall to the ground. Shaking individual limbs by hand or using PVC pipe to gently hit the limbs can also cause ripe nuts to fall. Once fallen, nuts quickly lose quality, so collect them several times a week. If the husk has not fallen off, physical removal is required. In this situation, nut meat is usually edible, but the husk should be quickly removed to prevent nut quality from declining. To remove the husk hand peel, rub with a wire brush, or roll the nut on a hard surface. You also can roll the nuts on expanded sheet metal to separate husk from nut. For husks that are the most difficult to remove, nuts can be moistened and then stored in a sealed container for 1 to 3 days. The moistened husks are more easily removed from the nuts. All nuts then should be washed to remove any remaining husk material. Wear waterproof gloves to prevent hands from being stained.

The optimal temperature for drying nuts is between 95 and 105° F. Temperatures above 110° F can harm quality. When fall weather is sunny and warm, place a single layer of nuts outdoors on baking sheets or other material to keep them off the ground. Place the nuts in an area that receives reflected heat from the sun, such as a warm south wall, and they will dry in 3 to 4 days. Nuts can be similarly dried on baking sheets indoors in a warm room at low humidity. Another drying option is to place nuts in an onion sack and hang them indoors, vigorously shaking the bag at least daily to rotate the nuts. Nuts also can be dried in a food drier. Walnuts are sufficiently dry when the kernels and the material between the nuts, called packing material, is brittle and break easily.

English walnuts are easy to shell and black walnuts are very difficult, but the processes are the same. Many devices and methods are used. The simplest for smaller quantities is to use an inexpensive nut cracker or even pliers, if the pliers don’t cause excessive damage. Hammers or rubber mallets may also be useful. For greater quantities, it may be practical to purchase a commercial quality nut cracker.

Store nuts in a dry, cool place. Nuts stored at room temperature should be used within 3 to 6 months. They will last for up to a year when stored below 32° F. At temperatures below 0° F, nuts will store for 2 years or more.

As with most nuts, walnuts are very healthy. They are rich in Omega-3 fatty acids and protein. The recommended daily serving is ¼ cup, which contains 4 grams of protein per serving. Walnuts are rich in monounsaturated fat as well as poly unsaturated fat and may help reduce LDL cholesterol when included in a healthy diet.

Where can I purchase walnut trees?

Many local garden centers carry walnuts. Mail order and online companies may offer a wider selection. Specific cultivars of black walnut are less common as are heartnut and butternut. Some potential vendors of harder to find walnut cultivars or species include:

Can I compost my walnut leaves, or will they be harmful to my plants?

Walnuts produce chemicals in their roots, fruit and leaves that are allelopathic. These chemicals enter the soil and can be detrimental to nearby plants. For this reason some turf species, except Kentucky bluegrass and fescues, and some other plants may struggle. This can be partially managed by promptly removing leaves in the fall. Do not incorporate walnut leaves directly into the garden. Instead, fully compost them in a compost pile, which will cause the allelopathic chemicals to break down. These chemicals do not harm humans.

The Northern Nut Growers Association has a website that is a source of a great deal of knowledge about nut culture in North America. It also has information on how to obtain scion wood for grafting. 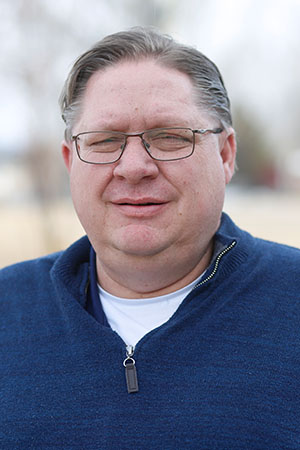 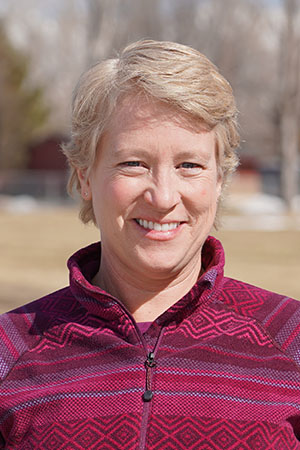 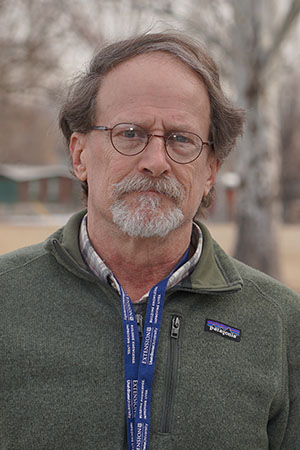 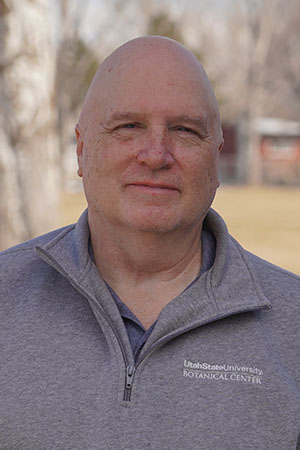