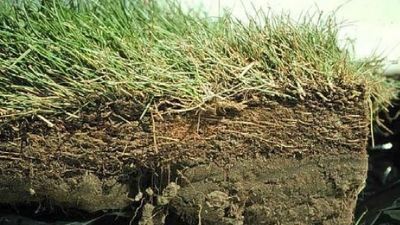 The term cultivation can be a bit confusing when used in the context of turfgrass management. While agricultural cultivation typically refers to tilling the soil, this is not possible in stands of turfgrass. But the purpose of turfgrass cultivation is similar. The soil is loosened to reduce compaction of the soil and reduce thatch layers, improving air and water movement. Of course, the goal is to do this without destroying the turfgrass.

Thatch is a layer of organic tissue between the soil and the green leaves of the turfgrass. It’s usually made up of the harder to decompose parts of the turfgrass plant. A small amount of thatch (up to ½ inch) is good, but too much prevents grasses from rooting into the soil. Thatch can’t hold much water or many nutrients, so too much rooting in this layer should be avoided. When thatch does build to excessive levels, it is often the result of too much fertilization, too much watering, or both. These practices create an imbalance in the decomposition process and soil micro-organisms can’t keep up with the buildup of organic tissue. Practices that harm earthworms and burrowing insects, the natural aerifiers in the soil, also encourage thatch buildup.

One of the reasons we use turf as a ground cover is because it can tolerate lots of traffic, however, traffic leads to compacted soils, especially on finer textured soils like loams and clays. In compacted soil, the spaces between soil particles that contain water, and especially air, are reduced. In time, grasses can become very weak and thin, and may even die. Reducing traffic and changing traffic
patterns can help, but this is often difficult or not possible.

Regardless of the cause of thatch buildup or compaction, an effective method for returning balance to the decomposition cycle and reducing thatch and compaction levels is cultivation. Cultivation, though, can be accomplished in many different ways and you should choose the one that is most appropriate to your situation.

Core aerification is one of the most beneficial things you can do for your lawn. Hollow metal tines, mounted to a rolling drum or axle are used to remove cores of soil and thatch from the turfgrass area. These tines can vary in length and spacing, but a penetration of 3-4 inches into the soil is best. Following aerification, the cores should be left on the area, but breaking them up with a rake or mower will help the soil sift back into the turf and reduce the mess.

Solid tine aerification is very similar to core aerification, except that the tines are solid and do not remove a core of soil and thatch from the turfgrass area. While this type of cultivation does not leave the surface covered with cores, it is not as effective at loosening the soil as core aerification and can increase soil compaction if not done properly.

De-thatching refers to physically pulling out some of the thatch layer. This can be done with a stiff garden rake, but usually is done with a machine called a power rake or a vertical mower. These machines use spinning, vertical blades to pull out the thatch. The difference between the two is that vertical mower blades are mounted directly to the axle of the machine, while power rake blades are attached with a hinge, allowing the blades to “give” if they hit a rock or some other obstruction. The blades of these machines may simply brush the turfgrass surface, or they may be set deeper to break up cores from cultivation, or to pull up thatch. The blades should not be set so deep that they touch the soil.

A great deal of thatch and will be removed by dethatching and the process can be extremely stressful to the turfgrass. Because of this, de-thatching should only be done to prevent thatch from developing. Once a substantial thatch layer has developed, core aerification is most effective.

The grasses grown in Utah are usually cool-season grasses (i.e., Kentucky bluegrass, tall fescue, fine fescues). Because of this, they grow most actively in spring and fall when temperatures are cool and moisture is not as limiting. Aerification and dethatching, when necessary, should be performed during these periods of active growth, with the late summer-early fall being preferred. Cultivation once
per year is usually sufficient for most home lawns. However, more cultivations may be required on intensively-managed areas such as parks and sports fields and heavily used areas like playgrounds. For warm-season grasses (i.e. buffalograss or zoysiagrass), cultivation should be performed during the heat of summer, when these grasses are growing most actively. 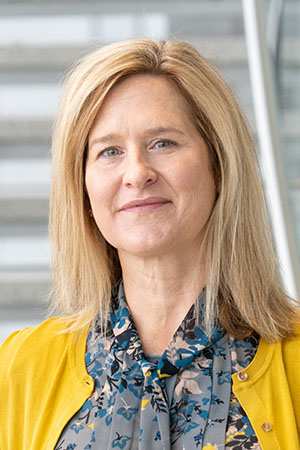 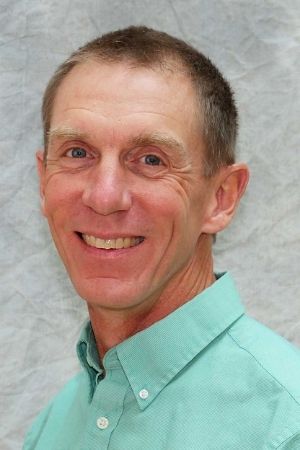