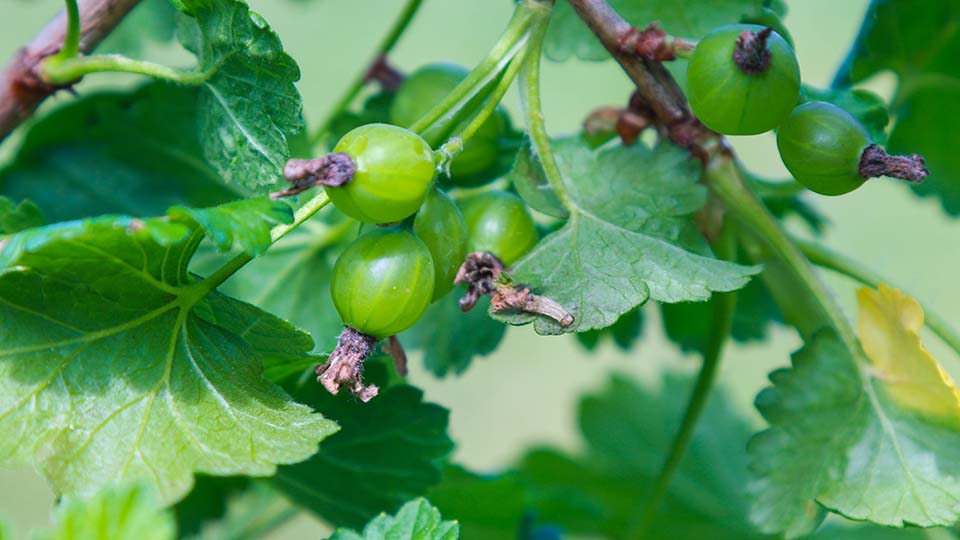 Gooseberries are relatively easy to grow and yield rewarding, tart berries perfect for pies and jellies. Gooseberry bushes have arching branches and are usually 3 to 5 feet high and wide. They have inconspicuous small green and pink flowers that are self-fertile and open early in the season. Bushes yield small berries that are usually greenish yellow but can also be pink, red, or even white depending on cultivar. There are two species of gooseberries: the European gooseberry (Ribes grossularia), and the American gooseberry (Ribes hirtellum). Gooseberry plants do well in a home garden and are an excellent option for fruit production in very cold climates as they are hardy to zone 3.

American Cultivars: ‘Poorman’ is very productive, with medium-sized red fruit and is well suited for the home garden. It has been bred to be particularly cold-hardy, even for a gooseberry. ‘Oregon Champion’ produces yellow-green berries that work well for processing. ‘Downing’ is widely grown and is resistant to mildew. It produces small green fruit with very good flavor.

Gooseberries are an ideal fruit for cold climates, with most cultivars able to survive mid-winter temperatures of -40 °F. Gooseberries require a minimum of 1,000 hours of winter chilling for buds to break and usually perform well in zones 3 to 6. Select a sunny to partly shady location, preferably a spot that gets some shade during the hottest part of the summer such as on the east side of a building or wall. Gooseberries also do well as an understory plant. They tend to bloom early and may be injured by late frost events. Planting on a north-facing slope helps delay blooming in these regions and also helps keep the plant cooler during the summer.

Since gooseberries can live for many years, it is well worth taking time to prepare the soil before planting. Gooseberries prefer a well-drained soil and organic matter should be incorporated into silt loam or clay soils before planting to improve drainage. Plants do best in a soil with a pH of 6.0 to 7.0 but can adapt to higher pH soils as well. It is a good idea to test the soil to determine nutrient concentrations and to have a starting point for determining fertilizer needs.

Gooseberry bushes grow to be 3 to 5 feet tall. Flower buds form on 1-year-old wood and on short spurs of older wood. Each bud opens to yield one to four flowers. The flowers are self-fertile and are pollinated by wind and insects. Although there are a few thornless or almost thornless cultivars, most gooseberry plants have branches covered with thorns. Gooseberries are closely related to currants and, for some, can be challenging to correctly identify. The arrangement of berries on the stem can be a good identification tool. Gooseberry fruit are born singly or in pairs on very short racemes. Current fruit form on longer racemes with 10 to 30 fruit per cluster and hang similar to a grape cluster. Also, the tips of gooseberry branches are arched while current branches are straight. Currants are also thornless.

Gooseberries are usually purchased as bare-root, 1- to 2-year-old stock. Make sure to purchase from a reliable nursery to ensure plants are disease-free. The best time to plant is either in the fall or very early in the spring, before plants begin to grow. Bare root plants should be placed in a bucket of water for about 1 hour to allow the roots to rehydrate before planting. Dig a hole slightly deeper than what they grew at in the nursery and wide enough to spread out the root system. Locate the soil ring on the stem of the bare-root plant that indicates the depth it was previously planted, and cover with soil to just above that point. Prune back to two to four buds to encourage vigorous growth.

Spacing will vary somewhat depending on cultivar, but in general, leaving 3 to 5 feet in the row and 8 to 10 feet between rows is sufficient. Do not plant bushes too close together or the arching branches will intertwine and become difficult to prune and harvest. Gooseberries can also be included in a landscape, as long as enough room is left around the plant for harvesting and it is placed with plants that have similar water and nutrient requirements.

Keep the soil moist but not waterlogged. With their fibrous, shallow roots gooseberries are ideal for drip system irrigation. Keep the plants watered all season, since they will not regenerate buds or leaves lost from drought stress. Additionally, water-stressed plants are more susceptible to mildew than a well-watered, healthy plant. Mulch at the base of the plant can help retain soil moisture as well as suppress weeds.

For fruiting and disease resistance, potassium is a particularly important nutrient. A symptom of potassium deficiency is scorching of leaf margins. Deficiency can be avoided with an annual dressing of 2 tablespoons of potassium fertilizer per plant. Gooseberry plants also have a fairly high requirement for magnesium. Excessive amounts of nitrogen promote disease, especially mildew, so care should be taken when applying nitrogen to the soil. In general, about ½ cup of a balanced fertilizer (10-10-10 or 16-16-16) per plant can be applied to maintain a good balance between growth and disease tolerance.

A gooseberry bush can quickly become over-grown and unhealthy without pruning. Keeping the center open to air and sunlight will also help reduce the occurrence of disease. Gooseberries bear fruit primarily on two and three year old branches. A good ratio of fruit bearing branches can be maintained by leaving 4 to 5 shoots each of 1, 2, and 3 year old wood, and pruning out any shoots older than 3 years. As with most woody plants, the best time to prune is late winter or early spring when the plant is dormant.

Weeds can harbor pests and use valuable nutrients and water. Applying heavy mulch around each plant will help reduce weeds. Deep cultivation near the plants should be avoided, as gooseberries tend to have shallow and fibrous roots that can be easily damaged. A spring application of preemergent herbicide, such as dichlobenil or oryzalin, will minimize annual weeds. Control perennial weeds before planting, as control will become more difficult once gooseberries are planted.

Glyphosate is registered for used on gooseberries as a directed application. This means that the herbicide must not come in contact with the gooseberry leaves or stems, and caution should be taken to avoid unintended drift that will damage the plant. It is a good idea to use a shield between the plant and the sprayer during application.

Harvest, Storage, and Use

Most cultivars have thorns on the stems and wearing long sleeves and gloves during harvest is recommended. Harvest usually lasts over a four to six week period. Berries can be picked green and then cooked into a pie or other recipe, or you can wait until they are completely ripe and eat them fresh. Average yield from one healthy and mature gooseberry bush is between eight and ten pounds of fruit.

Gooseberries should be refrigerated as quickly as possible after harvest. Harvest into small, shallow containers to improve air circulation around the fruit and reduce bruising. With proper cooling and storage, fresh gooseberries can be stored for up to three weeks. Gooseberries can also be frozen or bottled for long-term storage.

Gooseberries used for culinary purposes such as tarts, pies, and jams are usually picked underripe. Allow fruit to fully ripen if eating berries fresh. A classic gooseberry dessert is a “fool,” made by folding cream into the stewed fruit. Gooseberry fruit are prized for their health benefits, and are a good source of vitamin C and antioxidants. 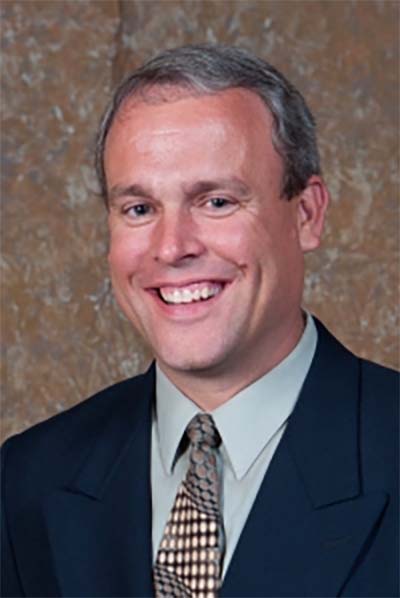