Adult: White butterfly with a wingspan of about 1.75 in. and one to four black spots on the wings.
Egg: Rocket-shaped, white to cream in color (eventually turning yellow); laid on the undersides of leaves.
Larva: About 1¼ inches long at maturity with a green, velvet-like body, and a yellow-orange stripe down the center of the back.
Pupa: Green in color with yellow stripes on the back and sides; there is no outer cocoon.

Overwinter as pupae near host plant debris and emerge as adults in mid-spring. Eggs are laid singly on the undersides of outer leaves and hatch after 4-8 days. Larvae mature after 2-3 weeks and pupate on the host plant. Pupation takes 1-2 weeks and emerged adults mate and lay eggs for a second generation. One generation takes about 3-6 weeks from egg to adult and 3-5 generations can occur each year.

Natural enemies can be a major contributor to reductions in cabbageworm populations. Trichogramma wasps and tachinid flies parasitize cabbageworm eggs, pupae, and larvae. Commercially purchased Trichogramma can be released at peak flight of cabbageworm as an effective form of control. Bacillus thuringiensis var. kurstaki (Bt) and spinosad (e.g. Entrust) are especially effective when applied to young caterpillars of imported cabbageworm.

If 2 or more medium sized larvae are found per 10 leaves at the button stage, two sprays will be needed: 1) a spray at button stage and 2) a clean-up spray 7-10 days before harvest. 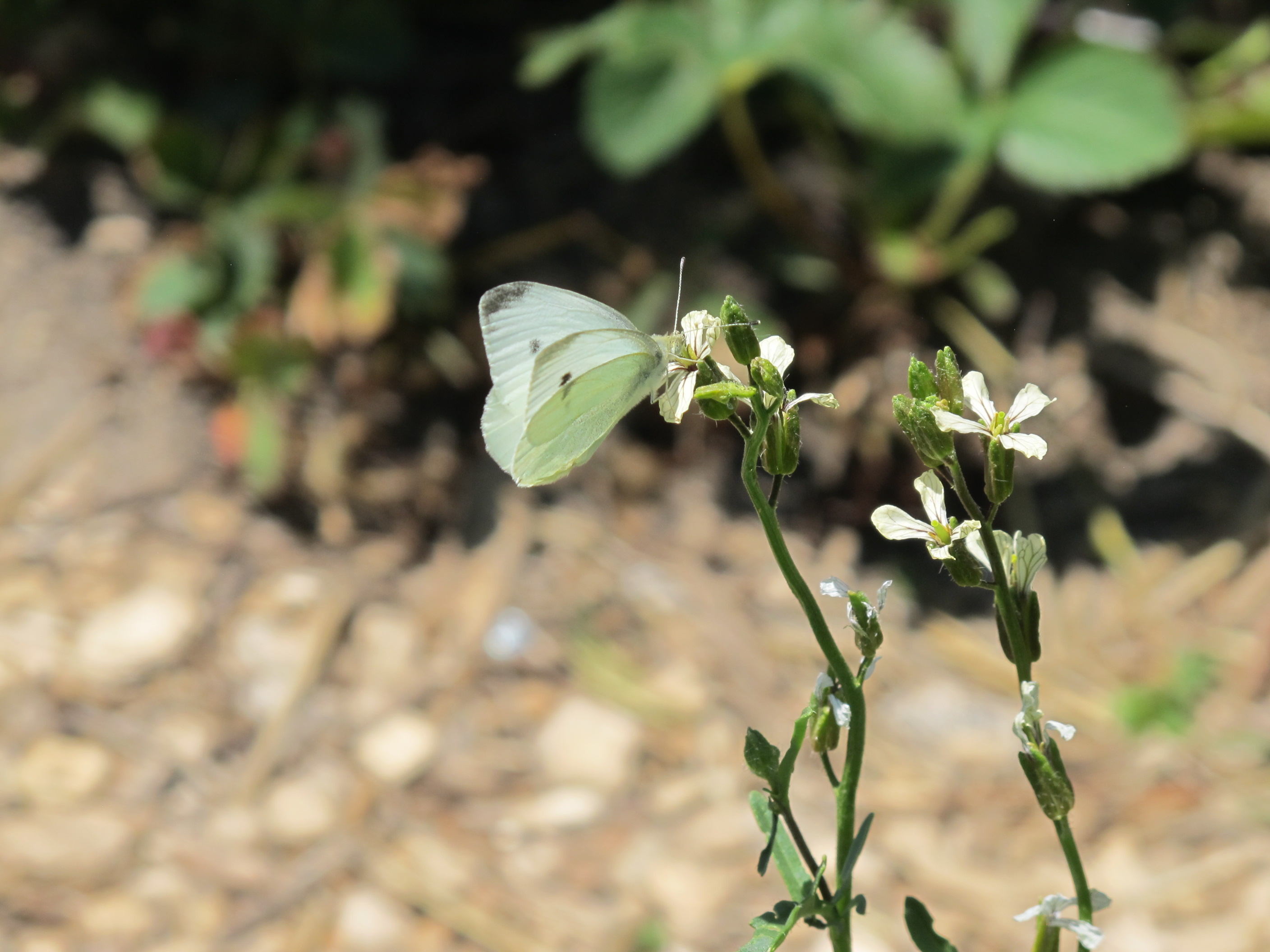 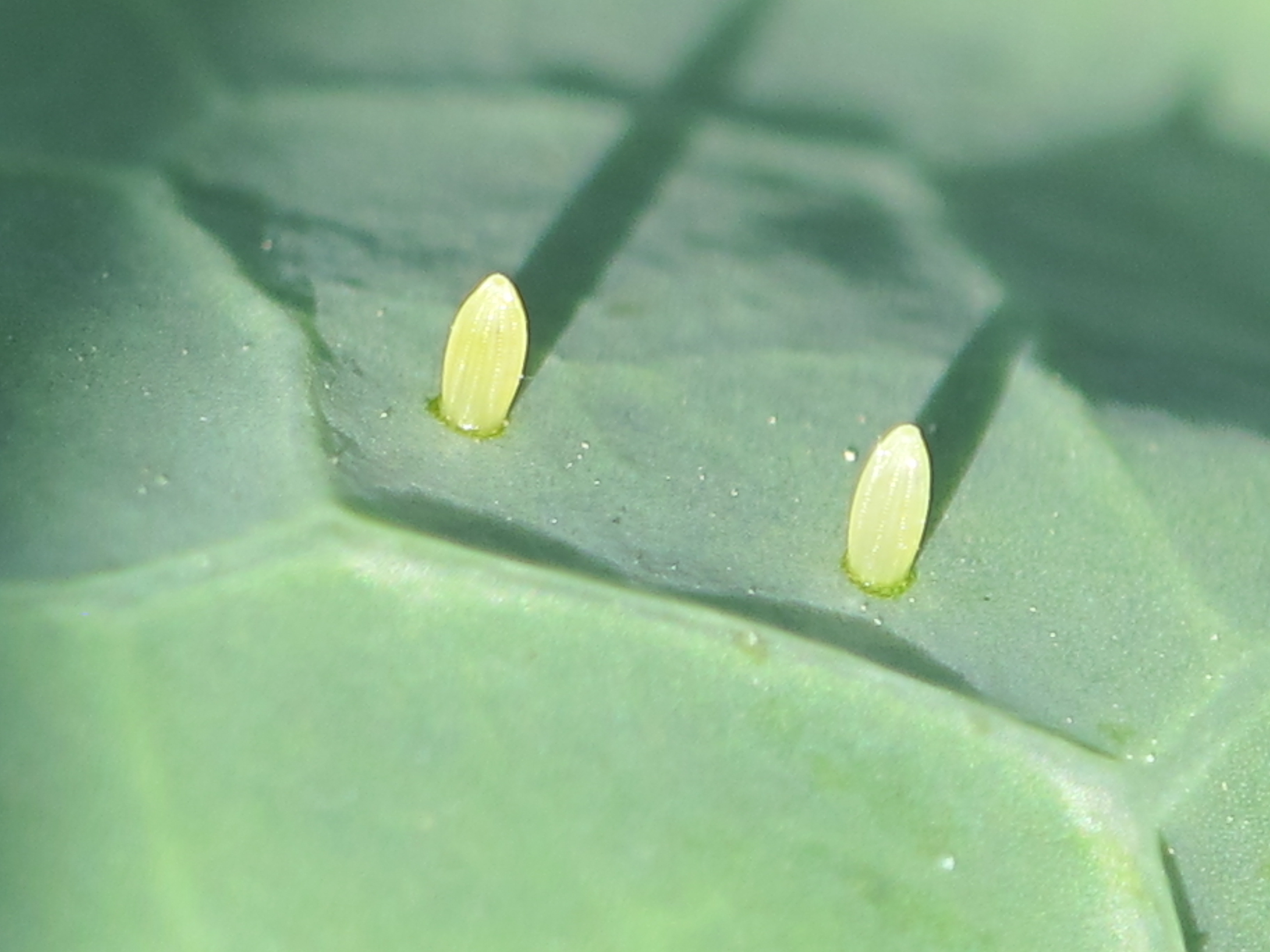 Imported cabbageworm eggs on the underside of a leaf; note the rocket shape

Imported cabbageworm larva and damage; note the yellow stripe on the backside of the larva.