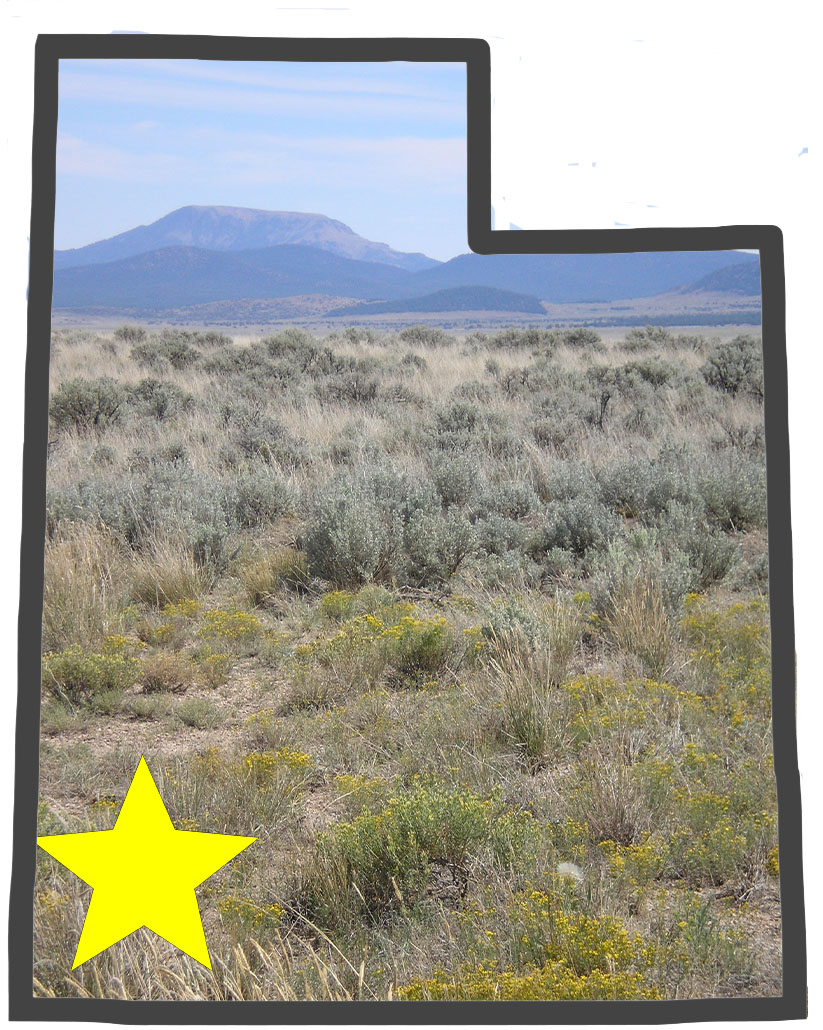 Ben is from Hamden, a small town in central New York. He obtained a B.S. in Biology from Ithaca College. Since graduating in 2013, he has had multiple job positions working with wildlife, including sage grouse in Southern Idaho, Black Rails in South Carolina, Fairywerns in Australia, and Yellow Crazy Ants on Johnston Atoll.

Ben can be reached at bdonnel2@gmail.com

Sage-grouse at the Southern Edge of Their Range

This research focuses generally on the ways in which topography, land cover, and climate impact the potentially threatened greater sage-grouse on their fragmented southern range margin.

Sage-grouse range and populations have been declining for decades. Along the southern edge of their range in southern Utah and Nevada, sage-grouse habitat tends to be fragmented and of lower quality than in the core of their range. These isolated populations are likely more prone to the effects of habitat loss and climate change. However, it is not clear to what degree each population is threatened by changes to their habitat. In my research, I am seeking to elucidate the ways in which sage-grouse use the landscape, including how they seek shelter from avian predators.

Much of the sage-grouse habitat lost has been due to pinyon-juniper forest encroachment. Those trees provide perches for avian predators and displace the sagebrush that sage-grouse need. We used data from GPS transmitters on >120 sage-grouse to evaluate how they respond to trees and other factors on the landscape. Despite the potential risk of predation, we have found that sage-grouse use areas close to trees when they can use moderately rugged topography and contiguous sagebrush patches, likely to block the sightlines of potential predators in the trees. This means that management actions, such as removing pinyon-juniper stands, should prioritize areas that are more open and with less sagebrush, where sage-grouse have little shelter. Further, we have found that the strength of this effect varies greatly across this range margin. Individual sage-grouse make decisions at local scales, so their greatest perceived threat depends on their local landscape. A sage-grouse using an area very far from trees is unlikely to use rugged terrain and can more safely venture out of dense sagebrush. This suggests that conservation planning must account for local-scale conditions in addition to state or regional-scale drivers.

Aidan Beers is a PhD candidate in the Wildland Resources Department at Utah State University with a focus in Wildlife Ecology. He began the program in 2018. Aidan specializes in wildlife spatial ecology and habitat selection, using spatial data and a variety of statistical approaches, including machine learning, to address complex ecological questions of conservation concern. Prior to joining USU, Aidan worked with pikas in North Cascades National Park and Colorado, where he earned his Master’s degree in Ecology and Evolutionary Biology from the University of Colorado Boulder; with wolves in Yellowstone; and with brown bears in Alaska. Aidan anticipates completing his PhD at USU in 2021 and plans to continue to work in wildlife ecology, focusing especially in spatial, quantitative, and conservation problems.

Over the past few decades, raven populations have both expanded and grown throughout the West. Ravens are problematic predators for several sensitive species including the Greater Sage-grouse. A substantial amount of research has investigated ravens in sagebrush habitat and how they have impacted sage-grouse populations via nest predation. Studies show that ravens are more often found in areas that are closely associated with anthropogenic structures and activities including livestock grazing, pipelines, and roads. Zoë Moffett’s master’s thesis will fill in some of the gaps in our knowledge of how ravens inhabit sagebrush habitat and how their behaviors impact sage-grouse during different periods of the breeding season. The study will take place in the Bald Hill and Panguitch SGMA's in Southern Utah. Her project will involve roadside point-count surveys for ravens, the trapping and tagging of ravens (with cellular transmitters), trail-camera surveys on active leks to detect raven presence, as well as an artificial nest experiment in different sage-brush vegetation treatments. This project is in partnership with the Cedar City BLM office, Hawkwatch International, and with Utah State University.

Zoë Moffett grew up in the forests of Connecticut, before moving to Colorado where she got her B.A. in organismal biology and ecology from Colorado College. She considers herself to be an ecologist as she has a love for everything flora and fauna.

As an avid hiker/backpacker, she completed the Colorado Trail (~ 500 miles) in the summer of 2019.

Blake Ledbetter’s current project is focusing on the Wildlife Crossing structure over I-80 at the summit of Parley’s Canyon to document species crossings, the timing, behavior, and nature of those crossings all while comparing the success of this crossing to other crossings that have been built. An additional part of his study is to find if this structure is effective in mitigating wildlife-vehicle collisions in this section of the canyon

I started my wildlife journey in my hometown at Haywood Community College (a small college nestled in the Smoky Mountains of western North Carolina) and moved on from there to get my B.S. in Wildlife and Fisheries Science from The University of Tennessee. Shortly after, I earned my Associate Wildlife Biologist certification and got accepted as a Master’s candidate in the Wildlife Resources Department at Utah State University majoring in Wildlife Biology. Working with a wide variety of species from Douglas squirrels in Washington to Elk in North Carolina all the way down to endangered bats in Louisiana, I never really stayed in one place for too long. I held onto my passion for wildlife the whole way and never took life too seriously!