EFNEP, a Great Place to Be a “Foodie” and a Full Professor 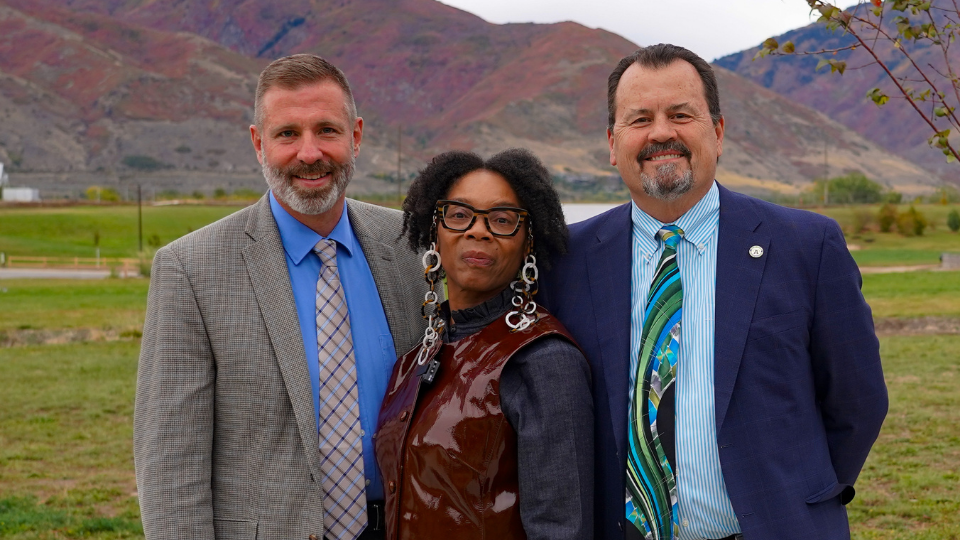 Scott was born in Salt Lake City in almost the same spot where the Salt Lake County Extension office is now located. When she was a child, her family moved to Los Angeles for a few years, but came back to Utah and she graduated from Layton High School and later Utah State University.

Though she has spent most of her USU Extension career working with EFNEP, her degrees were in public administration and business administration. She was also a cheerleader at USU for three years after initially trying out for the squad on a dare.

“It was a free dinner at the Sizzler just for trying out,” she recalls.

She made the team, which helped her follow her brother, Maurice Turner, who played for the USU football team.

Her interest in nutrition and a career in Extension came about when she took an internship in Weber County in 1993. One of her first assignments was wearing the mascot cartoon character costumes for NutriBird and NutriDog as part of a youth nutrition education program.

“It wasn’t until 1998 when I was certified in family and consumer sciences that I really felt like ‘I got this’ and became more focused on food and nutrition,” Scott says. “I also realized that EFNEP was a great place to be a ‘foodie!’”

In her 28 years with USU Extension, she has served in three counties, including working as the Salt Lake County Extension director for three years. In her current role as state EFNEP director, she has helped train more than 500 staff in professional development and diversity.

Even with so many staff members, she said she likes to do face-to-face site visits as much as possible.

“It has been an important part of our success to maintain these personal connections,” she said.

At the celebration, USU Extension Vice President Ken White thanked Scott for her service and contributions to the health of Utahns.