Ask an Expert – Wild Animals Are Not Pets

Ask an Expert – Wild Animals Are Not Pets 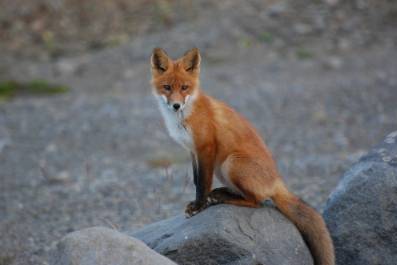 A woman in New York paid $1,800 for a 9-week-old black leopard. She thought it was cute and friendly – until it attacked her.

A Pennsylvania woman died after being attacked by her “pet,” a 350-pound black bear she had raised since it was a cub.

A red fox pup was turned into a shelter by a family that had kept it in captivity. The fox became blind because it was not being fed properly.

These are examples of people who attempted to make pets out of wildlife, and the unfortunate situations are not isolated.

Besides the harm that could occur to wild animals kept in homes, keeping wildlife as pets poses great danger to humans. Born Free USA, a nonprofit advocacy organization that strives to end the ownership of wild animals, has documented over 1,500 attacks, including 75 human deaths involving wildlife pets since 1990.

In most states, private ownership of wildlife is illegal. These laws exist because wild animals have special needs, and it is difficult to keep them healthy and alive in captivity. Proper nutrition is essential for normal development, and any deficiencies may cost the animal its life.

Unlike domesticated cats and dogs, keeping a wild animal in a home, or raising it by hand as a newborn, does not make it a pet. It remains a wild animal.

Humans have bred dogs, cats, cattle, sheep and other livestock for as long as the last 10,000 to 15,000 years. Domestication is a process that occurs over many generations of animals. Through domestication, over time, undesirable traits are bred out of a species. Even then, the animals often retain the ability to maim and kill. Four and half million people are still bitten by domesticated dogs each year in the United States.

Wild animals may carry zoonotic diseases that can be transmitted to people and pets. Some of these, such as rabies, can be lethal to humans. Wild animals can carry the same diseases that some of our pets are susceptible to, such as distemper. But unlike pets, wild animals are not vaccinated for diseases or dewormed, nor do they see a veterinarian regularly. Consequently, the infectious diseases and parasites a wild animal may carry can be harmful to both people and pets.

Given these risks, it brings to question why someone would purposely take an animal from the wild and keep it captive.

Ignorance about the perils associated with the wild pets, curiosity about wildlife, love of animals, ego, novelty or perhaps even profit provide some reasons. The most frequent reason is when people rescue orphans and decide to raise them. However, a captive wild animal is essentially a prisoner caught between its instincts and its dependence on humans to survive.

As a captive animal grows independent of its caretakers, it may become aggressive, frustrated or may bite, leading to injury or death. It has not had thousands of years to overcome wild instincts as domesticated animals have. The animal may escape, it may be let go in the wild or it may be brought to a wildlife rehabilitator. By this time, it may be too late to teach it survival skills or appropriate social behavior for its species.

Some wild animals are not protected under Utah state law, meaning you do not have to possess a valid hunting or trapping license to harvest them. Wild animals, like raccoons and coyotes, require a permit to house them in captivity. The importation, distribution, relocation, holding in captivity or possession of live coyotes and live raccoons in Utah is prohibited.

Unpermitted wild animals may be seized immediately by the Utah Division of Wildlife Resources, the Department of Health, the Department of Agriculture and Food, animal control officers or peace officers. If you have an illegally held wild animal, your best course of action is to contact one of the agencies mentioned or a licensed wildlife rehabilitator. They can determine if the animal can be re-socialized with its own kind and forage for itself. A wild animal that has been raised by humans has not been properly prepared for life in the wild. To release a captive wild animal is almost certainly dooming it to suffer starvation, unnatural predation, accident or an unfortunate contact with humans it might see as friendly.

If you want a pet consider this. Of the 3 million cats and dogs that are euthanized in shelters each year, most are healthy and treatable and could have been adopted into new homes. 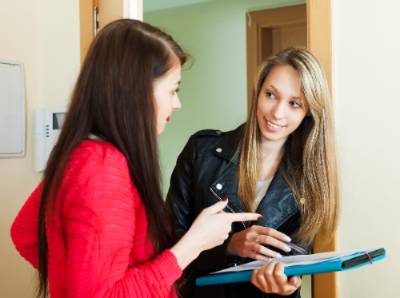 Ask an Expert: Fact and Fiction about the 2020 U.S. Census

It comes around every 10 years, and it's hard to believe it is time to participate in another U.S. Census. Below is information from the Federal Trade Commission, in partnership with the U.S. Census Bureau, about the facts and fiction on how the 2020 Census process works. It includes the information you will -- and won't -- be asked for, and red flags to help you spot and report scams. 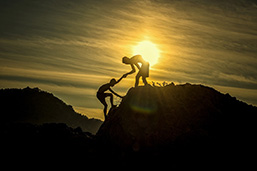 The Tribal and Rural Opioid Initiative (TROI) was launched by Utah State University Extension in 2018 to provide effective resources to address opioid use among rural Utahns.

The recent frigid Arctic air encompassing much of the mid-west caused mass transit, businesses and schools to shut down. It also was responsible for several deaths. If you were caught in such adverse conditions, unable to leave home because of a snow/ice storm or you were in your car stuck in a snowbank several miles from home, how would you fare?