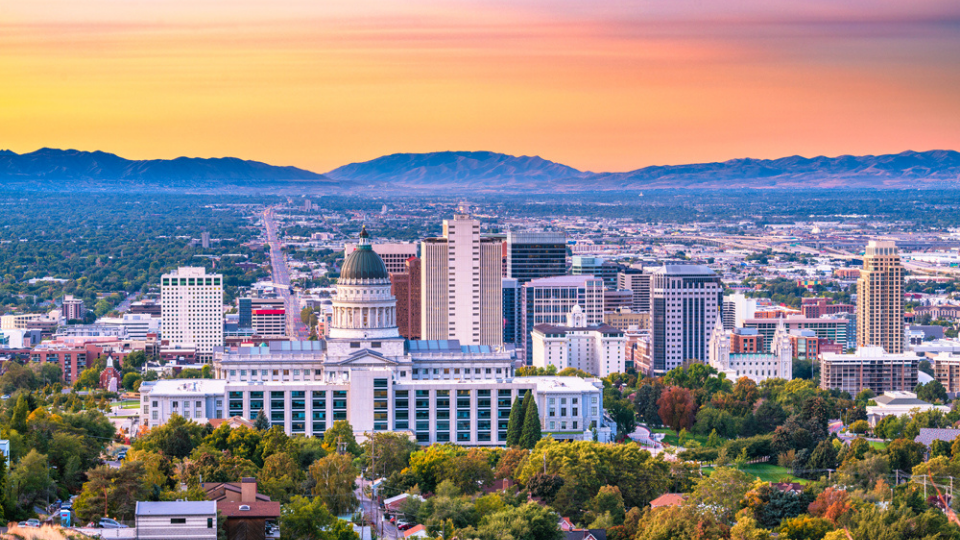 For the fourth year in a row, WalletHub has named Utah the worst state in the nation for women’s equality in a report released in August titled “2021’s Best & Worst States for Women’s Equality.” WalletHub’s analysis compared the 50 states across 17 key indicators of women’s equality, categorized in three primary areas: workplace environment, education and health, and political empowerment.

The Utah State University Utah Women & Leadership Project (UWLP) released a white paper this week to provide a deeper analysis of why Utah was ranked last – yet again – in the WalletHub study. The report includes what Utahns can do to help shift several aspects, including the negative national rankings of women’s equality, the harmful perceptions related to Utah not being a good place for women, and Utah women’s personal experiences in terms of gender inequality.

Susan Madsen, founding director of the UWLP and co-author of the white paper, said reports like this highlight a critical dilemma in Utah that is often the elephant in the room.

“Scores of some of these metrics may directly or indirectly link to the fact that more than 60% of Utah residents are members of The Church of Jesus Christ of Latter-day Saints,” she said. “Clearly, the division of effort and focus on the family continues to influence the decisions of many Utah residents and most likely impacts how Utah scores on several of the metrics measured in the WalletHub survey. Yet major limitations of WalletHub’s metrics are that they don’t highlight many of the things that Utah women do so well, like home, family, and volunteerism.”

“WalletHub has two annual state ranking reports,” she said. “The second report is ‘Best and Worst States for Women,’ where Utah ranks much better at 28th. This ranking includes women’s economic and social well-being, where Utah ranked 32nd, and women’s health and safety, where Utah ranked 24th. So that is the good news, but it is critical that we address being ranked lowest in the nation for equality.”

Madsen referenced a recently published UWLP research report, “Utah Gender Wage Gap: A 2021 Update,” that could help provide general recommendations. Some include encouraging women to complete postsecondary certificates and degrees at all levels, providing resources for teens and young adults to help them navigate options for family and work and help them plan education and career goals. In addition are providing professional development opportunities, including negotiation training, and giving instruction and support to those who wish to re-launch careers after time spent away. Utah’s well-respected business community could also provide additional support for female-owned businesses, including equitable access to funding, which can help narrow the gender wage gap.

“Forward-thinking companies would do well to find ways to support female talent and develop female leadership within their organizations and they can also remove the structural and cultural barriers to retaining that talent,” Madsen said.

In addition to these general recommendations, Madsen provided the UWLP’s top 10 recommendations for Utah decision-makers in terms of shifting the negative national rankings of women’s equality, based on the WalletHub metric. They are listed in the order of the highest point values related to the WalletHub report:

1) Elect a woman for one of the two seats in the U.S. Senate, 2) Elect women for two of four seats in the U.S. House of Representatives, 3) Reduce the disparity related to Utah women’s perceptions of the affordability of doctor visits by 50%, 4) Shrink the disparity in 8th-grade math scores by one point, 5) Elect one additional woman to a statewide executive office, 6) Add 780 women to executive positions within the state, 7) Elect seven additional women to the Utah House and Senate, 8) Add 1,000 additional women-owned business in Utah, 9) Narrow the gender pay gap, and 10) Increase the percentage of Utah women completing graduate degree programs.

The questions then become: Can Utah create a unique path forward that will improve gender equality, while also respecting the circumstances and choices of women and families? And, if so, what might that distinctive path forward look like?

“Research continues to show that organizations and entities will increasingly thrive when both men and women hold leadership roles and are provided equitable opportunities and access to resources,” Madsen said. “This topic is central to existing discussions about meeting the current and future needs of Utah’s thriving economy. We know that gender inclusivity benefits not only businesses, but also entities such as churches, state legislatures, city councils, the state government, and society at large.”

It is important to make meaningful changes in the state so that all women – and Utahns as a whole – can experience equitable access to opportunities of all kinds that will help them better thrive, Madsen said.

“As Utah decision-makers and residents join to find ways to strengthen the impact of girls and women more effectively, more Utah women and families will feel connected to our state’s well-known mantra – ‘This Is the Place,’” she concluded.

A second report author is Greg Madsen, a recent Ph.D. in global leadership from Indiana Tech University, with a dissertation focused on “Men’s Perception of Gender Bias and the Relationship Between Psychological Standing and Willingness to Engage as an Ally.”

To read the full white paper, click here. Further information about the UWLP can be found at utwomen.org.