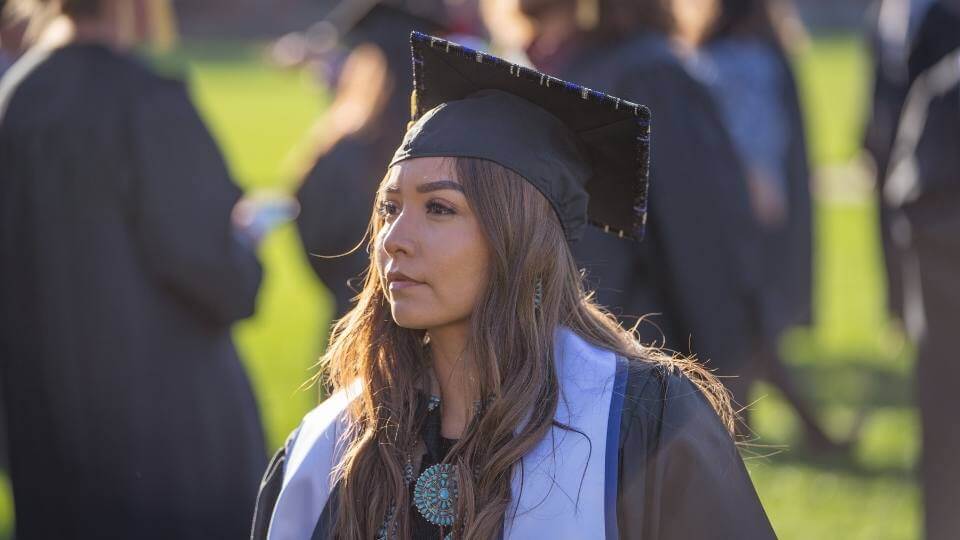 Recent U.S. Census Bureau data show that slightly more Utah women are earning bachelor’s degrees than Utah men (23.4% vs. 22.6%). However, Utah has the most significant educational attainment gap among advanced degree holders in the U.S. Nationally, 13% of females and 12.4% of males have a graduate degree, but in Utah, only 9.3% of females have a graduate degree, compared to 14.1% of males.

To better understand this disparity, a research team at Utah State University, led by Sojung Lim, associate professor of sociology, in partnership with the USU Utah Woman & Leadership Project, collected quantitative and qualitative data examining the resources and challenges of women pursuing undergraduate or graduate degrees. This report is the first of two and summarizes results from the quantitative data.

“The goal of this study was to examine the challenges Utah women face when they pursue higher education,” said Susan Madsen, founding director of the UWLP. “Understanding this will help us learn how to better assist women in attaining higher education, which will, in turn, help in other areas of inequity, including the gender wage gap.”

Study results came from a survey of Utah women 18 or older enrolled in colleges/universities pursuing an undergraduate or graduate degree. Participants were recruited through the registrar’s and graduate offices of Utah universities and through social media platforms and professional networks. In June 2022, 907 women completed the survey.

Participant demographics showed characteristics unique to Utah that may affect women’s educational attainment. For example, more than one in four undergraduate students and almost half of graduate students were married, and one in five women have child(ren). More than one in five women were employed full-time, and almost half were employed part-time. In addition, those in graduate programs were more racially and religiously diverse than women in undergraduate programs.

When asked why they went to college, about 30% reported wanting to learn skills necessary for their desired job. One in four respondents said they felt an undergraduate degree was necessary regardless of their career/life goals, and about 17% chose college to increase potential earnings.

To better understand Utah women’s educational aspirations and goals, they were asked if they plan to go to graduate school. Almost half said they were considering it.

“This result is somewhat surprising, given that Utah is the state with the largest gender gap in advanced education among all states,” said Lim. “It suggests that challenges and circumstances, not ambition and desire, are influencing the gap.”

Women in undergraduate programs with clear career goals appear to be aware of the benefits of graduate degrees and how they can advance their careers and economic prospects. Conversely, those with unclear career goals and strong family orientations are less interested in graduate school. Also, financial and time burdens associated with graduate programs are significant barriers.

Half of Utah women in higher education have considered leaving school due to financial difficulties. Many undergraduate women did not consider attending graduate school due to the cost and time commitment. These concerns could be alleviated if women understood that many graduate students receive financial support from their programs through assistantships and fellowships.

Another challenge for Utah women is learning to manage family responsibilities and education. This could be addressed by making students aware of childcare services and providing mentoring programs that target students with children.

A final challenge was women not fully understanding their career goals and the pathways that lead to them. Undergraduate students who were less inclined to attend graduate school often lacked knowledge about it, i.e., what graduate school entails, resources available, potential benefits, and return on investment.

“Through this research, we realized the importance of raising awareness and addressing barriers early during secondary and undergraduate education so more women consider and plan to pursue advanced degrees,” said Lim. “Institutions of higher education, government agencies, businesses, and individuals can innovate ways of supporting women in higher education, both financially and emotionally, so more women complete advanced degrees. Taking steps will not only mitigate gender disparity in advanced education in Utah but will move the needle in other areas of gender inequity in the state, including the gender wage gap.”