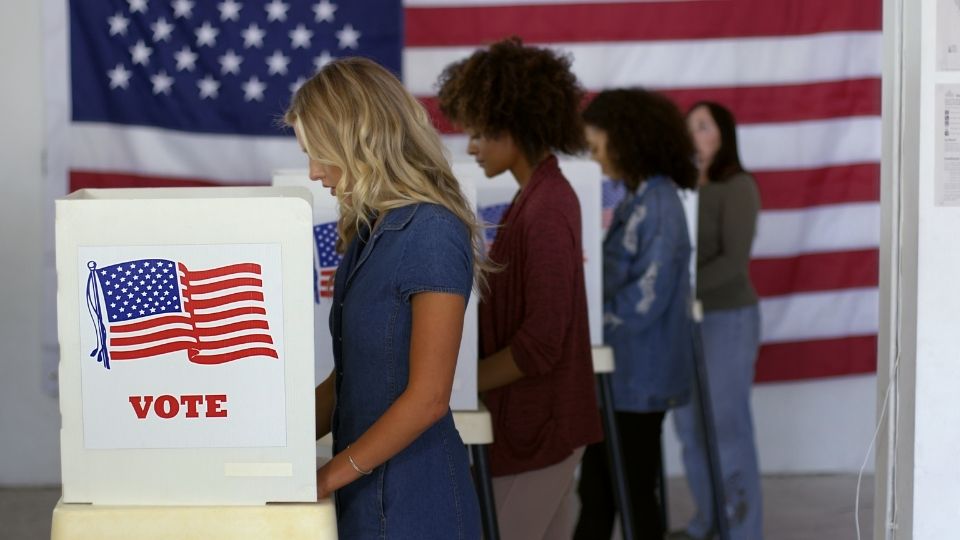 Women in Utah have a strong history of political engagement. In fact, Utah women were the first in the United States to vote under an equal suffrage law in 1870. Utah was also the first state to elect a female state senator (elected over her own husband in the same race), and as recently as 1992, Utah women had the highest voter turnout in the nation at 76%.

However, by 2006, Utah women’s voting rates plummeted to last place and remained as one of the bottom six states (including Washington, D.C.) until 2014, when Utah was ranked 43rd in the country.

A newly updated research report, compiled by Utah State University’s Utah Women & Leadership Project (UWLP), drew from 45 sources on voting and civic engagement among Utah women. The authors found that in 2016, Utah women’s voting rates rose to 35th in the nation and then continued to rise to 11th in 2018. New data, however, show that Utah has again slipped to 33rd in 2020 for the percentage of eligible women who voted, with a 66.6% female voter turnout.

Susan Madsen, founding director of the UWLP and one of three report authors, said in 2020, 92% of the U.S. population was eligible to vote, 72.7% of those were registered to vote, and 66.8% actually went to the polls.

“In Utah, the eligible population was higher than the national percentage at 93.9%, but only 63.3% of these citizens were registered to vote, and of those, 63.6% voted,” she said. “We – as Utah women – must do better at using our right and privilege to vote, and we have that opportunity right now!”

In addition to voting and advocating for public policy, volunteer work is another way residents can be involved in their communities.

Robbyn Scribner, a report author, said, “For the past 14 years in a row, Utah ranked first in the nation for percentage of residents who regularly volunteer at 51%. This is a full 20 points higher than the national average of 30.3%.”

One of the highest forms of civic engagement comes from running for and holding public office. Yet, a 2021 UWLP research report on the status of women in Utah politics shows that Utah women remain underrepresented in statewide elected office, the state legislature, county commissions, mayoral offices and city councils.

“Interestingly, 2020 was a record-setting year for women running for office in both the U.S. and Utah, and while Utah has no women serving in U.S. Congress, multiple Utah women are running for a national senate seat in 2021,” said Scribner. “Research shows that when women decide to run for office, they are elected at the same rate as men, which is great news.”

A 2018 UWLP report shows that Utah women, in addition to volunteering efforts, are well-represented in the leadership of nonprofit organizations, holding 57.4% of chief executive positions and 45.3% of total available board seats. However, Utah women are less likely to serve on government boards and commissions, holding only 32.7% of active positions in 2019 – up 4.6% from 2016.

“In many cases, very few women apply for open seats,” said Madsen. “Yet things are changing. I expect that percentage to rise significantly with the focus of the Cox-Henderson administration on equality and opportunity.”

Overall, educational institutions, government organizations and nonprofits can play a vital role in increasing Utah women’s voter participation and other types of community engagement, she said.

“This can be accomplished through funding and promoting relevant initiatives, programs and awareness campaigns,” said Madsen. “Women’s civic participation has the potential to influence every aspect of society, and these efforts will ultimately strengthen the positive impact of women in communities and the state as a whole.”

To read the full report, including links to resources and references, visit https://www.usu.edu/uwlp/files/snapshot/32.pdf. Further information about the UWLP can be found at utwomen.org.