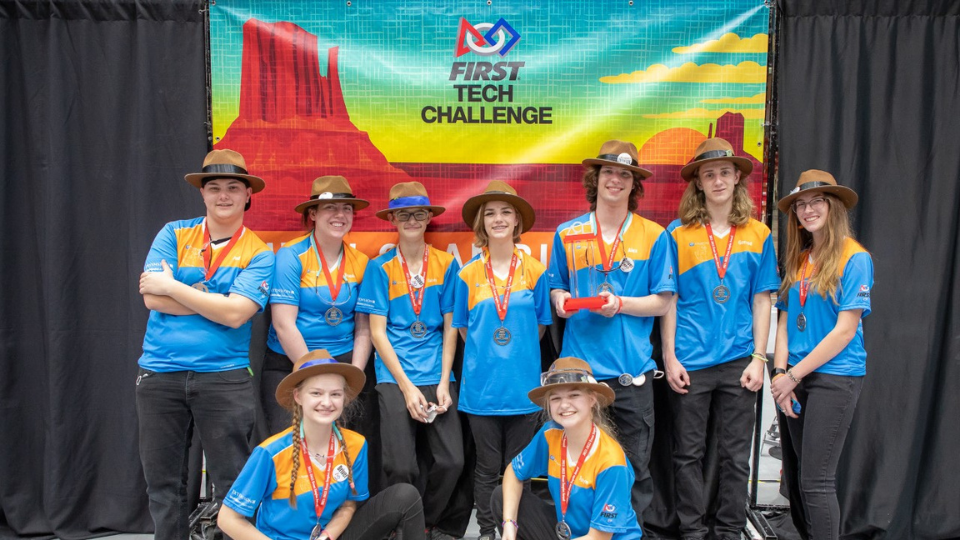 A Utah State University Extension 4-H robotics club from Washington County recently won the FIRST (For Inspiration and Recognition of Science and Technology) Utah Regional Championship and will be moving on to the FIRST World Championship in Houston in April.

The youth used their science, technology, engineering, and math (STEM) skills to build a robot designed to compete in a specific game against other teams’ robots.

“As an award-winning championship robotics club, these incredible teenage scientists, engineers, and software developers were not born this way,” said Paul Hill, USU Extension professor. “They have been actively participating in youth robotics and innovation projects for many years, some since they were as young as 9 years old. They would not have had these unique learning opportunities locally if not for our community’s long-term vision for cultivating a STEM workforce that is prepared for the jobs and challenges of tomorrow.”

The unique team name is a nod to the popular children’s television show Phineas and Ferb. The team also pays homage to Phineas and Ferb through the styling of the team jerseys and the fedoras the team members wear during competitions. The Team Without a Cool Acronym caught the attention of Jeff "Swampy" Marsh, co-creator of Phineas and Ferb. Marsh is now a huge fan of the TWCA, sending them “good luck” videos and signed posters from the show.

The Team Without a Cool Acronym is currently fundraising to pay for air travel, lodging, food, and event registration for the FIRST World Championship in Houston, where they will compete against robotics teams from all over the world.

Donations are accepted via GoFundMe, Venmo (@TWCArobotics), or on the USU Extension website (select “Washington County" as the “Area to Support” and enter “TWCA 4-H Robotics Club” in the text box).