By Ethan Brightbill | November 11, 2022
facebook print or save pdf 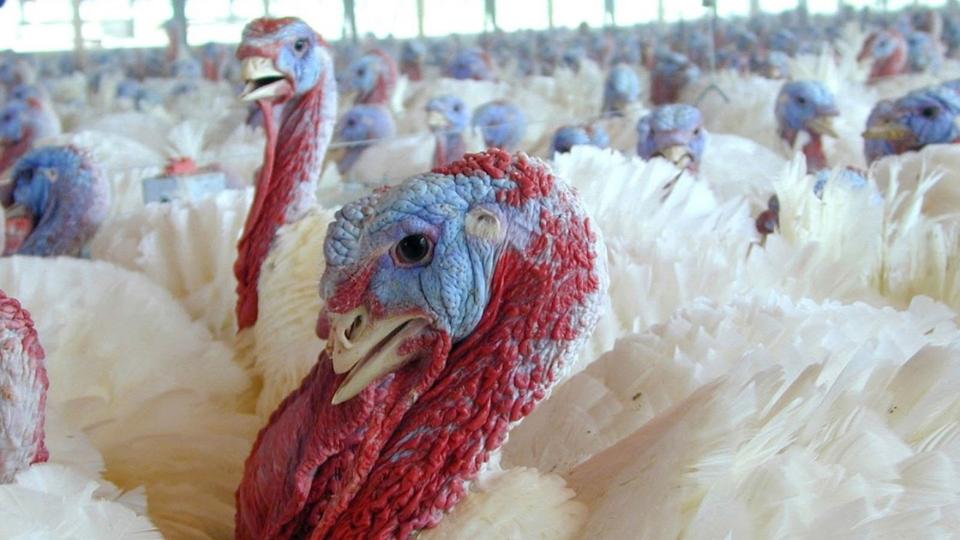 Wild and domesticated birds have faced a renewed risk from avian influenza this fall. While the virus was first detected in Utah in April 2022, experts warn that the strain of highly pathogenic avian flu (HPAI) is likely to spread even more rapidly this season.

“Commercial turkey, layer, and gamebird producers are very concerned about this strain of HPAI,” Frame said. “When infected, all birds are depopulated on the premises.”

In other words, producers lose all of the time and money invested in their birds. That includes not just the cost of the animal itself, but also the resources used to care for it and future income from eggs or meat.

“HPAI is causing losses in many of the largest poultry-producing states in the United States,” Frame said. “This will have a negative effect on the availability of eggs and turkey particularly. We will likely encounter increased prices for turkey for the fourth-quarter holiday season.”

The Utah Department of Agriculture and Food (UDAF) is greatly concerned about outbreaks of HPAI, especially after severe cases in the turkey populations in Sanpete County earlier this year. According to industry website WattPoultry.com, another case of HPAI was reported in Sanpete County on Oct. 25. This latest case reported by the U.S. Department of Agriculture’s Animal Health Inspection Service means 701,600 commercial turkeys have been affected in the U.S. this year.

The reason for the increased spread of the virus now is the same as when the virus first took hold in Utah: seasonal migration.

“In the autumn months, there is an increased risk of exposure to HPAI because of the waterfowl migration,” Frame said. “Waterfowl, especially dabbling ducks, are the primary reservoir for all avian influenza subtypes, including the HPAI now widely circulating within the U.S.”

While any infected bird can spread the disease, ducks and other waterfowl are particularly likely to do so because of the distances they travel and the amount of time they spend in lakes and rivers, which can lead to fecal contamination of water sources.

“All domestic bird owners should be vigilant in watching for signs of the disease and increasing biosecurity measures for their flocks,” read a statement from the UDAF. “If possible, birds should be kept locked inside enclosures to avoid contact with migratory birds. Flocks should not have shared water, feed, or grazing sources with wild bird habitats.”

Producers and other people with birds should be on the lookout for high mortality in bird flocks, nasal discharge, lack of coordination, and decreased appetite or water consumption. If birds experience one or more of these symptoms, it should be reported to the state veterinarian immediately.

HPAI hasn’t proven to be a threat to humans, but people are still able to spread the disease, warned Dr. Shawn Zimmerman, a professor of veterinary clinical pathology at Utah State.

“You can spread avian influenza just as easily as your bird,” Zimmerman said. “In particular, contaminated hands and feet are very prone to transmitting the virus.”

Zimmerman recommends thoroughly washing your hands after contact with a bird or flock. Because the virus also lingers on clothing, shoes and possibly other clothes worn while caring for birds should not be used anywhere else.

While producers are working with state and national agencies to create biosecurity plans and lessen the impact of HPAI, the months since the disease first appeared in Utah as well as the new rise in cases mean that some damage has already been done.

More information about HPAI is available through the UDAF website. If birds under your care have shown symptoms of HPAI, please contact the state veterinarian at statevet@utah.gov.