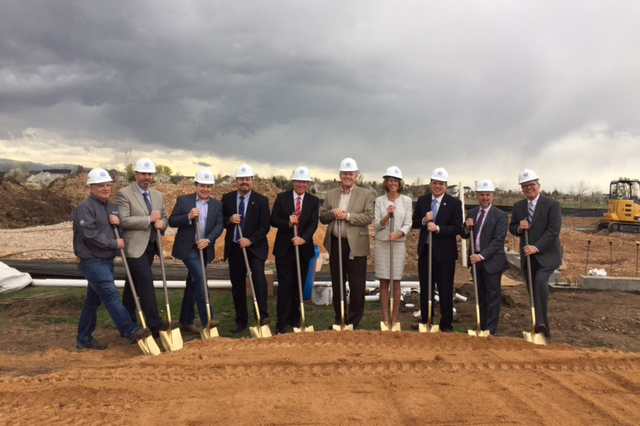 A ground-breaking ceremony celebrating the construction of the new Utah State University Extension and Distance Education building was held on March 22 at the USU Kaysville Education Building.

Construction of the new building is a culmination of $1.2 million in funding received from the Utah State Legislature in 2016. The USU Extension and Distance Education building will be located on the current USU Botanical Center property in Kaysville. The building will be an addition to the already existing USU Kaysville Education Center.

The current USU Extension office is located at the Davis Memorial Courthouse in Farmington, but there has often been a disconnect since most of the Extension classes and activities take place in Kaysville.

According to Smith, the funding success could not have been possible without the legislative support and the elected officials’ vision of what USU Extension can do to better the lives of the citizens of Davis County and beyond.

“Extension faculty will now be able to walk out of the office and within a hundred feet, show the public what vegetables, berries and fruit to grow instead of just telling them,” he said. “In addition, the newly constructed edible garden will allow the public to taste what they see. They will also have the opportunity to walk through and see tree varieties, ornamental grasses and water conserving native plants, as well as hundreds of plants, trees and shrubs that grow well in Utah. Extension being located on the property completes the ‘Farm to Fork’ vision for the sustainability of Utah families.”

The Davis County Extension office will move to the new location in Kaysville in September.