The Challenges and Opportunities of Women-Owned Utah Businesses

By Julene Reese | October 5, 2022
facebook print or save pdf 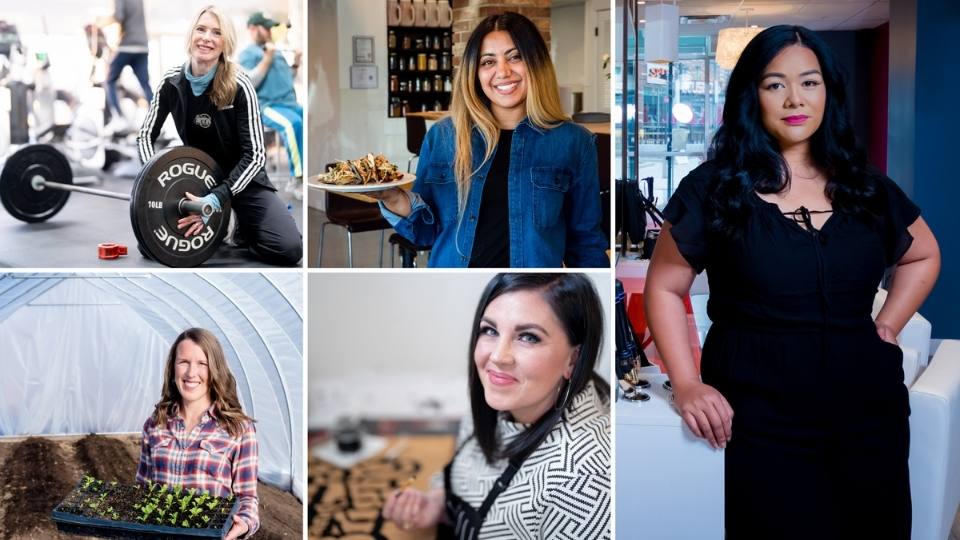 In 1997, the Women’s Business Center of Utah partnered with multiple organizations to conduct a survey of Utah women business owners to understand the roles their businesses played in Utah’s economy.

In 2022, the Utah State University Utah Women & Leadership Project (UWLP) partnered with the Women’s Business Center of Utah to conduct another survey of women business owners to discover where progress has been made and identify areas that need improvement.

Susan Madsen, UWLP founding director and lead report author, said that recent national research based on the number of women-owned businesses in each state ranks Utah 45th, with 16% of the state’s businesses being owned by women.

“However, Utah is ranked second of all states with the highest increase in women-owned businesses over the last two decades, which is a 77% increase for us,” Madsen said. “Utah is also ranked among the top 10 states with the most lucrative businesses for female-founded startups. In this regard, it would appear that women-owned businesses do quite well, despite the inequality Utah women often experience in other areas.”

The 2022 survey showed the three most common industries for women-owned businesses were: 1) advertising, business services, and information technology; 2) agriculture, construction, engineering, and manufacturing; and 3) food services, leisure, and travel. Of those surveyed, 65.6% owned 100% of their business, 86.4% started the business, and 10% purchased their business. Survey participants were predominantly White (89.6%), and 9.6% were Hispanic/Latino. In the 1997 survey, 94.1% of participants were White.

Many Utah women business owners have a college education. Those holding a graduate degree (31.9%), were followed closely by those with a bachelor’s degree (29.5%). Those who had some college/tech college/associate’s degree was 27.5%. In the 1997 survey, half as many women held graduate degrees (15.2%), but more had some college/tech college/associate’s degree (44.4%).

More than 70% of women business owners said they were married, 12% were single, and 8.4% divorced. A majority indicated they had no children under 17 at home. When women had a co-owner, it was usually a man, but when there were two or more additional owners, they were usually women.

Nearly 60% said they started their business because they wanted to create something, 51% said it was for independence, and almost 50% did it to make more money.

Coached by Ann Marie Wallace, state director of the Women’s Business Center of Utah, the 2022 research team sought to understand certain aspects of being a woman business owner in Utah, and they asked participants to answer four open-ended questions.

1. What women-specific challenges have you faced in operating or growing your business?

The most often-cited issue was balancing life responsibilities (18.5%), not feeling as if they were taken seriously (16.9%), and feeling a lack of support or being isolated (5.8%). Another barrier was a lack of resources for starting or running a business (14.3%). “It was hard to get a business loan as a female-only business owner,” said one respondent. Interestingly, 21.7% indicated they experienced no barriers operating or growing their business, but some said that while they had not experienced barriers, their business was noted as “appropriate” for women.

2. What has been your best advantage as a woman business owner?

At 28.8%, the most-cited advantage was “people skills” and the ability to create connections and relationships with others. The next most-cited advantage was the resources/support available to women as business owners (22%). Another advantage was providing a business environment that offered flexibility (18%). One woman said, “I appreciate being able to hire other great women to support my work and offer them the flexibility I wasn’t allowed early in my career...” Nearly 15% felt there was no advantage to being a woman and owning a business.

3. What support, if any, have you received?

Most frequently cited was having a support network (33.7%). This included family members, a spouse/partner, friends, clients, colleagues, other women business owners, peer business owners, business partners, staff, and other women. Over 28% of those surveyed mentioned organizations that supported business owners, and 9.6% emphasized having a mentor, coach, or consultant who provided support. The next area mentioned was financial support (15.2%), which included funding, grants, loans, and tax advice, but some said they received no additional support (20.8%). Community support (10.1%) was noted, including women’s networks, community-based awards, and support from a business-owner’s legislator.

4. How has accessibility and availability of childcare impacted your business?

Many participants said scheduling childcare had not impacted operating their business (58.6%), but many had no children, their children were grown, or they waited to start a business until their children were older. For those with children at home, one in five identified the challenge of balancing work with childcare. Accessing quality childcare was cited by 16.2%. One woman said, “My entire life is planned around childcare. Right now, I am paying more for childcare for my twins than I pay for my monthly mortgage, which will likely continue for two years since most school districts don’t have full-day kindergarten available.”

April Townsend, UWLP research fellow and report co-author, said Utah continues to rank well regarding women’s entrepreneurship in some metrics but not in others.

“Despite hurdles, women are establishing businesses that not only generate revenue and employ other Utahns but also contribute to their quality of life and the prosperity of local and statewide economies,” Townsend said. “Potential for success will continue to increase as more women receive adequate funding, resources, and support from strong professional networks.”

Madsen said it’s important to note that in 1988, only 34 years ago, the Women’s Business Ownership Act was passed and signed into law, making it possible for women to apply for a business bank loan without having a male relative as a co-signer. Since then, women-owned businesses have grown in number and their economic impact.

“We have come a long way, but we have further to go,” Madsen said. “We hope the results from this study can provide Utah business and government leaders with information to help them develop plans that support the growth of women-owned businesses in the future.”