Ask an Expert: Is Warm Weather Confusing Plants and Trees? 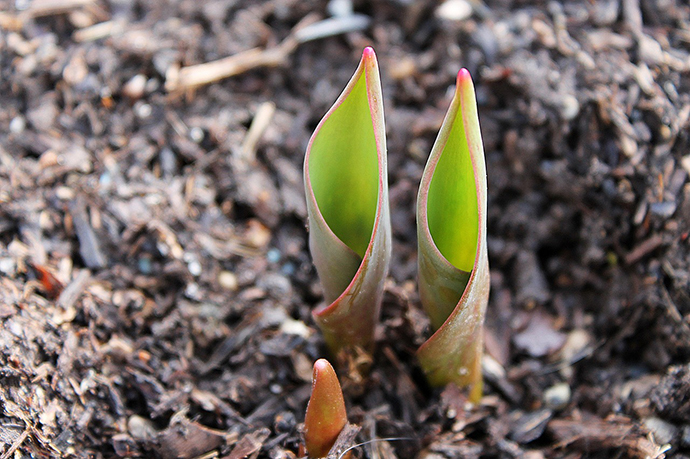 Many Utahns are concerned that the unseasonably warm temperatures are causing confusion for our plants and trees. While there is concern about plants breaking dormancy and emerging too early, thus increasing their susceptibility to frost, most plants are still dormant. Consider this information before getting too anxious.

* There have been sightings of bulbs starting to emerge, but this is normal. Each plant species responds differently to fluctuations in temperatures, but for the time being, most will be tolerant to freezing temperatures.

* Don’t be in too big of a hurry to begin pruning. Keep in mind that pruning stimulates new growth and that new growth is more susceptible to freezing temperatures. Prune apple and pear trees in mid-February, and stone fruits around mid-March along the Wasatch Front. For colder mountain valleys, begin pruning a few weeks after the Wasatch Front timing.

*Avoid tilling garden soils too early. Tilling soils while they are still wet damages the structure of the soil, causes a compacted layer and creates hard clods that are difficult to deal with later during planting.

* Most concerning now is our overall lack of winter moisture. The more populated areas of the state are only between 40 and 60 percent of normal precipitation. If the current situation continues, the growing season for 2019 could be challenging.

* Resist the urge to turn on automatic irrigation systems until late spring. Warm temperatures do not necessarily mean that plants need to be watered. Established landscape plants have extensive root systems that are able to access soil moisture better than most people realize. Many homeowners turn on automatic sprinkling systems several weeks before the plants actually need it.

* There is nothing we can do about the warmer temperatures besides enjoy them. It is going to be far more important for us to be aware of our water supply down the road, and begin now to conserve wherever we can.