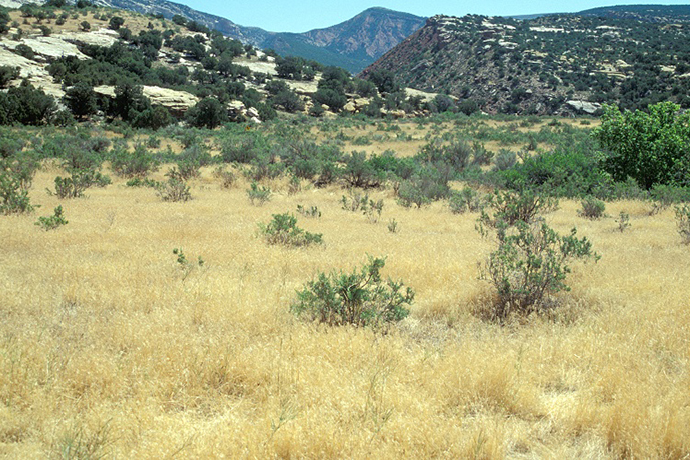 H.G. Wells’ 1898 novel, “The War of the Worlds,” provided the material for the infamous 1938 Halloween episode of the radio series, “The Mercury Theatre on the Air.” Orson Welles narrated an adaptation of the novel as a series of simulated news bulletins regarding a Martian invasion of Earth.

The news bulletins, which caused mass panic to listeners, reported on a chronology of events that included reports of explosions on Mars followed by objects falling from space. The invaders – the Martians – emerged from the objects and used heat rays to attack humans and devastate the landscape across the United States and the world.

Although the incidents were fictitious, in reality, since 1898, the United States and other countries have coped with literally thousands of invaders and catastrophic consequences that even H.G. Wells could not have predicted.

So who are these invaders?

According to Terry Messmer, Utah State University Extension wildlife specialist, they are plants, animals or pathogens that

are non-native (or alien) to the areas where they are now found. 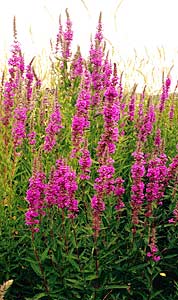 “These invaders are damaging the natural heritage of our wetlands, prairies, forests, lakes and rivers, which affect our ability to enjoy hunting, fishing, bird watching, camping, hiking and other recreation,” he said.

The U.S. Department of Agriculture National Agricultural Library maintains the National Invasive Species Center, established in 2005, as a repository of information on the new invaders.

Although the numbers vary widely, Messmer said research estimates that there are approximately 50,000 in the United States of which over 4,000 are considered invasive species. Invasive species cost our country more than $120 billion in damages every year.

According to the World Conservation Union, invasive alien species are the second most significant threat to biodiversity, after habitat loss. In their new ecosystems, invasive species become predators, competitors, parasites, hybridizers and diseases of our native and domesticated plants and animals.

“The more we know about them – who they are, where they are and how they got there – the greater chance we have of control,” he said. “But the longer we wait to control these species, the greater the damage and the costs of control.”

2. Do not purchase or use invasive exotic species in your landscaping, for land restoration or erosion control projects. For landscaping, use plants native to your local region as much as possible or those that are known to not be invaders.

3. Get to know your plants. If you are unsure of a plant’s identity, take a sample to your local USU Extension office. Try to find out if that plant has invasive tendencies. If the plant is closely related to an invasive species, it is also likely to be an invader. If you don't know it, don't grow it.

4. The best way to control exotic invasive plants in your landscape is by removing them entirely. Their spreading can be controlled by pruning to prevent flowering and seed dispersal, or cutting, mowing or using an approved herbicide.

5. Discuss your concerns about invasive exotic plants with nurseries and garden shops and ask them not to sell these species. Some of the most invasive species also may be the most colorful and easiest to grow. Ask them to stock non-invading alternatives instead.

6. Contact land managers or your county Extension office if you are aware of invasive plant infestations. Early detection and removal can prevent a full-scale invasion.

7. Be proactive, and offer to assist in exotic plant removal projects.

8. Work with your local city government to encourage their use of native plants in urban and suburban landscapes. Lists of attractive, non-invasive, native alternatives that are naturally more hardy, pest-resistant and provide food and cover for wildlife are available through your county Extension office or state wildlife agency.