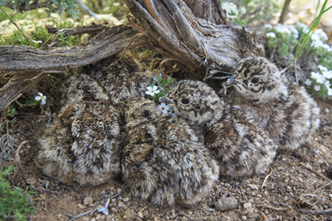 “Removing trees goes against what we typically think is good for the environment,” said Terry Messmer, USU Extension wildlife specialist. “But this study scientifically validates this practice as a sage-grouse conservation strategy.”

According to the research, the encroachment of conifers into sagebrush habitats is one of several major causes of sage-grouse declines. As trees spread into the sagebrush, predation may increase because the trees provide new nest sites and perches to birds of prey. Conifers also alter sagebrush habitats by robbing the plants of water and nutrients from the soil.

Sage-grouse habitats cover 165 million acres across 11 states in the West, a loss of 56 percent from the species’ historic range. At one time, the greater sage-grouse population numbered in the millions, but is estimated to have dwindled to 200,000 to 500,000 individuals range wide. 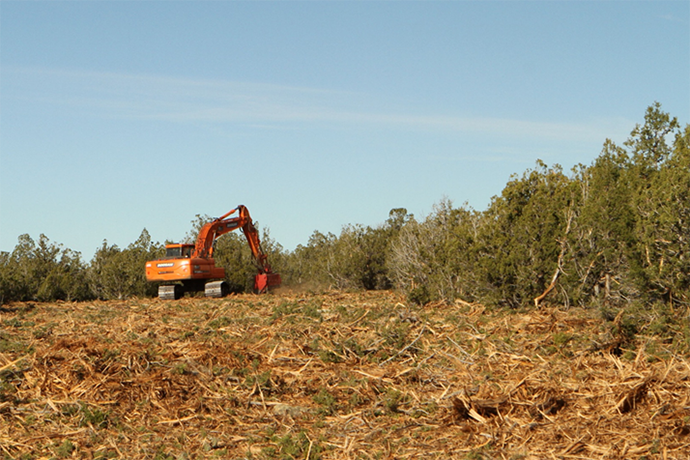 “Sage-grouse are considered the ‘umbrella species’ for 350 other species that depend on the sagebrush ecosystem for their survival,” Messmer said. “Conservation actions that benefit sage-grouse also benefit these other species and ensure the viability of the environmental services provided by sagebrush habitats.”

To conduct the study, researchers radio-marked 96 female sage-grouse hens in northwestern Utah and followed them and their chicks over a four-year period. Females that nested in areas cleared of conifers were more likely to successfully nest fledge their chicks.

“The speed at which these space-starved birds colonize our sagebrush restorations is remarkable, and their increased performance is the ultimate outcome in science-based conservation,” said Charles Sandford, former USU graduate student researcher.

The study was published in the Journal of Rangeland Management & Ecology and is available online at http://tinyurl.com/SageGrouseStudy. More information about sage-grouse restoration can be found at www.utahcbcp.org.

H.G. Wells' 1898 novel, "The War of the Worlds," provided the material for the infamous 1938 Halloween episode of the radio series, "The Mercury Theatre on the Air." Orson Welles narrated an adaptation of the novel as a series of simulated news bulletins regarding a Martian invasion of Earth.

Leaf diseases have become a concern this spring because of the cool, wet weather, and rain provides an efficient way for fungal and bacterial spores to spread. Fungal disease symptoms generally include irregular brown, yellow or black spots on leaves. If left unchecked, branches can also become infected. As the season progresses, the spots may turn into holes in the leaves.