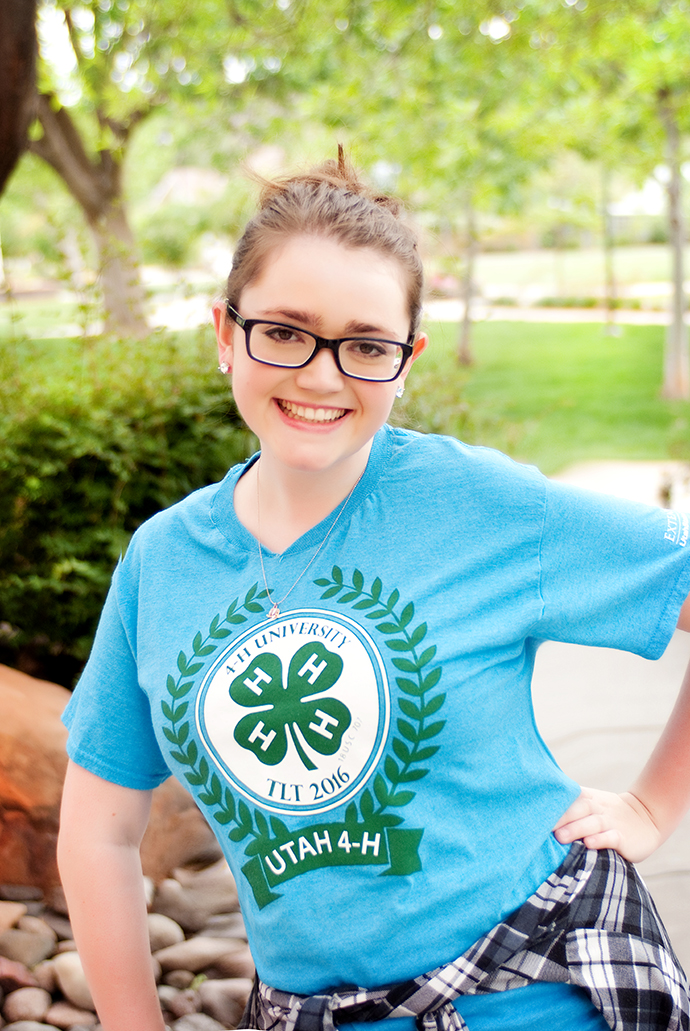 Terry first became interested in computers when she toured the Adobe Studio as part of a 4-H Teen Leadership Council trip. From that point on, she did everything she could to learn more about programming. She studied programming languages in online courses, attended after-school coding and robotic classes at Dixie State University and took many technology-based classes in high school.

“When I started learning to code, I felt like I didn't belong in the classes because I was the only girl there,” Terry said. “This made me push myself to learn more and try harder.”

As a leader and a teen mentor in the 4-H program, Terry taught technology skills at youth camps, including scratch programming, soldering, building and programming task-oriented robots, filmmaking and 3D print modeling. Terry served in numerous leadership roles during her time in 4-H, all while developing STEM programs in her county. She even got offered a job at Dixie State University teaching basic computer programming skills to elementary youth when she was in high school. She attributes her confidence and motivation to her time in the 4-H Teen Leadership Program.

Terry, now a college student at SUU, was eager to find ways to inspire more young girls to become interested in computers. As a part of the SUU ACM-W chapter, she has designed an event that will demonstrate and teach computer skills. The event will focus on computer programming, with participants learning skills such as loops, conditionals, sequencing statements, events, variables and parameters. Animation and graphic arts will be another focus, and participants will learn how to draw, create animations and curate images for a project. The event will also focus on research skills and finding credible information on the internet, and animal care, such as using computing to predict how to best allocate land for animal feed.

“It is my hope that this program will give girls the confidence they need to succeed in their studies and future careers,” Terry said.

The Southern Utah Coding for Girls event will take place on the SUU campus on January 20 and 27 and February 3 and 10. Registration fee is $10. To register, visit https://tinyurl.com/SouthernUtahCodingForGirls.