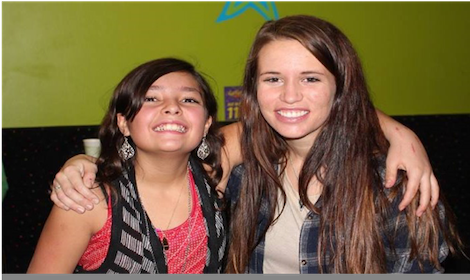 Utah State University Extension’s 4-H Mentoring program in Utah County has been awarded two grants by the United States Department of Justice’s Office of Justice and Juvenile Delinquency Prevention (OJJDP). The award was one of eight statewide programs awarded nationally.

“Between the two grant awards, 4-H Mentoring will work with over 500 youth, ages 9 to 15, considered at-risk for opioid and substance use,” he said. “The youth will be paired with a volunteer mentor who acts as a role model, friend and guide. We are thrilled to carry out this programming.”

The first award is a $1.25 million grant under OJJDP’s Mentoring Opportunities for Youth Initiative and is for three years. It will be implemented in Utah, Duchesne and Iron counties.

The second grant award is under OJJDP’s Opioid Affected Youth Initiative. This $690,000 grant will be implemented with the 4-H Mentoring model in Utah and Duchesne Counties. The program will specifically target youth most at-risk for opioid and substance use. The program will also work directly with families by providing events and camps to help strengthen family bonds, said Summers.

To learn more about 4-H and its youth programs, visit utah4h.org or utahcounty4h.org.