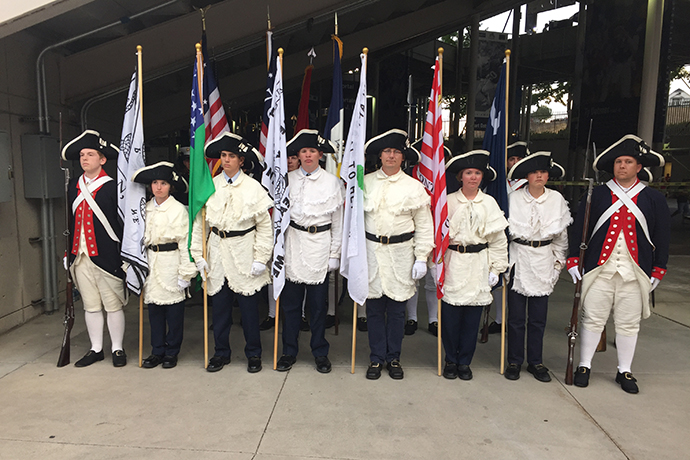 Every Monday afternoon, Utah State University Extension 4-H members show their patriotism and love for their country at the American Revolution Patriots 4-H Club at the Utah Military Academy in Ogden.

“Heritage is so important,” said Doug McGregor, one of the club’s advisors. “If we as Americans don’t remember our great heritage of the American Revolution and the founding fathers, we will be susceptible to those who don’t value liberty and freedom.”

The club has been invited to participate in multiple educational and patriotic events. They performed a color guard routine at the Stadium of Fire on July 1, which had a crowd of over 47,000, while also being televised at numerous military installations around the world. On September 16, the club members demonstrated the life of an American Revolution soldier at the Freedom’s Light Constitution Day Commemoration in Bountiful. Their next planned events include Liberty Trek in October and a Veterans Day parade in November.

The club is led by McGregor, Lyle Gingery and Gregg Hansen, who are members of the Utah Society Sons of the American Revolution. They volunteer their time, efforts and resources to the club with no expectation of compensation.

“If we can inspire and influence at least some youth to have a better understanding and appreciation of our American heritage and a deeper love for our country, then it’s completely worth it to me,” McGregor said.