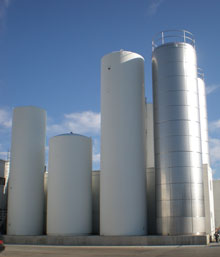 Excess nutrients (such as nitrogen and phosphorus) from sewage treatment plants can overstimulate growth of aquatic plants like algae. Although plants give off oxygen when they are alive, during decomposition dissolved oxygen is consumed. This can harm aquatic life like fish and insects that need dissolved oxygen to survive.

Pollution from industries occurs when water is used in production processes and then is discharged into waterways without proper treatment. Pollution from industrial entities are industry specific. For example, some power plants use water to cool overheating equipment. If this water is not cooled before being released back into natural waterways it can alter the temperature of that waterway. Certain fish and other aquatic animals can only survive in cool temperatures so the warmer water that is released can alter ecosystems.

Control Mechanisms
Allocations to point source pollution are implemented through permits that are consistent with Total Maximum Daily Load (TMDL) reports. A TMDL is a calculation of the maximum amount of a pollutant that a water body can receive and still meet water quality standards. It also includes an allocation of that amount to the pollutant's sources. The permits are issued by the EPA or states and tribes.

The term "nonpoint source" is defined to mean any source of water pollution that does not meet the legal definition of "point source" in the Clean Water Act (defined above).

An example of nonpoint source pollution would be rainfall or snowmelt picking up natural or anthropogenic pollutants and depositing them into water resources. In towns and cities where much of the land is covered by impervious surfaces (such as parking lots, sidewalks, rooftops, and driveways) water will flow into storm drains that carry the water directly to your local streams or lakes. This is referred to as urban stormwater.

What YOU can do to prevent NPS pollution 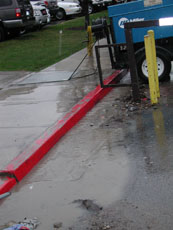 Nonpoint source pollution is the leading cause of water quality problems according to many states. Excess nutrients (such as nitrogen and phosphorus) from agricultural land uses like fertilizing, concentrated animal feeding operations, and pesticide spraying may run off into streams and rivers. This increase in nutrients may overstimulate growth of aquatic plants like algae. Although plants give off oxygen when they are alive, during decomposition dissolved oxygen is consumed. This can harm aquatic life like fish and insects that need dissolved oxygen to survive. 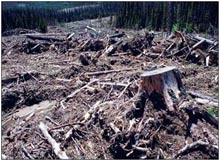 Construction or logging efforts can cause a significant increase of sediment in nearby waterways. The removal of vegetation exposes soil and without vegetation to take-up water there is a greater erosion potential. Suspended solids (turbidity) from erosion prevents sunlight from reaching aquatic plants. Without light photosynthesis cannot take place, which may reduce the amount of dissolved oxygen in the water. Dissolved oxygen is vital for fish and other aquatic life. Sediment absorbs heat, so if there are a lot of suspended sediments the temperature of the surface water can rise. Turbidity can also make it hard for fish to see their prey. Heavy loads of suspended solids can even clog fish gills and filter-feeding devices of aquatic macroinvertebrates (water bugs). As solid matter settles, it may cover and harm plants and animals and spawning beds.

Drainage or runoff from abandoned mines may also contribute to nonpoint source pollution. If air, water and sulfur-containing rocks mix, chemical reactions can lead to the formation of sulfuric acid and iron hydroxide. This acid runoff dissolves certain heavy metals (e.g., copper, lead and mercury) which contaminate waterways. Acid mine drainage can also affect the pH of water. Water with an extremely high or low pH is deadly. Water with relatively low pH (acidic) may reduce the hatching success of fish eggs and irritate fish and aquatic insect gills and damage membranes.
Control Mechanisms 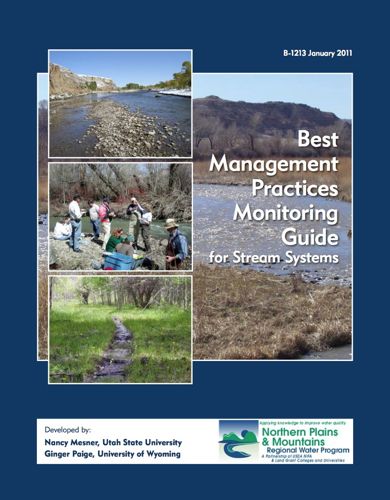