Natural barriers that isolate species and prevent them from spreading to new regions:

Why care about invasive species? 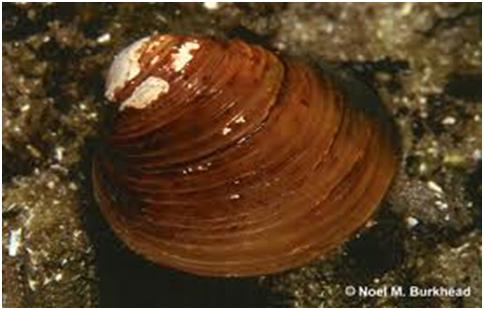 Human activities that may introduce or perpetuate the spread of invasive species:

Invasive species are the second leading cause of species extinction and loss of biodiversity in aquatic habitats throughout the word.

In the eastern US experts estimate that mussels cost power and water industries 5 billion dollars every year. Companies must pay to remove mussels from clogged filters, pipes, and water delivery systems.

Tamarisk has displaced native vegetation (e.g., cottonwoods, willows) on approximately 1.6 million acres of land in the Western United States and is still spreading. Tamarisk grows in dense thickets and can take up 200 gallons of water each day. The west is losing anywhere from 2 to 4.5 million acre-feet of water each year due to this invasive species. 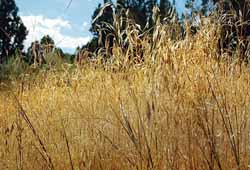 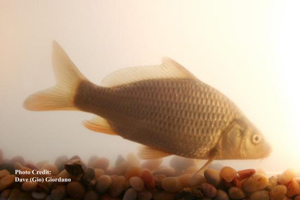 Common Carp Cyprinus carpio (shown above) feeds by searching through underwater vegetation. This feeding habit uproots plants which muddies the water. This makes it hard for other fish to see and destroys the food and cover for other fish. 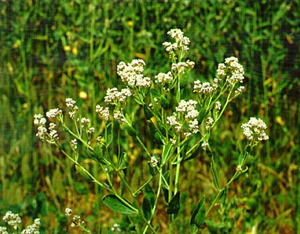 Pepperweed Lepidium latifolium(shown above) invades riparian zones, salt marshes and other habitats in the western United States. It can interfere with the regeneration of cottonwoods and willow, which are two important native species in western stream corridors.

Tips to stop the spread of invasive species

Spread the word, not the invasive species 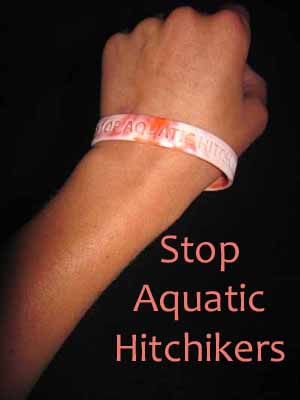 Control of invasive species can be extremely difficult once they are established.  The cost to prevent, monitor, and control invasive species is huge. Prevention is far better and less expensive than control so let's work to keep them out!

Informing the public by local, state, tribal, and federal agencies can be expensive, time consuming, and sometimes even intrusive, especially when people are trying to enjoy being outside. By telling just one other person, like a neighbor or friend, you can help raise awareness and protect our water.

When you are buying plants for your yard or garden make sure they are not invasive species. Replace invasive species with non-invasive plants. Contact your local nursery for more information.

Don't release aquarium fish, live bait, or other exotic animals, or plants, into the wild. If you plan on owning an exotic pet, please do your research before committing to take care of it.

Clean your boots, bags, and any other equipment after hiking or backpacking and throw away food before you travel to different places.

Invasive Mussels video by the Utah Division of Wildlife Resources