Utah's rangelands were in very poor condition at the beginning of the 1900's due to unregulated livestock grazing. With the advent of modern range management, however, vegetation conditions have improved dramatically throughout south-central Utah. In general, Utah's rangelands are healthier today than at any time during the last 100 years. Shown is Plate 46 near Sargent Lake in the Tusher Mountains. Note the significant increase in plant cover and forage production. 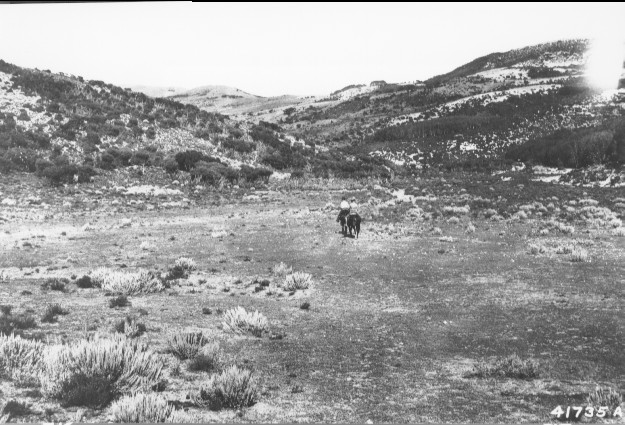 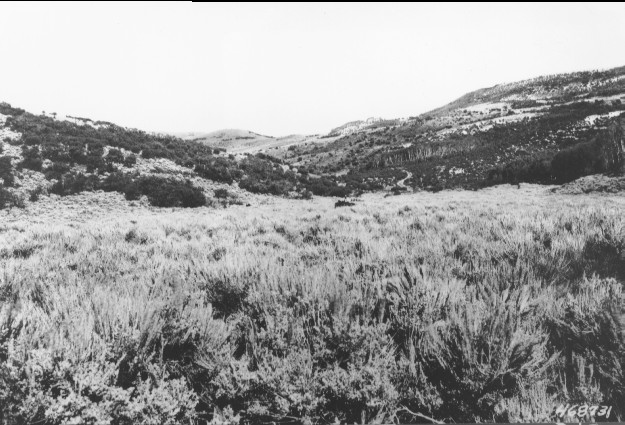 On some areas, unregulated livestock grazing at the turn of the last century led to accelerated soil erosion. Those conditions, though, have now largely been corrected through the application of modern range management and other restoration techniques. The area in the accompanying photoset was contour-trenched, gully-plugged, and reseeded by the Forest Service - -improving rangeland health significantly. Shown is Plate 117 on the North Fork of Chalk Creek in the Pahvant Mountains. 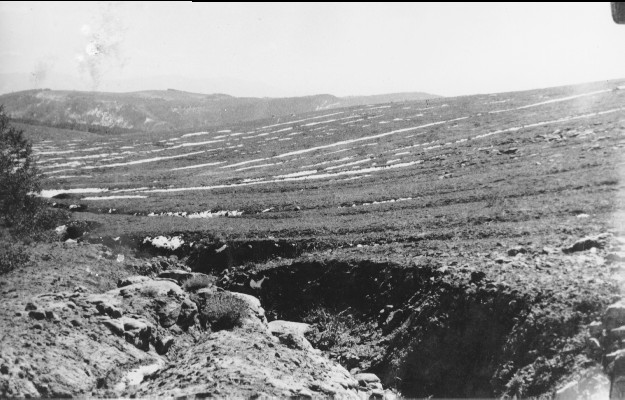 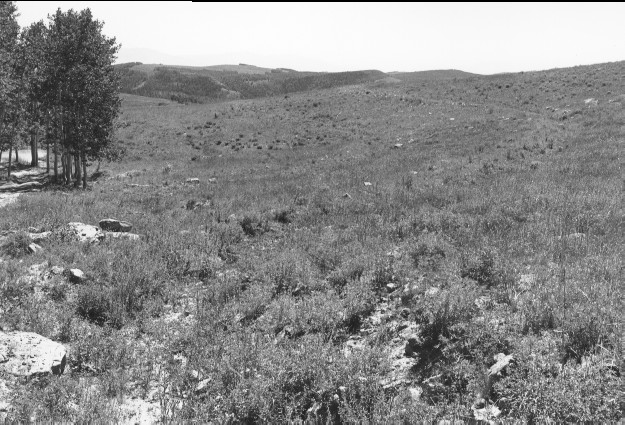 Through proper range management, soil erosion has declined throughout south-central Utah. The area in the accompanying photoset was not reseeded or otherwise treated, but with improved management, it has recovered naturally. Shown is Plate 224 near Glenwood, Utah. This site is on State land. 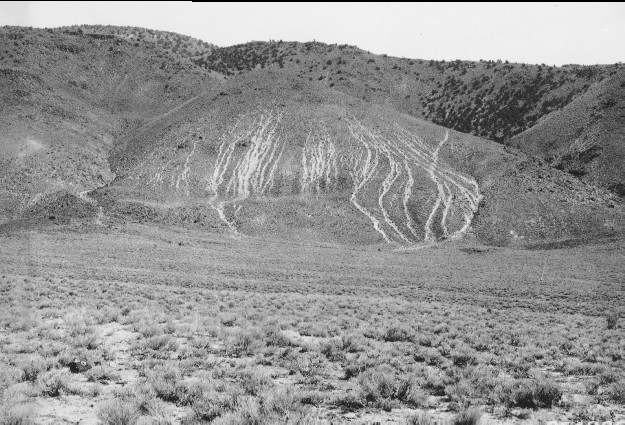 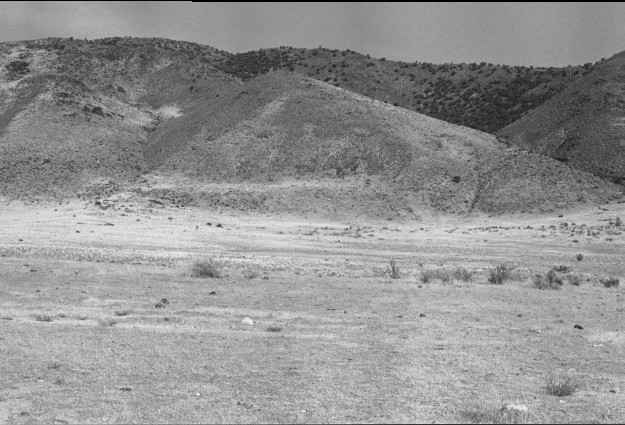 Unregulated grazing at the turn of the last century also had a negative impact on riparian areas because livestock tend to collect around springs and other water sources. In the accompanying photoset, lakeside vegetation was virtually non-existent during the early 1900's, but has responded positively under proper range management. Note the improvement in plant cover and forage production. Show is Plate 56 -- Sargent Lake in the Tusher Mountains. 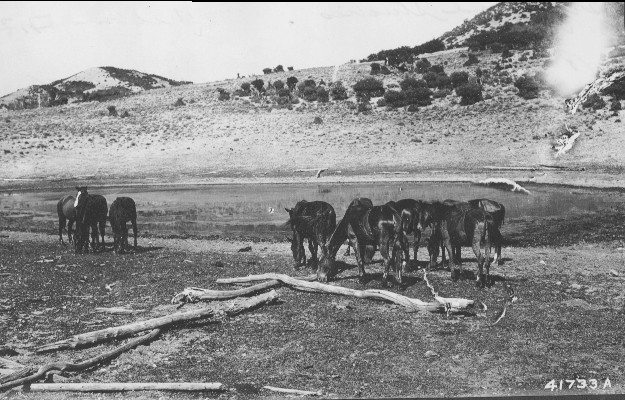 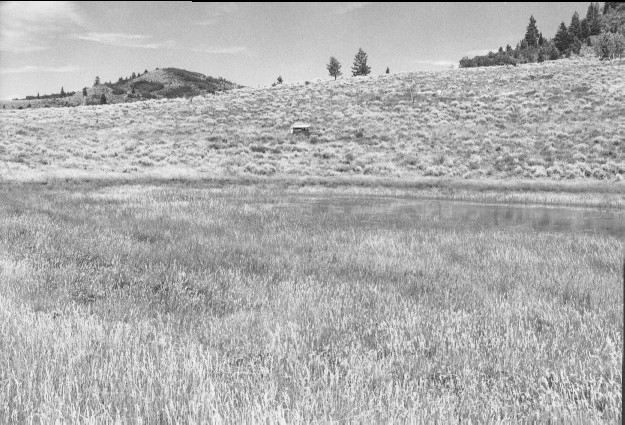 With the implementation of rest-rotation and other grazing systems, many of Utah's streams have also improved. Salina Creek which was virtually denuded in 1912, but has since recovered and now supports a dense growth of 10-15 foot tall willows. Beaver are also common today, unlike earlier times. In addition, note how pinyon-juniper has increased on the slopes above the creek. Shown is Plate 102 -- this section of Salina Creek is above Interstate 70. 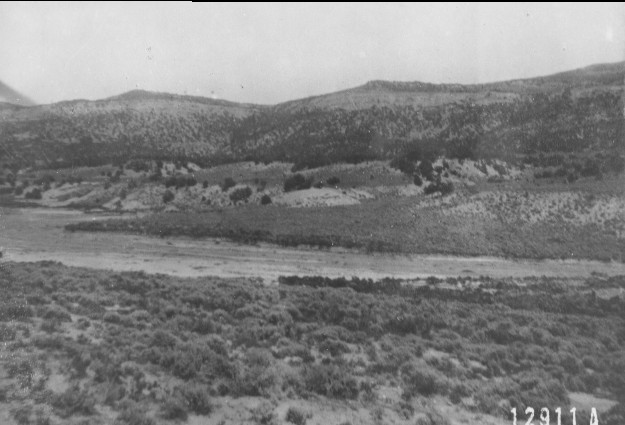 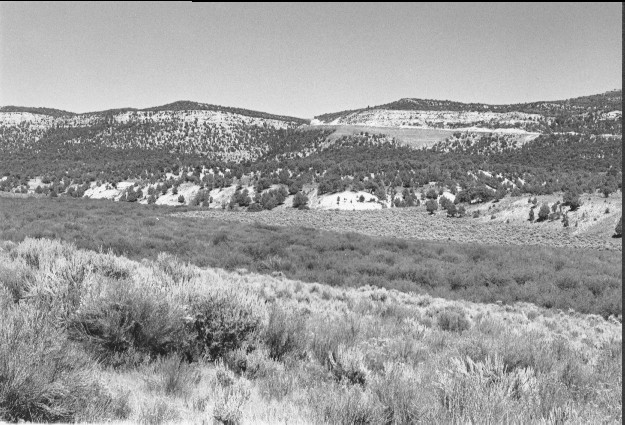 Elements of the public have expressed concern that oil and gas development may permanently scar Utah's environment. Shown is an active drill rig in 1962 and how that area has naturally revegetated - - this was prior to the reclamation standards that we have today. Aspen on the hillside was killed by a recent prescribed fire and has not yet regenerated from root sprouts - - under present climatic conditions, aspen does not establish from seed and has not done so for the last 10,000 years. Shown is Plate 99 in the South Last Chance drainage north of Loa, Utah. 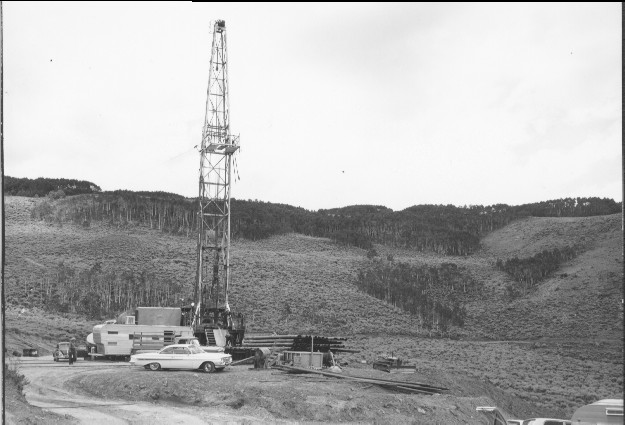 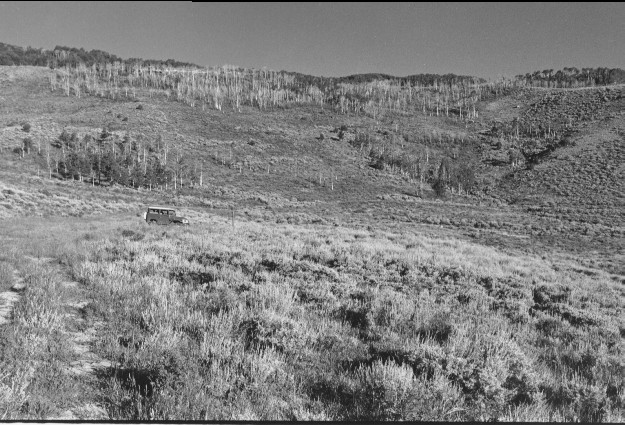 The public is also concerned that mining may irrevocably damage Utah's natural heritage. Shown is the Kimberly Mining District in south-central Utah, and 40-50 years of mining activity can clearly be seen in the 1917 photograph. With time, though, even those impacts have largely been erased. Moreover, this recovery occurred naturally, as turn of the century mines did not have to meet today's reclamation standards. Shown is Plate 165 -- Annie Laurie Mine in the Tushar Mountains. 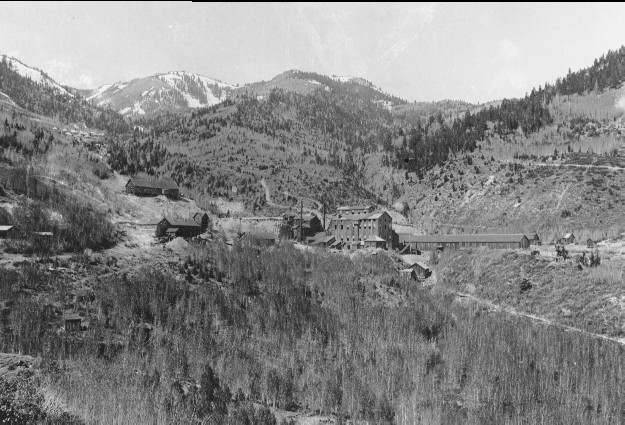 All is not well on Utah's rangelands, however, because pinyon, juniper, and other woody species have increased significantly since earlier times. This is due primarily to a long history of active fire suppression by various governmental agencies and the elimination of aboriginal burning. In the past, a high frequency of low-intensity fires once kept many of Utah's rangelands free of pinyon and juniper, or at least reduced those plants' densities. This is important because as pinyon-juniper increases, grasses and forbs decline, thereby reducing the carrying capacity of the land for either wildlife or livestock. Shown is Plate 62 in City Creek Basin above Junction, Utah. 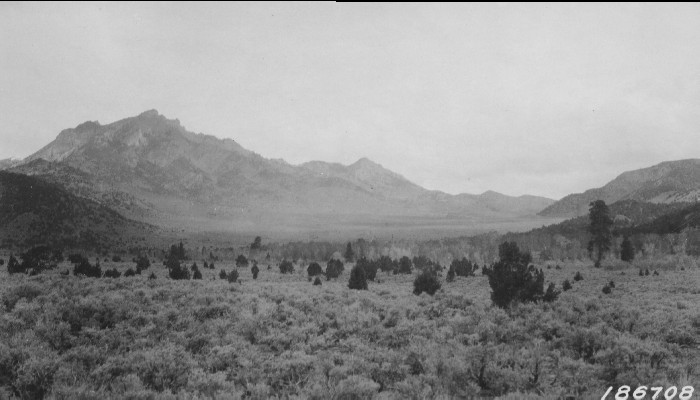 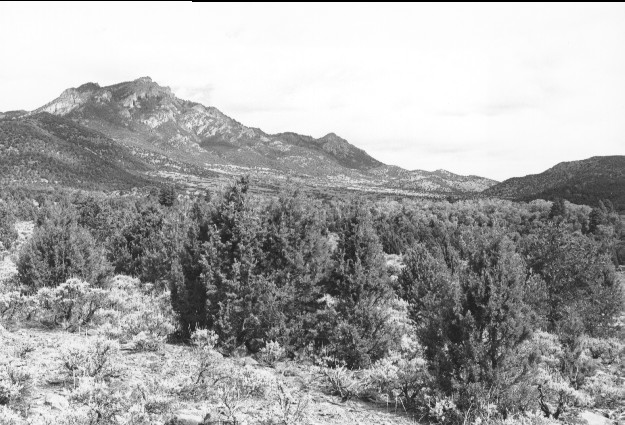 Prior to European settlement, frequent, low-intensity fires limited the spread of sagebrush into Utah's grasslands. Fire suppression, however, has allowed sagebrush to increase, which, in turn, has caused grasses and forbs to decline, thus reducing range carrying capacity. This has happened even on treated sites. The area in this photoset was root-plowed and reseeded in 1943 and by 1944 a lush stand of grass had been established. Today, however, sagebrush has reinvaded that site and the production of grass and forbs has declined precipitously. In the absence of fire, pinyon and juniper have also increased on the more distant hillsides. Shown is Plate 217 in the Little Lost Creek drainage. 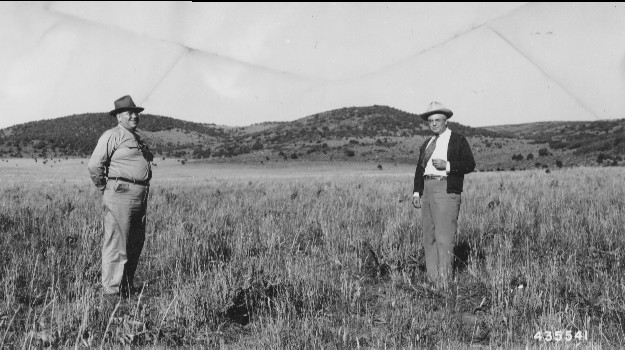 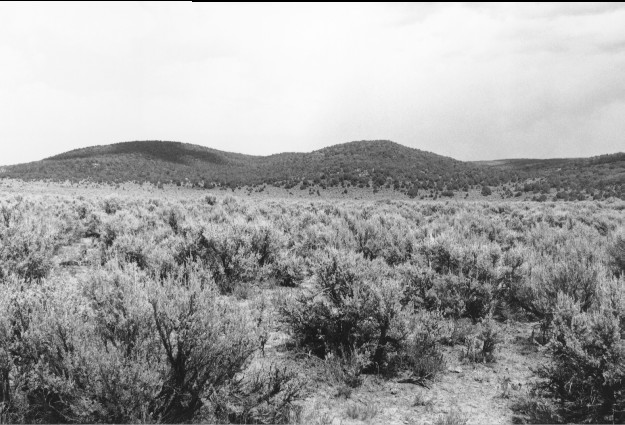 Lack of fire has also adversely impacted Utah's aspen communities. This is important because aspen uses less water than encroaching conifers. So as conifers have increased, stream flows have declined. In addition, aspen communities have exceedingly high biodiversity, second only to riparian areas, and as Utah's aspen has been lost, so has the state's biodiversity. And finally, unlike coniferous forests, which produce very little understory vegetation, aspen stands produce an average of nearly 2,000 pounds of air-dried forage per acre. Thus, invading conifers have severely reduced the carrying capacity of Utah's rangelands. Shown is Plate 32 -- this eary photograph of Bee Lake on Boulder Mountain was taken by Hillers in 1872 and has appeared in several publications. Today, though, the lake is unnamed. 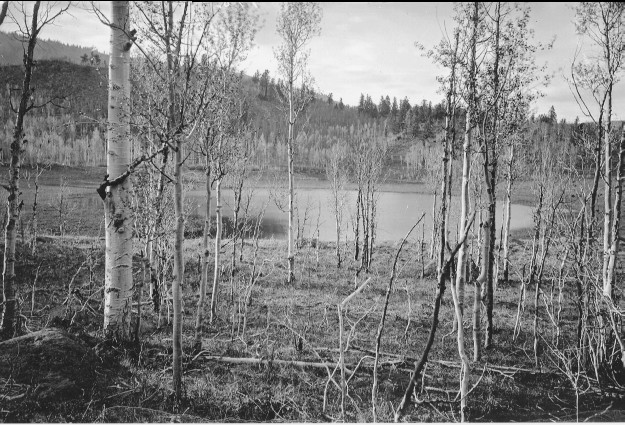 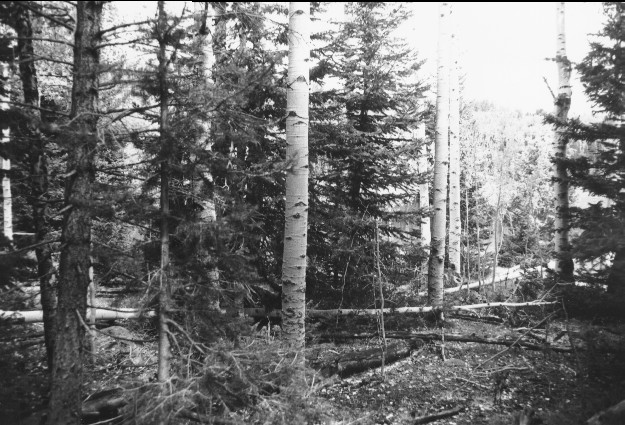 Historically, there were over 300,000 acres of aspen on the Fishlake National Forest, but today, aspen occupies only about 150,000 acres. As aspen communities have been converted to conifers, approximately 150,000 AUM's have been lost on the Fishlake. For comparison, only 140,000 AUM's are currently allocated to livestock on the entire forest. Similarly, Utah once contained over 2.5 million acres of aspen, but that figure is now down to only 1 million acres, and aspen is still declining. Thus, in just the aspen type alone, Utah has lost approximately 1,500,000 AUM's during the last 100 years. To put this in perspective, all the national forests in Utah presently allocate just slightly more than 1 million AUM's to livestock. When other vegetation types are considered, Utah may have lost 3-4 million AUM's to encroaching woody species. This should be a major concern to everyone in the state because not only is there less forage to support the livestock industry, but there is also less habitat for wildlife. The plants that elk and mule deer prefer, for instance, have also declined as conifers have increased. Thus, long-term vegetation changes are more than an academic interest and should be of concern to everyone in the State.