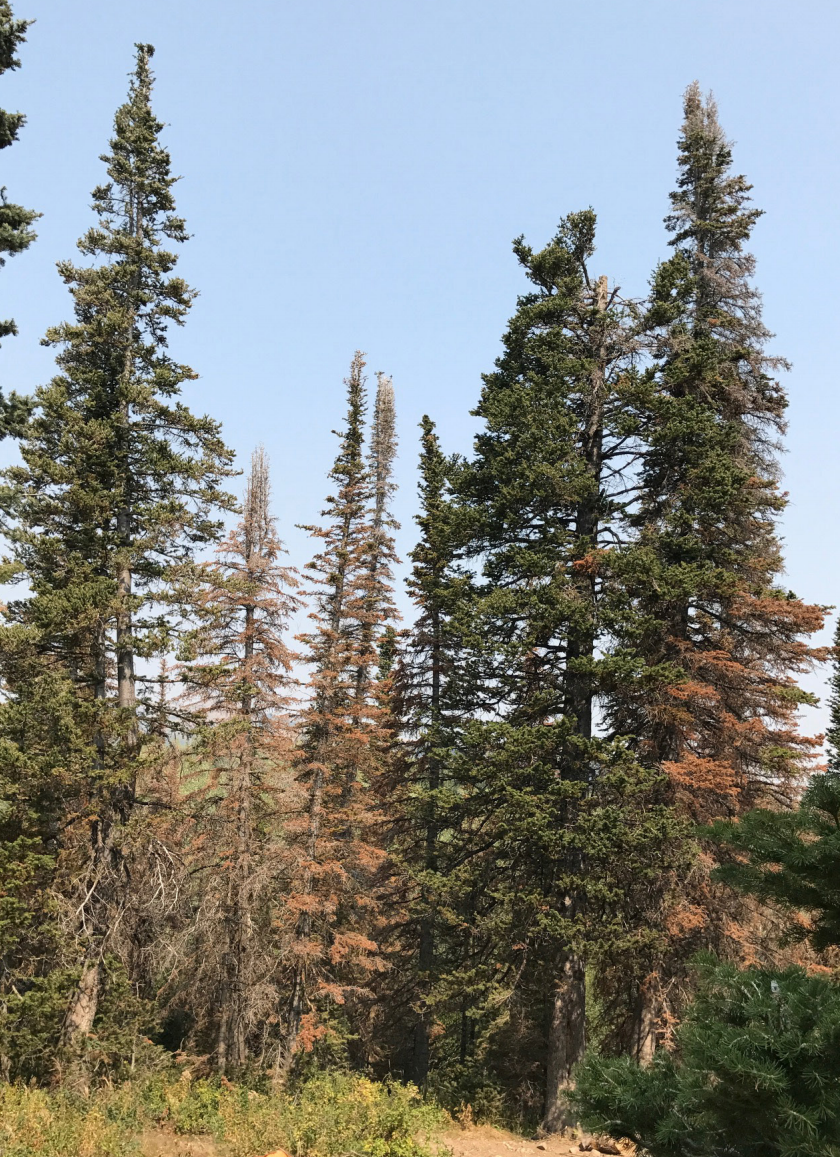 The balsam woolly adelgid, Adelges piceae (Ratzeburg) (Hemiptera: Adelgidae), is a tiny sucking insect that was introduced to North America from Europe. In the U.S., it is a serious pest of true firs in forests, landscapes, and in seed and Christmas tree production. In some areas of North America, BWA has completely removed true firs from forest stands. In Utah, subalpine fir (Abies lasiocarpa) is a highly susceptible host tree; white fir (A. concolor) is also a host but is more tolerant. Douglas-fir (Pseudotsuga menziesii) is not a true fir and is not affected by BWA. The USDA Forest Service Forest Health Protection (FHP) team in Ogden first detected and confirmed BWA in the mountains above Farmington Canyon (Fig. 1) and near Powder Mountain Resort. It is now confirmed in Box Elder, Cache, Rich, Weber, Davis, Morgan, Salt Lake and Summit counties. Subalpine fir typically grows at elevations above 7,500 ft, and until now, has been one of the few forest tree species that has resisted large-scale pest infestations.

Subalpine fir is at high risk for attack by BWA in Utah. Vigorous, mature trees 4 inches (10 cm) or more in diameter seem to be most susceptible, but saplings may also be affected. In the West, stem (trunk) infestations are most abundant on sites with higher quality soils and conditions, including lower elevations, while crown attacks occur more often on sites with poorer soils and at higher elevations. Damage is most severe in the first decade of infestation in an area; however, BWA will remain in an affected area indefinitely.

The insect (adult, egg, first instar) is most visible in the fall in Utah. Common crown symptoms include: 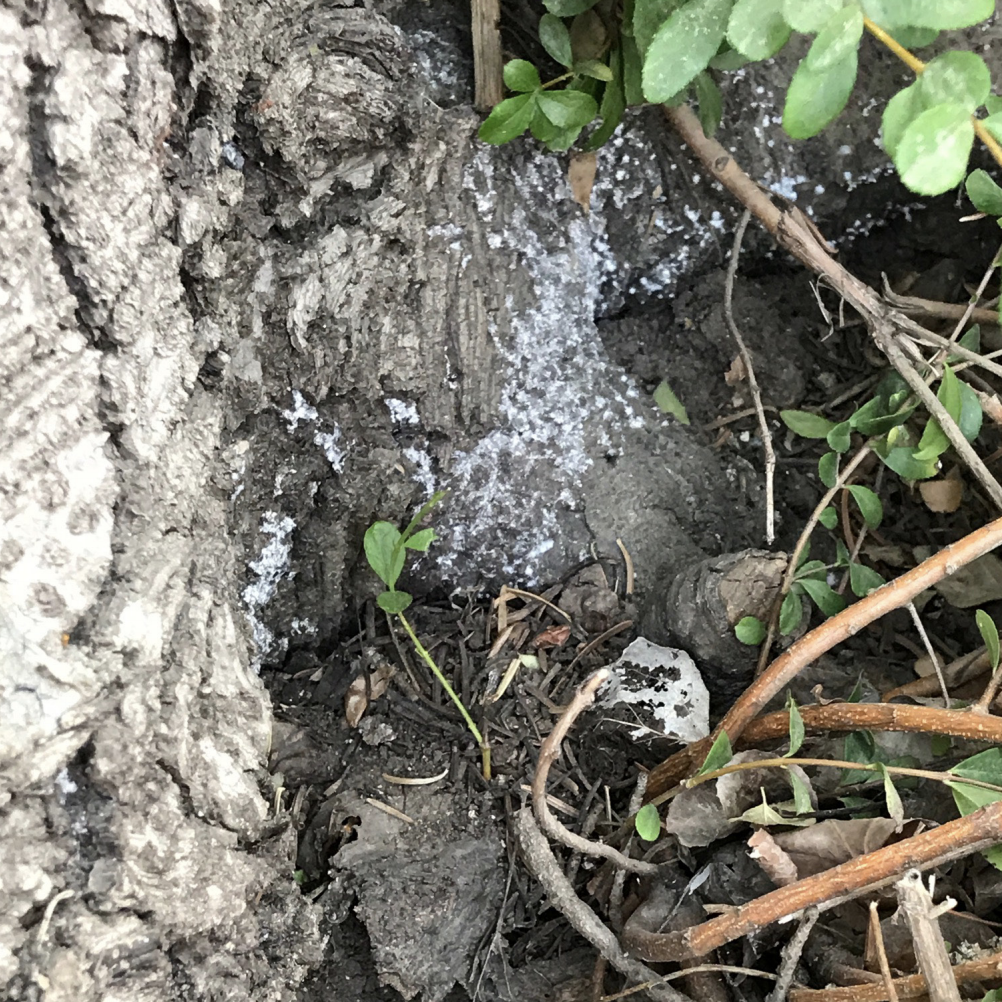 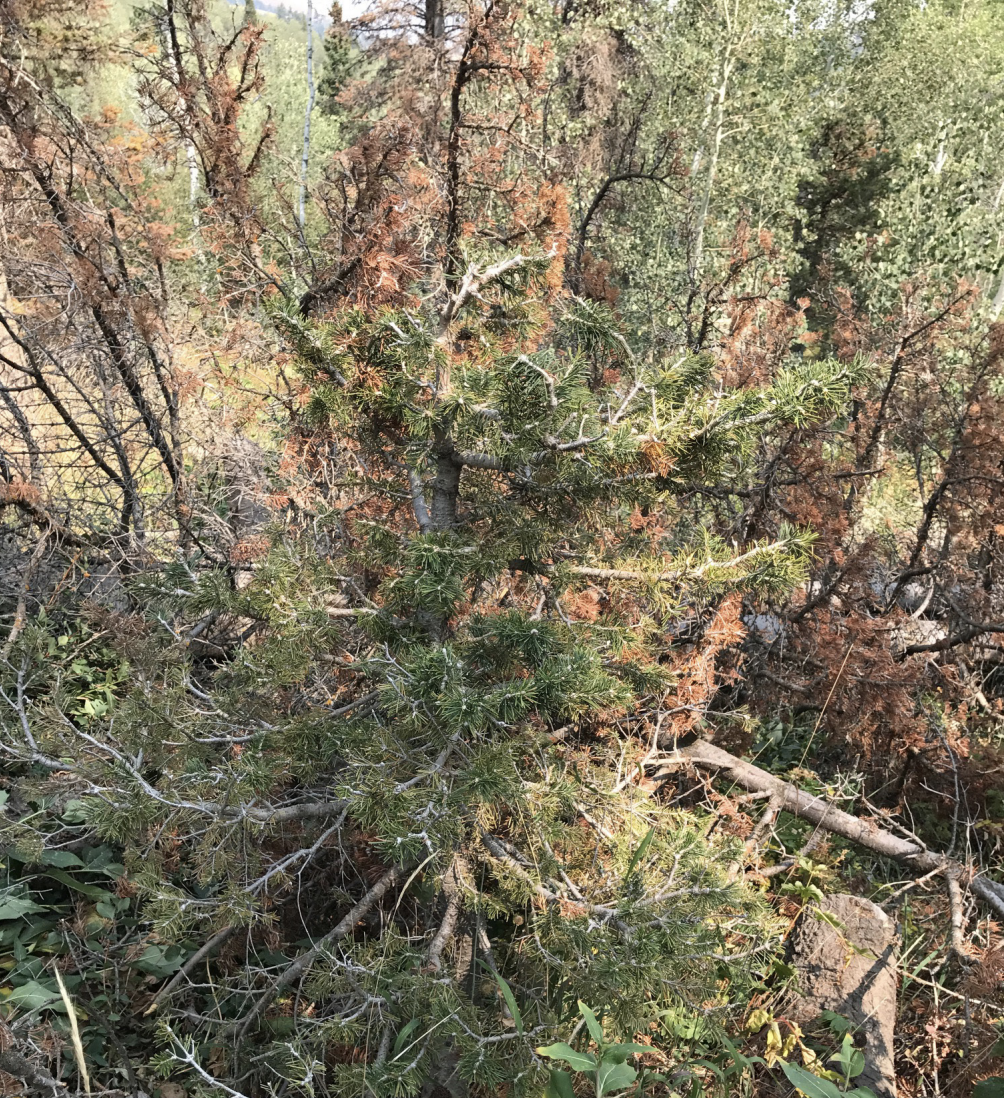 Stem or bole infestations tend to be more serious than crown infestations, and can result in wide, irregular growth rings and reddish, brittle wood called “rotholz”. Host responses to BWA feeding include decreased water flow to the crown that leads to tree death. Tree mortality typically occurs within 2-10 years of infestation; heavy infestations can kill trees in 2-3 years.

Two generations are most common in the mountainous regions of western North America (Fig. 6). In cold locations, a resting (immature) nymph stage, or neosistens, is the only stage that can survive winter temperatures. 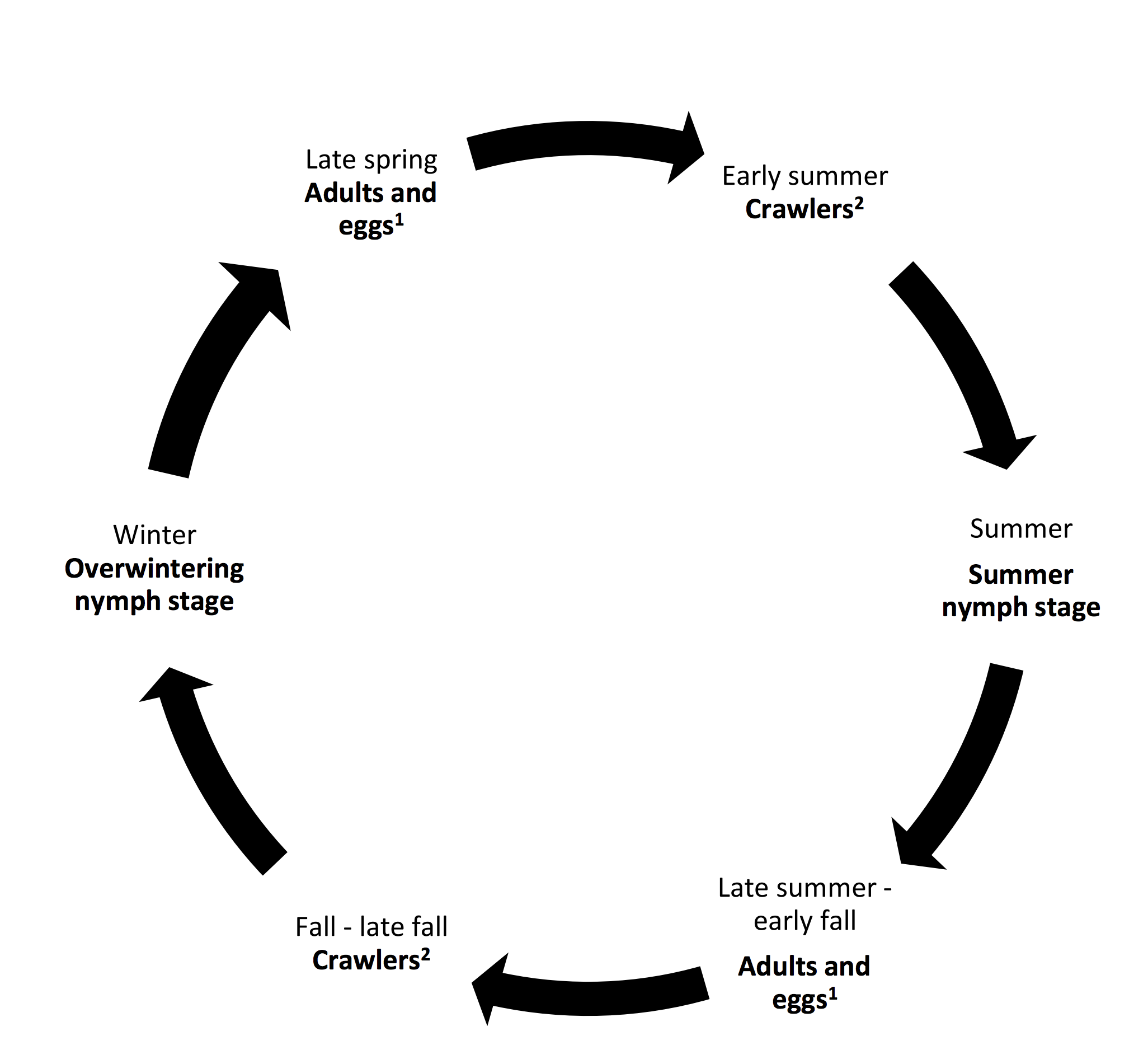 Fig. 6. Balsam woolly adelgid life history in Utah. 1 indicates the appropriate time for monitoring infestations of the insect.
2 indicates an appropriate time to consider management options, such as chemical treatments and movement restrictions.

In forests, common monitoring methods include aerial surveys to detect tree stand decline, followed by groundtruthing to identify specific BWA symptoms. Turnquist and Harris (2015) describe a systematic sampling method for signs and symptoms of BWA to estimate the extent of infestation in an area.

In older stands, recently windblown branches, and slash, examine the upper-third portion of tree crowns. Binoculars are a useful tool for these observations. Look for:

Also examine the main stem for presence of white wool (sign of adelgid) up to a height of about 30 feet (10 m). Collect samples of signs and symptoms for verification.

In young stands, sample and examine branch nodes from two 2- to 11-year-old branches per tree, from two trees per site.

Completely removing BWA from western ecosystems is unrealistic, as they are widespread and disperse by the wind. At the forest scale, the most effective tactics to reduce BWA damage include:

Due to small size, protected feeding sites and the presence of wax around BWA second and third stage immatures and adults, aerial insecticide applications do not provide coverage adequate for insect control. A thorough insecticide application to high value trees (to bole and branches/entire trees) from the ground using a high-pressure system can provide control of BWA in areas such as ski resorts, cabin properties, campgrounds, tree farms and in urban settings. Including other management techniques, such as planting non-host trees, can prove useful since chemical treatments would be indefinite, costly, and ongoing.

Widespread mortality of subalpine fir is already occurring at some locations in northern Utah. In many cases, there are few other tree species to occupy the growing site. This problem increases the potential for BWA to inflict great ecological damage through increased erosion, decline in watershed health, loss of wildlife and their habitat, and reduction in recreational value. Additionally, the potential of dying and dead fir adding to fuel loading in forest landscapes is a high concern. BWA-caused tree mortality occurs at a slow rate. True fir species are known for their capacity to retain dead green and dry needles in canopies over long periods of time, likely infuencing fire severity and behavior.

A Utah partnership has been formed to implement survey, research, education and management efforts for BWA. Led by the Utah Department of Agriculture and Food, members represent concerned organizations including the United States Department of Agriculture (USDA) Forest Service; the Utah Division of Forestry, Fire and State Lands; Utah State University Extension; USDA Animal and Plant Health Inspection Service; and ski resorts (Fig. 7). This group is coordinating efforts to secure grant funding to study BWA and its impact in Utah, and to develop public educational resources.