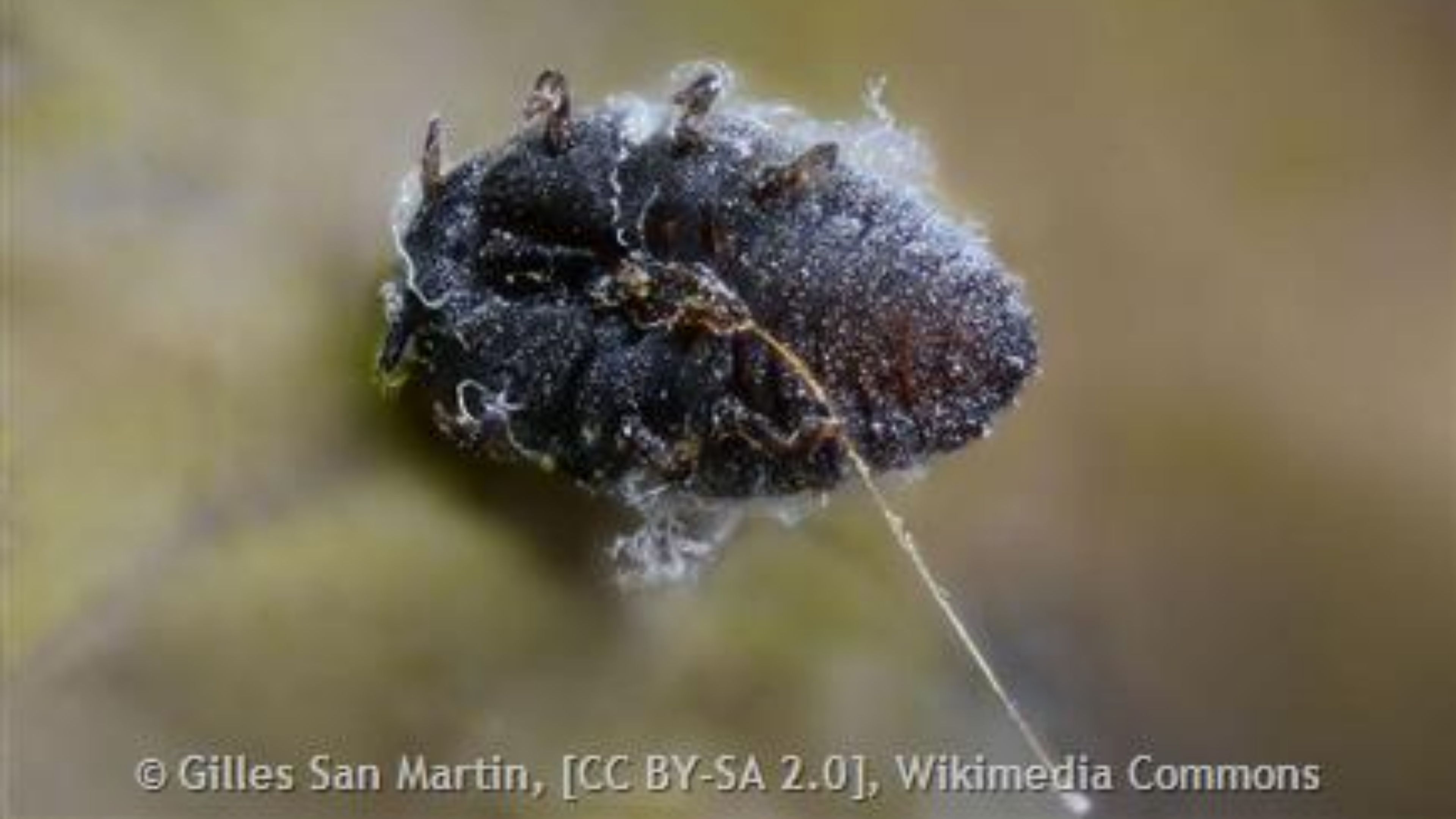 True firs are important high-elevation trees that are threatened by numerous stressors. Adding to the list of stressors is the balsam woolly adelgid, a small plant-feeding insect that was discovered in northern Utah in 2017. USU research is investigating the adelgid life cycle, host susceptibility, and site factors to predict outbreaks.

Balsam woolly adelgid (BWA) has been a pest of eastern North American firs for over a century, initially found attacking balsam fir in eastern Canada and Maine. Native to southern and central Europe, it is believed to have been introduced on nursery stock. By 1960, populations were established along the east and west coast regions of the U.S. and Canada, likely from independent introductions from Europe. During the adelgid’s initial spread in the 1960s and 70s in the Appalachian Mountains, Fraser fir populations declined by 80%. BWA are found on bark, feeding on plant  cells (parenchyma) of all members of the Abies genus including balsam fir, Fraser fir, grand fir, white fir, and subalpine fir (its primary host in Utah), with differing levels of intensity. The ubiquity of fir in mountainous areas of the Intermountain West may allow for continued spread of BWA. True firs are important sources of food and shelter for high-elevation wildlife, and in mixed stands, they provide diversity in the event of pine or spruce beetle outbreaks.

Identifications and Symptoms: In its native European range, BWA has a complex life cycle alternating between spruce and fir host trees, causing very little damage to these trees due to their long evolutionary relationship. In North America, only asexual reproduction occurs, and tree damage has been severe. In the heaviest of infestations, matrices of white, woolly masses of adelgids occur along the tree bark, branches, and twigs. Toxins in the adelgids’ saliva cause swellings (also known as gouting) along the nodes of young branches. Extended feeding leads to dieback and flagging of branches, and tree death may occur within five years of initial infestation. Asexual reproduction creates BWA offspring that are nearly genetic clones of the parent, increasing the likelihood of pesticide or environmental resistance that can be passed on to the next generation.

Evidence suggests that fir species have differing levels of resistance, and a better understanding of this is needed as BWA continues to colonize white and subalpine fir in Utah. In addition, BWA is difficult to detect during early establishment, and rates of establishment can vary. Learning its adaptability to gradients of climatic conditions is essential.

With funding from USDA Forest Research and Development, researchers at Utah State University and the US Forest Service-Rocky Mountain Research Station are conducting several studies in the Intermountain West, including:

Die-off in fir stands contributes to ecosystem decline including increased erosion, loss of forage and habitat for wildlife, and declines in watershed quality and forest resilience. Losses may also affect tourism, in particular, in Utah’s ski industry where subalpine fir is common along ski slopes. Stakeholders in various organizations such as the USDA, the US Forest Service, and USU are coordinating efforts to monitor and study BWA’s potential spread and impact in Utah. Our study results will help support forest management agencies and landowners in timely and specific management practices based on site characteristics.